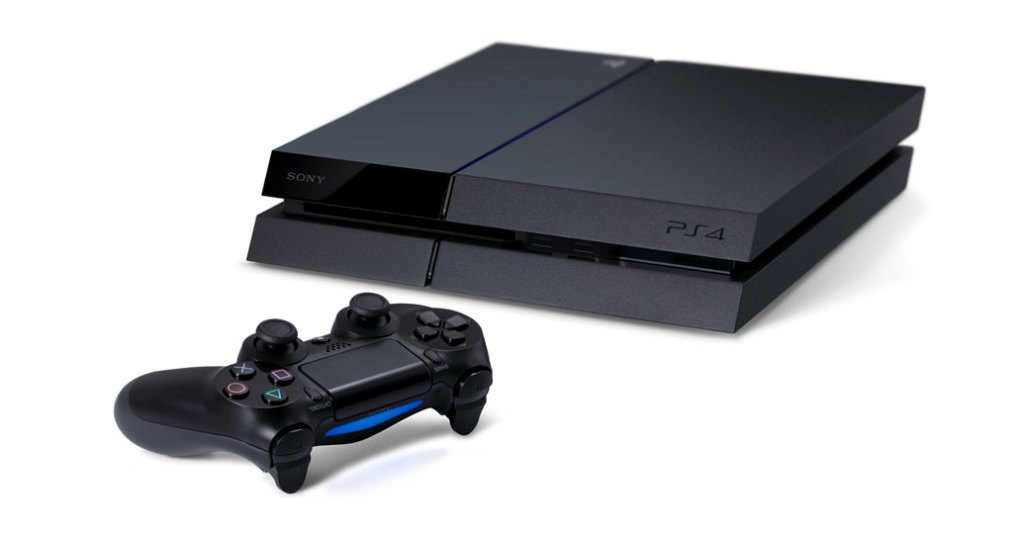 In 2006 gamers saw the end of the PS2. From that we transitioned in to the next generation of gaming with the introduction of the PS3. I didn’t quite know what to expect with the PS3 but I knew it would be a good thing. I was right.The PS3 changed the gaming experience with more elaborate and bigger games. It changed the way I played games with my friends with online gaming. Introduced a new way to buy my games via OTA downloads. Even the way I saw games visually changed with the new HD formats that came along almost simultaneously. With the introduction of the PS3 I felt like console gaming was changing for the better. 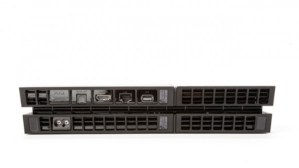 Enter 2013 and the PS4. The tradition continues. On November 15th Sony  introduced their next-gen PS4 gaming console to the world and now I get to see first hand what next-gen gaming is all about. I knew once I purchased the PS4 I would have an experience different from the PS3 but to what extent. I opened the box, removed all the packaging and pulled out the PS4. It’s a compact parallelogram shaped box about half the size and weight of it’s predecessor. The box comes with the standard HDMI connection, power plug, and the new dual shock 4 controller. I took a look at the front of the PS4 and saw that it comes with two usb 3.0 ports, slot load dvd drive and the power and eject buttons (which were a pain the neck to find). The back of the PS4 has the same connections that the ps3 has so the connection part of the process was easy. I powered the device on began the setup. I picked up the DualShock 4 and I didn’t feel too much difference from the DualShock 3 and to me this was a good thing. I didn’t have to go through the weird feeling of getting used to a new controller. The only thing was noticeably different to me was the touchpad which I’m not quite sure how it’s going to be used going forward and it remains to be seen. The light bar on the front side does give it a cool factor as well as signifying which player you are and this is different from the prior control pad. 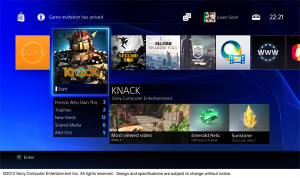 I began the WiFi part of the setup and I noticed when scanning for my network that the PS4 didn’t recognize my 5Ghz network but it recognized my 2.4Ghz network. I use a 2014 dual band Airport time capsule which also supports the new 802.11ac Wifi standard which I later found out the PS4 doesn’t support. I heard some buzz about this prior so I was prepared for the possibility and unfortunately it’s true. Hopefully it’s something that Sony will fix with a firmware upgrade later on down the line, either way not too big of a deal so I continued with the setup. I got to the UI and it looked like an updated version of the PS3 menu and still just as easy to navigate through and I appreciated that Sony didn’t try to overcompensate here. I went through the initial system software updates which took about 30 minutes, mainly because the network was bogged down as I expected. Once that was done I loaded up a disc and this is where I got a little impatient. The PS4 has a bit of lag when you load up a game for the first time with a disc. Even for a downloaded game the first time load tends to lag a bit but this is to be expected from a first time startup. The load times did improve slightly the more I played the games and it wasn’t so much of a bother.

The PS4 does allow you to easily swap out the default 500gb hard drive for a larger and faster one if you choose. You can remove the left side top panel find the hard drive enclosure and replace the HDD for one of your choosing. You can even make the switch to an SSD to decrease load times quite drastically, that’s if you don’t mind taking on the expense. You can download the system software and load up your new hard drive and enjoy the speed difference. Even the novice user can do it, but just in case you need some help the guys at extremetech.com show you how easy it is http://www.extremetech.com/gaming/171003-how-to-replace-or-upgrade-your-ps4-hard-drive (before you attempt any hardware removal and replacement read your manual and check the Sony support site to make sure there won’t be any warranty issues). Depending on the type of person you are will determine whether you choose speed or space in a hard drive. If you do decide to change out hard drives keep in mind that on average a PS4 game is 30 – 40gb in size and can eat up storage space on a hard drive quickly which probably means at some point you’ll have to do some uninstalling and reinstalling of games to regain space. 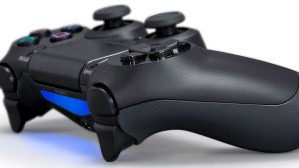 Once you start playing the games you’ll notice right away how crisp, detailed and fluid the games are. I saw no lag and no slowdown in any of the games I played (Battlefield 4, Need for Speed, and C.O.D Ghosts). They were beautiful and visually it does not disappoint. This is primarily because the PS4 is a powerhouse. It is loaded. It comes with an 8-Core AMD Jaguar processor, 8gb of RAM, and a powerful next-gen Radeon GPU which allows the games to be native at 1080p and run at 60 fps. If you have an LED TV or if you’re fortunate enough to have a 4K ready TV, these games will look just beautiful. There’s a lot of room with this much power to make very detailed and elaborate games in future and I’m sure we won’t be disappointed.

With all this power comes some drawbacks. The PS3 was not a quiet machine and neither is the PS4. However, the PS4’s noise level is not anything to the level of the PS3 and it shouldn’t really concern you at all. I consider the noise as a reminder that the console is on and nothing more. I remember having to shut down my PS3 after some time because I’d be so worried about it burning out because it would get unbearably loud, again, not the case with the PS4. As you also might expect the PS4 is not backwards compatible and neither are your previous purchases from the PS store that you made (I’m actually quite confused about that) but these are some of the drawbacks if you consider them to be at this point that I’ve found. It’s nothing to make you second guess your purchase, just some minor annoyances that I’m sure you can get over. 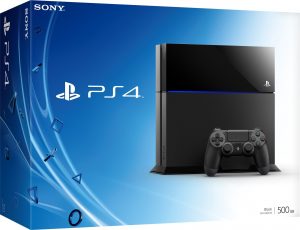 Finally, I’ll say this. Whether you choose the PS4 or the Xbox ONE  you won’t be making a bad choice. Since we’re talking about the PS4 I can say my experience up until this point has been pleasant and enjoyable and I’m interested in finding out where the technology is going to go and what types of games we’re going to get. It’s still very early to make an absolute judgment about anything thus far.  It’s exciting and at $399 it’s a steal for a next-gen high-end gaming console. I didn’t opt for the PS camera because I don’t see the use for it as of yet. It doesn’t offer what the Kinect offers in terms of functionality so I’ll wait and see what happens there and save the $60. Overall, it’s a solid launch with solid games and it’s just the beginning so I’m gonna go along for the ride and have fun. So should you