There are a ton of gadgets that have come out this year, from phones to tablets and more. One device in particular I’m thankful for is Google’s Chromecast device. Google released this device during the summer and surprised many with its price. The Chromecast lets you stream content from applications like Netflix, Hulu Plus, Pandora, and movies and music from Google Play. This lets you plug the dongle into any HDTV and turn it into an ad hoc SmartTV. 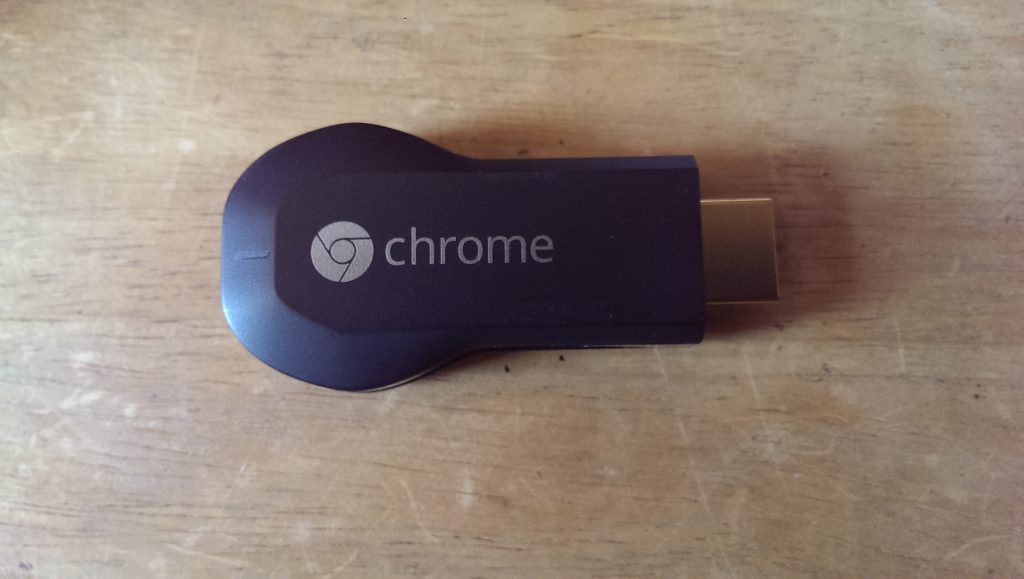 I’m thankful for this device because though limited right now in the amount of services it has support for, it does handle some of the main ones I would use on the regular. Netflix, Google Music and Movies, and Hulu Plus to an extent. The Google Chromecast is both inexpensive and easy to set up. So while my living room is already hooked up with streaming services via my PS3, this allows me to hook up my bedroom and my daughter’s room with some smartness. 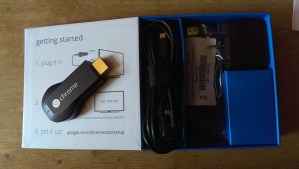 I’m also thankful for how easy it is to use. My household is pretty much a Google house. The misses and I have Android phones, and the whole family (myself, misses, and daughter) all own our own Nexus 7 device. With the Chromecast button in the support applications, we can quickly push up what is on the device to the TV. My daughter uses this in her room to push up the children’s cartoons she watches on Netflix to the TV, so there is no need to watch on a smaller screen when she has a 32 inch TV in her bedroom! The same with myself, with TV shows on Hulu Plus, movies on Netflix, and the music I listen to on Google Music All Access.

So again while the Chromecast is limited at this point in time, it has great potential for more support and at only $35 dollars it is a no brainer purchase pick up!