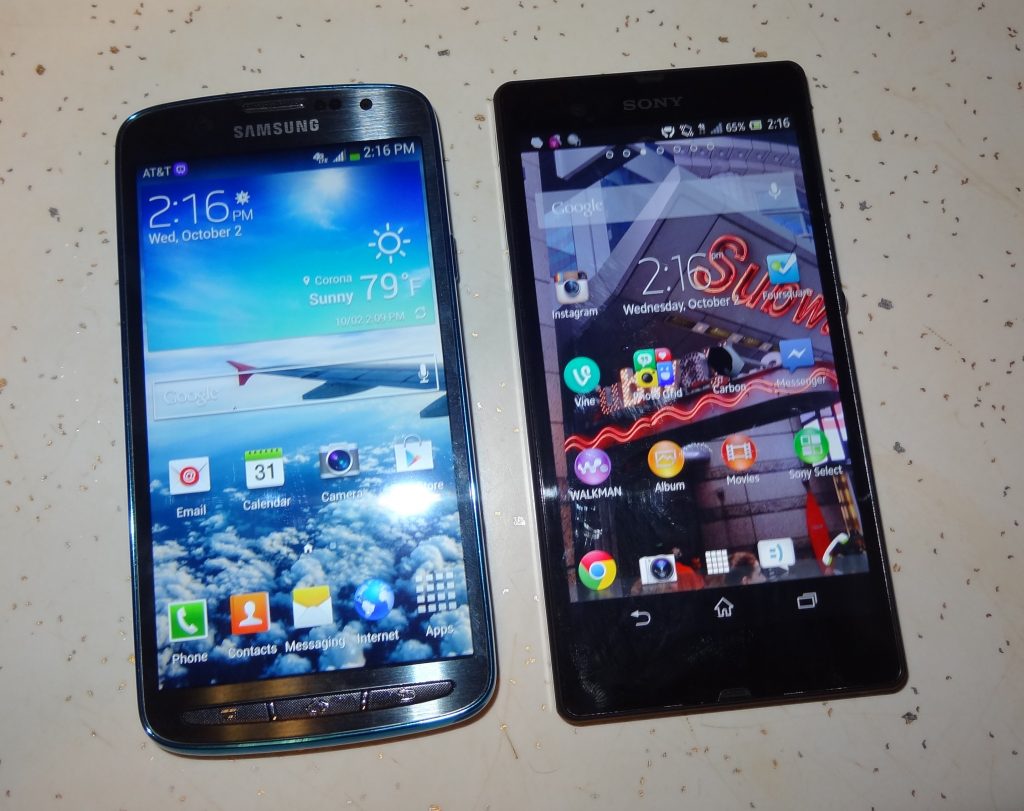 While there are various Android devices out for you to get your hands on, there are two specific models that have been making the rounds you might be interested in. These two models which are the Sony Xperia Z and the Samsung Galaxy S4 Active boast features such as being rugged but most importantly being able to withstand surviving in water. What makes this battle even more interesting is that their tied exclusively to different carriers. The Xperia Z is only on T-Mobile while the S4 Active is only on AT&T.

Now why would you want a waterproof smartphone? There are numerous advantages in doing so. Keeping it poolside, catch some underwater video or maybe you’re just the type that tends to drop their phones in toilets or puddles of water that you just couldn’t seem to miss.

Water damage is one of the leading causes of destroying phones and it doesn’t seem to stop no matter how many claims you have put into your insurance. Is it possible these two devices can be the saving grace you needed and no more dumping your phone in rice?

Samsung’s Galaxy S4 Active is mirrored in just about the same way as the S4 as far as specs. It runs a Qualcomm Snapdragon 600 APQ8064T with Quad-Core, 2GB of RAM, and 16GB of memory which is expandable to 64GB via a microSD card slot. The Xperia Z has practically the same features except its running an older Snapdragon S4 Pro chip. Running side to side though they are both rather speedy, and that could be because of Sony’s close to stock Android software compared to Samsung’s TouchWiz. 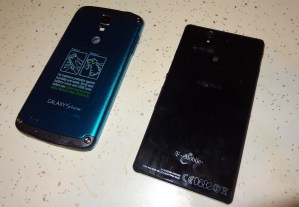 The Xperia Z is crafted in glass on the front and back of the phone which is reminiscent of the iPhone 4 series. It does have a shatterproof protection layer applied to the glass, but it makes it a magnet for fingerprints. All flaps are concealed so good you don’t even know they are there. There isn’t any physical buttons besides the power button so all navigation is done onscreen.

The S4 Active is made of a polycarbonate material with a removable back piece. It feels good in the hand and I actually think it looks better than the actual S4 model it’s designed after. There capacitive buttons added to the device which give the phone a more rugged feel.

Given the materials these two devices are made out of, I wouldnt take chances dropping or tossing them around to see how strong they are. I would leave them for playing in the water and possibly get some particles of dust on them.

The displays between the S4 Active and Xperia Z both look gorgeous using a TFT 1080P screen and ppi 443. Side to side you couldn’t tell too much of a difference besides the viewing angles on the Sony Xperia Z aren’t as great compared to the S4 Active. The S4 Active uses widely recongized Corning glass while the Xperia Z uses a shatterproof material by Dragontrail Glass. 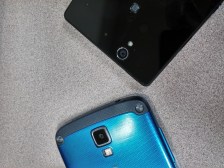 Picture taking with the Xperia Z is like using some of their point & shoots based on the technology built into it. Running on their own Exmor RS lens at 13MPs, pictures come out sharp and crisp. Also various features are built in such as Superior Auto, HDR and others to make it an impressive phone to snap with.

The S4 active is at 8MPs (down from the S4’s 13MP shooter) but still takes great shots. It still carries the plethora of features as the S4 and even an Aqua mode for shooting underwater. Since the screen can’t be recognized by touch, the volume controls are used in its place. This would have been a nice feature to be added to the Xperia Z.

The battle between the two waterproof smartphones is an interesting one and really comes down to preferences. The Sony Xperia Z provides a great glass design and its Exmor 13MP camera makes for some remarkable pictures. The Samsung Galaxy S4 Active has a removable battery and just feels like it has an overall better build then the Xperia Z in my eyes.

The real deciding factor is whether you want to be tied to AT&T or to T-Mobile.