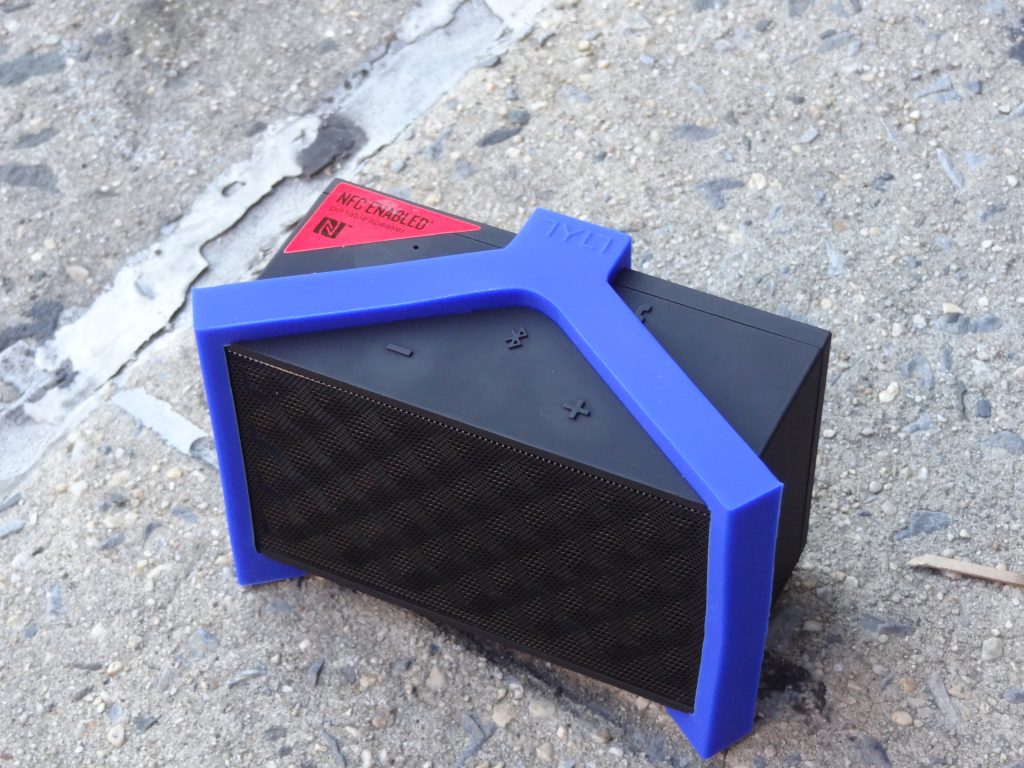 Bluetooth speakers are starting to become the norm whether you like them or not. Various tech makers are trying to create their own design and make them stand out from the pack. Because let’s face it you want something that looks cool to catch the eye and most importantly sound awesome. So Tylt starting to be known more for their mobile accessories such as car chargers, battery packs and smartphone cases also decided to throw its hand in the portable speaker arena. The Tylt Tunz which is a catchy name by the way stands out with those bright bumpers on it, but does it stand out with sound? 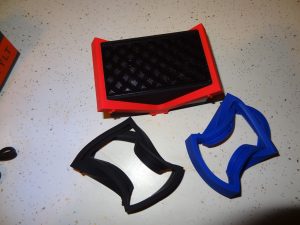 While the Tunz’s design is primarily a rectangular box, its main feature of standing out is its various colors of silicon bumpers that wrap around it. You have the colorful choices of either red or blue otherwise you can just go basic black. They are also supposed to help cancel vibration from the speaker booming so much as well. On top there are buttons for volume, Bluetooth syncing and phone if you want to use the box as a speakerphone. The back has ports for Aux IN/OUT, an Output USB port, and a microUSB port for charging. There is also vents for the speakers where you can see them thriving and also to ventilate the device. The front grill has a bumpy feel to it similar to the Jambox.

As you can see by the big red sticker NFC is featured on the device and worked ok with it, didn’t sync as quickly as I wanted. Bluetooth otherwise was a piece of cake. I mentioned earlier is there is an Output USB port, well that’s utilized to charge your mobile devices such as your tablet or smartphone. So rather than kill your device while jamming out to tracks, you can keep it charged at the same time. The battery itself is 2800 mAh and is stated to last 20 hours with the volume set at 50%. The battery will stop charging your device once it helps 50% to help maintain it’s also music playing abilities. Since testing it out I haven’t found myself really charging it which is a good sign. 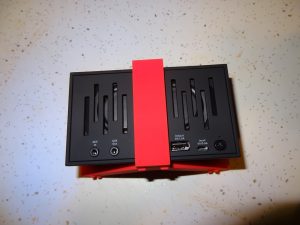 When you first turn on the speaker you get that initial sound indicating it’s on which is great, the announcers such as telling the battery life can be quite annoying and loud. The touch sensitive buttons may just be a little too delicate. A simple touch will either leave me changing the volume to even pausing it. This will most likely not be a problem if you’re always carrying it around but not one of my fave features.

Tunz uses two 3 Watt speakers and a passive radiator to help provide the great sounds you get from it. Holding it in your hand you can feel the speakers booming, while when cranking it up to its full sound it you can hear the music but feel it could use more bass compared to some other Bluetooth speakers I have checked out. I wish I was able to crank the song up just a tad bit more for outdoor environments as you can see in the YouTube video below playing Chris Brown’s “Fine China”.

The Tylt Tunz has some great features such as the smartphone/tablet charging aspect and the cool design associated with the Silicon bands wrapped around the speaker. I personally like the look of it because the vibrant colors and hope there will be more colors. Sound wise it’s not bad wished for it be a bit louder for my ears as compared to other speakers. That impressive battery life off one single charge outlasting some of the competition is a winner in my book.

The Tylt Tunz is available on their website for $149.99