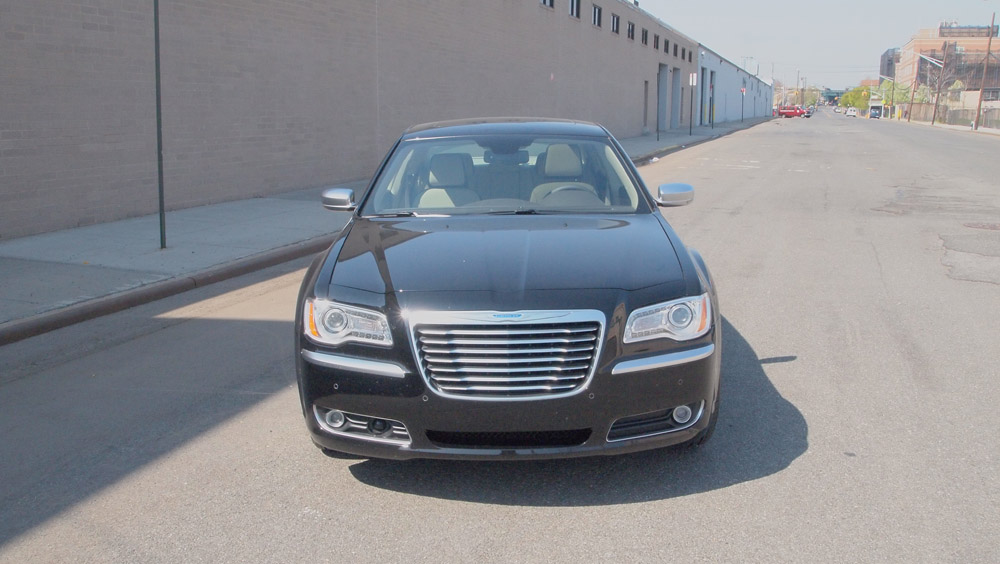 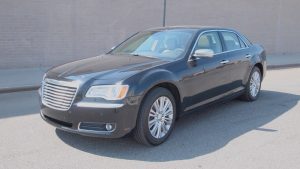 The loaner car I received came in all Black, and honestly I think this car looks its best in Black. When it comes to the Chrysler 300, I think its main flair come from it’s front. That grill just screams gangsta, boldly exclaims Detroit! Again this is where the most flair of the car it, and the rest of the body of the vehicle isn’t that distinctive. This isn’t necessarily a bad thing, just is what it is. I still think the 300C as a whole looks good, regal almost. This is the same when inside the car as very, the interior of the loaner I had was of a cream colored napa leather-trim which looks good and was inviting.

The one thing I wish they would change on maybe a future model is the back of the car. As while with the 2012-2013 models the front has a new grill do it which you can see and tell it isn’t the same as the older models, from the back it looks like the 300s of older model. What is bad about this, many of the older 300s have become popular with the cab and livery set. So in New York City, I see quite a few Chrysler 300s being used as cabs. Maybe it’s the Tech Snob in me, but I don’t want to roll around in a car where people will mistake me for just a cab driver. If I’m trying to roll around and look cool, that effects get ruined if you are being hailed down as a cab. Again maybe it is just me, but I want to roll in something that people stare at me because the car is just hot, and not because they think I’m about stop for them because their my next fare. *shrugs* 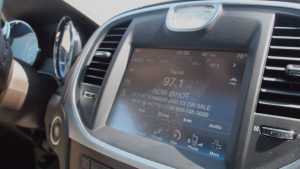 When it comes to the tech in the Chrysler 300C, I’m all about the Beats Audio speaker system. Sure there is Bluetooth connectivity, dual climate control, heated seats, and more but when it comes to the sounds system; I love it. Beats Audio in a car really does make for some great sound, and of the cars I’ve seen with the audio technology in it, the Chrysler 300C displays it the best. With the Beats Audio in the 300C the sounds is full of deep bass, while now distorting the rest of the music. It handles the lows, mids, and high impressively. I can find myself just sitting in the car and vibing with the music.

Once I get myself passed the Beats Audio, I do enjoy the rest of the tech inside. Connecting my phone via Bluetooth is easy to do and quick. The navigation is good, and it comes with Satellite radio as well. If you want a car that has a decent amount of tech inside, you’ll be okay with the 300C. 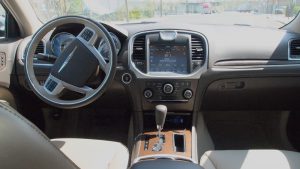 The Chrysler 300C is just one of those vehicles that is a pleasure to own. It looks great from the front, luxurious and premium. It is packing a V8 Hemi under the hood, and has some great acceleration for a full size sedan. Driving it was easy going as inside the 300C is just comfortable making for a smooth ride. With heated seats in the front and rear row, you’ll be warm and snug in the winter, and cool and calm in the summer. All in all, always a joy testing out a Chrysler 300.

The 2013 Chrysler 300C has a MSRP starting at $36,145, and while they may seem up there, keep in mind that this is a full size sedan. The 300C looks great from the front (though like a cab from the back), connects well on the tech side and a great sounds system. And let’s not forget that the riding experience is quite enjoyable.

While I honestly would spend the moment on this one if it was my money, I would love renting this car from time to time. But then again I just like a different kind of car. If you are looking for a full size sedan and that looks attractive and will give you a comfortable and enjoyable ride, the 2013 Chrysler 300C is a good option.