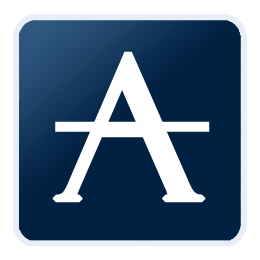 If you just got yourself a new BlackBerry Z10 and you’re looking for one of the most popular radio station apps out there, Pandora, you’ll be disappointed to hear that there is no official Pandora app in the App World. Fear not however as there is a third party alternative called Apollo which is a client that can connect to your Pandora account. With Apollo, you can do most of the things you could have done in an official Pandora app with a few minor difference, mainly in the way the app interacts with Pandora.

For starters, Apollo has the same color scheme as Pandora, though it really doesn’t look anything like Pandora. Pandora still to me looks better, but Apollo isn’t bad. It does have a few UI tweaks that are pretty interesting however that the official Pandora app lacks. The UI itself seems a bit cleaner in some places, but that’s mainly do to the fact that there aren’t any banner ads filling up the screen and the bottom of the app doesn’t have any play controls, only the time status of what’s playing. Songs play automatically and you just tap on the album cover of the song to pause and resume playback. There’s even a thumbs up and thumbs down selection next to the album cover that you can click on.

To view any of the menu options and settings, just swipe downwards from the top border. To choose from a list of radio stations you already have saved, just tap the title bar. The app will even allow you to view artist information like the official Pandora app. Now, there are a few things you can do on this app that you can’t do in Pandora. For one, you can view the previous song that played and rate it. Also, to skip to the next track, all you have to do is swipe left on the album cover. Last, there doesn’t seem to be any ads in it or at least I haven’t heard or seen any.

As great as this apps sounds, I think I would still much prefer and official Pandora app. To me, even though it has some nice UI elements, I still prefer the look of the official Pandora app. Also, Apollo takes forever to start. When loading it just shows a black screen and you think it isn’t working, but in actuality, it’s just taking it’s sweet time to get to the main screen. Still, if you need your Pandora fix, download Apollo until an official app is released. It’s free and does import your account details.