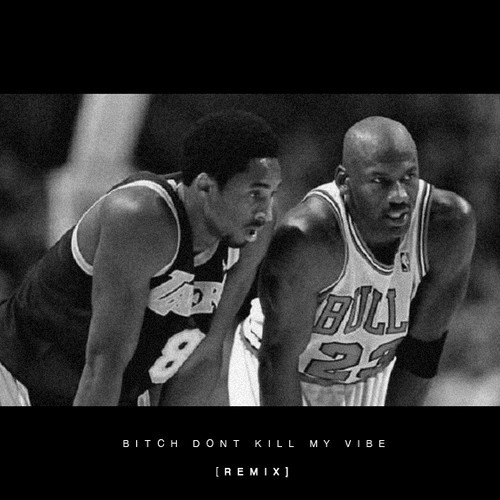 Mr. Kendrick Lamar drops a remix to his runaway hit “B**ch, Don’t Kill My Vibe” with the likes of the God MC Jay-Z. The original was already a banger, the reigning MTV’s #1 Hottest MC In The Game got an ultimate co-sign with the Jigga Man spittin’ on the remix. You can tell Jay is in a very good place right now just flowin’ out love for the game and not as a necessity but giving a little insight on MC royalty still packing heat. Hov spits

Up in the clouds me and my spouse/Rumors on the ground gettin’ too loud/Please turn them s**ts down Can’t hear myself think/Turbulence, s**t, almost spilled my drink/In the White House with with a mink/Runnin’ through that bitch like it’s my house/All up in the hall like a mall/Told you motherf****rs, all I do is ball/No, I don’t ‘member you, I don’t intend to/Empty my memory bank, it’s a million dollars in it, baby, Hilary Swank/Next to Hilary smellin’ like dank/Presidential pardon,name one n***a out there harder than him I’ll wait….(Checks the Hublot lol) He then closes out the verse old school Special Ed style with “I’m the highest, the highest title, numero uno/Kill my vibe, that’s your motherf****n’ funeral.”

Of course you got chirps about how Kendrick murdered Young on this track. How about enjoying the fact that Lamar was inspired to write two new verses within 24hrs after hearing Jay and the dude goes IN! Kendrick opens up the 3rd verse continuing where Hov left off with “Between you and me, turn eulogy to urinals” building up to his extra beast mode. Lamar viciously establishes through these bars he’s more than worthy of the buzz and some more Compton hip hop. No question the kid blazes with

Picture little old me givin’ a f**k from what a f**k ni**a’s got to say/Ni**a, you’ll never be Jay, never be Nas, never be Snoop nor Dre/You ain’t get killed in Vegas, or in a Suburban/Puff Daddy wasn’t your favorite, so many washed up with detergent/But I don’t dry tears, I just aim at ‘em on purpose like “BLAHW!”/Empty fourteen like “BLAHW!”/Empty out another magazine like “BLAHW!”/Let a young ni**a get by/I kill ‘em all when they tryna kill my vibe/I am the bad, the good guy, the last the ‘hood got/The last that would try to pass a good job/If Shawn’s a black Beatle, I need a 10-second drum solo/B**ch, see you at Woodstock!

With Lamar’s aspiration not to have a short career but achieve longevity and relevancy like Hov with albums like “Good Kid: M.A.D.D. City” comparable to Jigga’s first contribution “Reasonable Doubt” I don’t see why the “No Pressure” MC can’t be that echelon MC. It’s official. The Michael Jordan of rap alley-oops to the now Kobe Bryant of rap and it looks like a game winner.