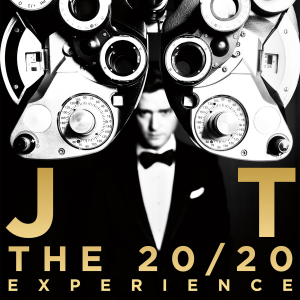 At the beginning of the year the kid JT & Jay-Z got the world searching for Gala and Ball events just to throw on some Tom Ford tuxes, similar to how Jay got the hood pulling button ups off the hangers to hit the club. I’ll have to say that escalated my anticipation on the new music coming out in 2013 from all genres especially since Timbaland & Timberlake seems like they came out of nowhere with the 20/20 Experience. I haven’t been this optimistic in a while so I’m enjoying this right now.

Justin Timberlake is one of a line of heavy-hitters coming this year with new music. The Roc Nation Aviators are connected to the iPod and on excessive use right now lol. With over a million sold on iTunes with the “Suit & Tie” single, JT doesn’t disappoint on this album release. I hear some complaints on the length of the songs but Justin & Timbo have been doing extended version songs since Future Sex/Love Sounds so that ain’t nothing new so get over it. I’m sorry I appreciate that old school instrumentation of songs perfect for live performances because I’m a visual song listener if that is even a thing lol. Mr. Timberlake said that he & Timbaland said to hell with song length, create good music and worry about the radio edit later. Sounds like a plan to me.

This album gives that neo, futuristic and dance soul music with maybe a sprinkle of pop baked into the recipe that will stand the test of time like Miguel’s music will stand the test of time. Few artists can go on a hiatus for six years and come back and be relevant again while still being able to reach a generation that’s not familiar with one of the big boy band crews that hit the radio & MTV. He’s has his own lane like Jay-Z has in hip-hop, and you can tell the music you hear is all about the love of doing it.

The 20/20 Experience explodes with a lovely romantic flight on “Spaceship Coupe” which garnered some twitter buzz. Continuing with that Curtis Mayfield feel induced with JT’s falsetto he saturates “Pusher Love Girl” and “Strawberry Bubblegum” that “It was such a mellow, mellow, mellow, mellow, mellow, mel-looooow day” should prompt you to hook up with your significant bubblegum flavor in your life. “Let The Groove Get In” is a contagious party track with a Latin flare, reminiscent of a combination of “Senorita” and MJ’s “Wanna Be Startin’ Somethin’.” If this track doesn’t get you moving you must be wearing a disrespectful music chastity belt refusing to let the groove get in.

“Mirrors” is definitely is a song realizing his epiphany of the love of his life, Mrs. Timberlake; Jessica Biel was right there all along. One of my other favorites is “Don’t Hold The Wall” . It does nothing but get you off the wall while simultaneously telling the story of a female who’s out with the girls. Justin overhears her telling her girl that she deserves better and of course JT swoops in letting her know he’s that hero so drop that zero (Extended Dance Break: Insert @ 4 minutes and 20 seconds lol). Extremely intoxicating is “Tunnel Vision”. Besides the banging in your eardrum, expresses how he can’t take his eyes off of her. While in a crowded room his mental motion picture camera automatically focuses and zooms on her and no else matters. The beautiful and melodic relaxing tune, “Blue Ocean Floor” is definitely block out the world and enjoy the tranquility of the album. “That Girl” is truly his Justin and the Tennessee Kids classic juke joint live piece. On the Deluxe Version are two bonus tracks “Dress On” and “Body Count” in case you haven’t satisfied your 20/20 appetite.

Overall this a straight through album for me, and a welcomed artistic and musical start for the year; magnifying the upcoming summer stadium tour with Jigga Man. Justin’s eyesight is definitely 20/20 and the experience was eargasmic.