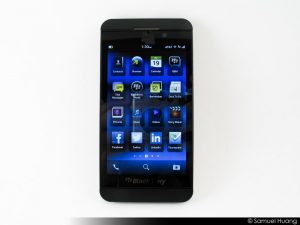 Way back in December, I was given the opportunity to have a private one-on-one with BlackBerry’s VP and Managing Director of RIM USA Sales, Marketing & Operations, Richard Piasentin for G Style Magazine. At that time, it had already been about 3 years maybe since my last encounter with a BlackBerry which was my own, personal BlackBerry Bold 9000. Since then, I had become strictly an iPhone guy and haven’t really looked back. Well, during this encounter, I was able to check out what was then, the Dev Alpha B device running a beta version of BlackBerry 10. You can check out my full account here. Needless to say, I was pleasantly surprised by what I saw at this meeting despite the development hardware and beta software. Since that meeting, BlackBerry has already announced the new BlackBerry Z10 which goes on sale in a couple of weeks. Last week, I was finally able to get my hands on the final hardware that will hit carriers this month. What do I think of it? Read on to find out.

Since the BlackBerry Z10 is a major stepping stone for BlackBerry and their last hope really, I’ll be splitting up my review of the Z10 into parts. This part mainly deals with the hardware of the Z10 with software to follow in a later post. 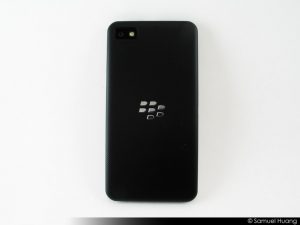 This is my first time really seeing the BlackBerry Z10 hardware up close. I’ve only really seen it in photos and the Dev Alpha B hardware looked completely different from the finished product. To start with, my first impression of the hardware as a whole was how wonderfully beautiful and elegant the Z10 is. I have an iPhone 5 personally and the Z10 to me basically looks like a slightly larger iPhone with a much bigger screen. This is a good thing as I still believe the iPhone is one of the most nicest looking phones out there. The unit I have here is black which is a big change from what I’m used to right now which is a white iPhone. All I can say is what a sexy slab of black this is. It’s sleek, thin, and very modern looking with a minimal amount of hardware buttons.

In fact, if you take a look at the front of the phone, you’ll find that the screen takes up pretty much the entire front face of the Z10 with zero hardware buttons. It’s actually something I wish Apple would do with the iPhone. Having nothing but screen up here really gives it a vastly clean appearance that puts all the focus on it and nothing else. I do also like the fact that BlackBerry hid a lot of the usually features in the screen instead of placing them on the frame that surrounds the screen. That means you’ll find the front facing camera, sensor array, and the notification light nicely hidden up top in the screen’s bezel. This helps keep that overall, minimal/modern theme going. 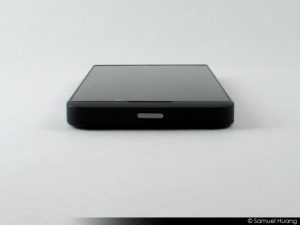 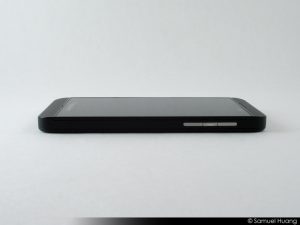 Moving along to the sides the the Z10, you’ll see that this too has very little buttons. On the top side you’ll find the sleep/wake button which is finished off in a matte silver. This breaks up the all black theme of the phone a bit it doesn’t look out of place. Right next to that is the audio jack as well as another mic. If we move over to the right of the phone, you’ll find the volume buttons which are actually 3-buttons. Two are for volume while the center one is used to play/pause music as well as activating voice commands. I like that the middle button has a slightly different feel from the volume buttons which makes it easier to distinguish them when not looking. On the left side of the Z10, you’ll find two ports. One is a micro-USB port for charging and transferring or data while the other is an HDMI port. I’m glad that BlackBerry went with a standard micro-USB port here as I absolutely hate proprietary cables and having to carry around a cable just for 1 device. 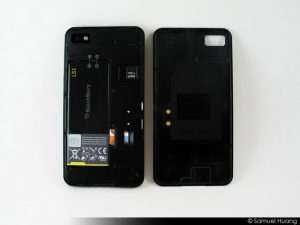 On the bottom of the phone, you’ll find a small groove that you use to pry the back plate off the Z10. Yes, the new BlackBerry Z10 has a removable back plate which means it has a removable and replaceable battery. The back plate is made of plastic however, but does have a rubbery type coating to it that makes the Z10 easy to hold and grip. Not only that, the back plate also has an NFC antenna built into it. On the rear of the Z10, you’ll also find the 8mp camera along with an LED flash.

If you pull the back cover off, you find that everything is quite neat and tidy. You find a removable 1800mAh battery. You’ll also find the slot for the SIM card, which is made in such a way where you can’t really remove it unless you also remove the battery. Under the cover, you’ll also find the SDHC card slot for expandable storage. At the bottom where the groove was open up the back plate, you’ll see the speaker ports hidden away there.

If I were judging the BlackBerry solely on the hardware alone, I’d say that the Z10 is a home run for BlackBerry. It’s sleek, modern, and sexy. I’ve always been one to shy away from huge phones and that trend doesn’t look like it’s going away anytime soon. Though the BlackBerry Z10 is larger than my current iPhone 5, it’s not overly huge where I feel uncomfortable using it. I don’t have really large hands and I find the size of the BlackBerry Z10 quite manageable, even with one-handed use. Build quality on the Z10 also seems top notch as there was nothing physically wrong with it that I could see or any little hardware annoyances. 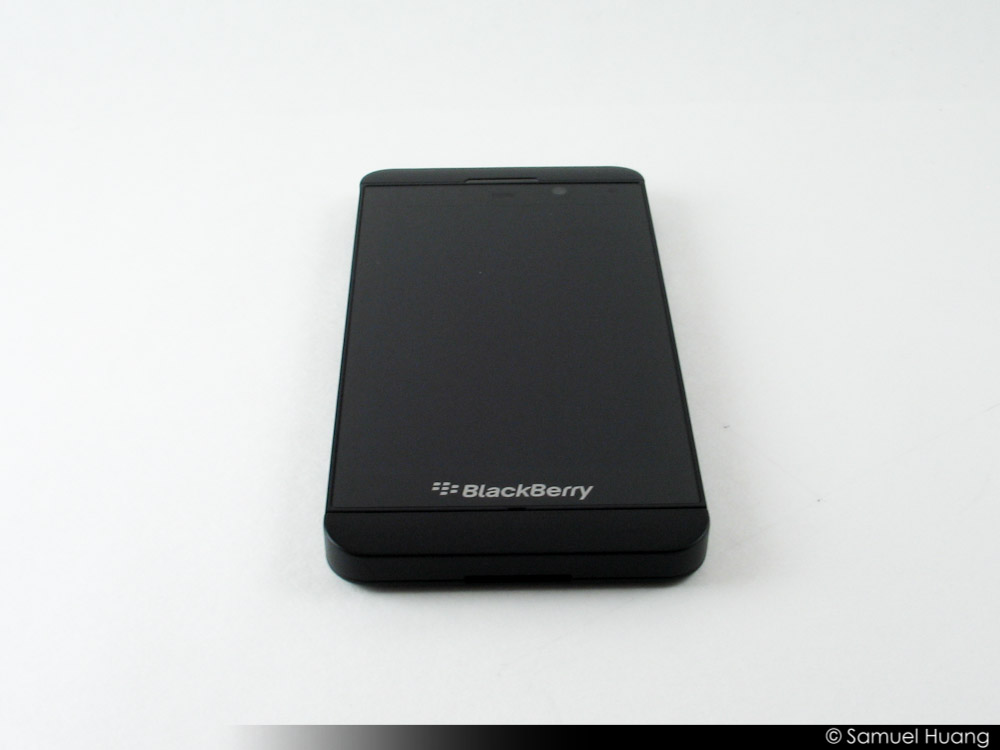 Coming from an iPhone owners point of view and former BlackBerry Bold 9000 owner, it is refreshing to have a phone again with a blinking notification light as well as an an SDHC card slot of expandable memory. I also really love the fact that it uses a standard micro-USB port for both charging an syncing as that is one of the main issues I have with the iPhone and having to carry around its proprietary cable.

Having a removable battery however isn’t really that big of a draw for me anymore because these days, you can just pick up a portable battery charger that will work on any device. To me, that’s a lot more sensible than spending money on a battery that only works for a specific device. But that’s just me.

Other than that, the BlackBerry Z10 to me looks fantastic. I really love the way that it looks and part of that might be the fact that yes, it will get compared to the iPhone 5 in terms of looks or even the new HTC One that was just announced, but to me that’s not a bad thing at all as I love all those phones. Of course the hardware is only half the story when it comes to these devices. The other half is the software and like I said at the beginning, that will come with Part 2 of the review coming sometime next week.