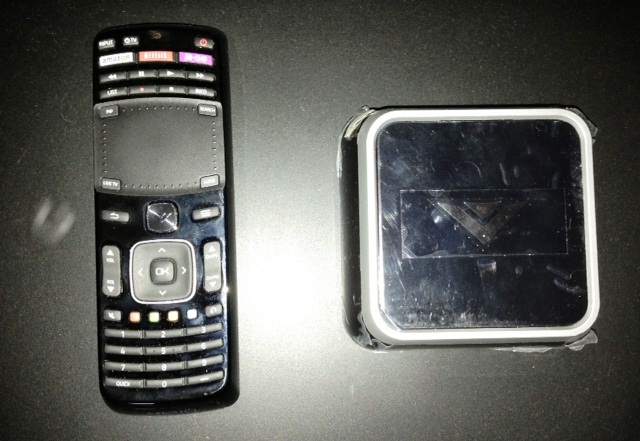 When I bought my TV a few years back, I went with a regular 1080p LCD with 120 Hz. I could not afford to spend the extra hundreds on the new Smart TV’s that were coming out (prices have since reduced drastically). But at the time I didn’t think it was necessary or that I will really need it. With a laptop and a HDMI cable I should be able to stream content easily, right? Eh, not so much.

When all these media players and TV add-ons were released I was more than intrigued; I already figured that I needed one. What’s one more gadget on my entertainment system shelf? With Google TV I was sold. I have been a fan of Android for a long time, and I feel it would just make sense. Enter the Vizio Co-Star.

What is the Vizio Co-Star and What Does It Do?

The Vizio Co-Star is an accessory for your television. With the Co-Star you add Google TV capabilities to your television. Making it easier to stream contents and download apps; the Co-Star is supposed help your regular TV turn into a Smart (internet-capable) television. It can do the simplest of things like help you find content on your cable provider to giving you the full Google Android experience that’s beneficial for viewers. 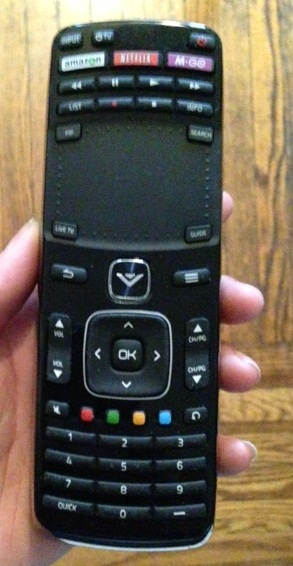 Adding this to my entertainment was a breeze. It’s a small puck like cube. Measuring 4.2 inches by 4.2 inches; you can fit it nearly anywhere. The design is simple; and people who have never seen a Co-Star before won’t know what it is. It’s very discreet. There are no lights or button on the top or the front. In the back; you will find the HDMI in, HDMI out, USB 2.0 port, ethernet, and DC in ports.

The remote is my favorite thing. Others weren’t too fond of it, but I loved the design. It has a million buttons to make everything easier. The front of the remote has your number pad, content control buttons (rewind, play , pause, fast forward, and record). It also has three dedicated buttons to content-streaming services, Amazon, Netflix and M-Go. Below is the mini trackpad, which was very helpful to me. You then have the “Vizio” button which when pressed will show you a menu of your most used apps and Vizio options. You have directional arrows and an “OK” button. The number pad buttons could be a little bit bigger, it was a little bit difficult not pressing another number when entering channels. The back of the remote has a full QWERTY keyboard, a directional pad to the left of the keyboard and four action buttons to the right of the keyboard (X, Y, A, and B).  With all the buttons on the keyboard side, they should have added a dedicated search button. It only makes sense.  For those who enjoy skinny and shiny remotes, they will definitely not like this one. It’s way bigger than the Apple TV remote or any other remote for that matter. 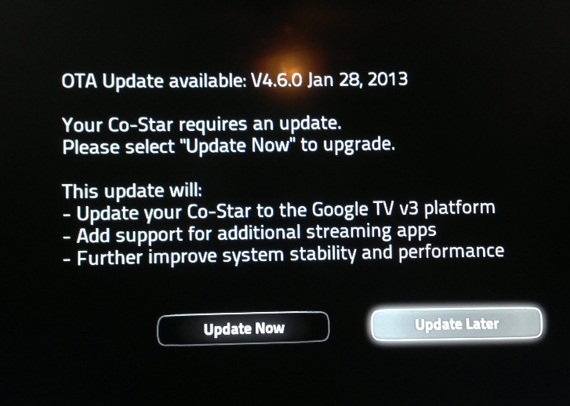 I have got to say that when I was opening the box, and connecting the device I was dreading that the setup would tedious. I’m glad to say that I was wrong! Setup was a breeze and took just minutes. After setting up your Google information, pairing the remote (it’s paired through Bluetooth technology, meaning no more pointing the TV at the box. Although I am still in the habit of pointing and pressing), entering your television information, verifying the cable service and area you were on your way to enjoy Google TV. Of course after everything was settled, there were a few updates on apps and the software itself. It’s up to version 4.6.0 (as of January 28th 2013). You can add more devices if you’d like (such as wireless speakers, etc)

I am not sure if the setup was easier because my HDTV is Vizio as well. I liked controlling everything from one remote. It was easy to use since the Vizio skin isn’t overbearing and sluggish. I tested the browser and it looked great on my screen. When pressing any of the three dedicated buttons (Amazon, Netflix and M-Go), it loaded in seconds. M-Go service is available now. I didn’t really use the OnLive gaming. I will update the post with that later on. 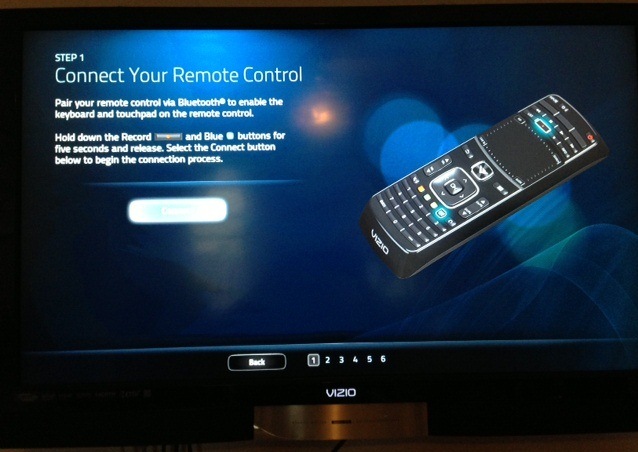 Searching for content was quick. It picked things up easily. For example, I was looking for an episode of Season 1 of “Scandal” (TV show), when it found it, it said that I could watch it for Free, but that’s only if you have a subscription to Netflix or Amazon Instant Video. So it means that there will be no additional costs if I already have those services.
I don’t see why anyone would surf the web on their TV. Maybe they just want the option. I tried Google Chrome and it went smoothly. Pages uploaded and refreshed in a reasonable amount of time. I enjoyed the Vizio app drawer that I mentioned earlier. It doesn’t take up the entire screen.
The UI is clean, and I really appreciated that. Getting used to a UI on your television set is never easy. No one wants to do that. The YouTube app is tailored to the Co-Star device and it runs very smoothly. If you thought you spent a lot of time on YouTube before you will be spending even more time on it now.

Should This Co-Star With Your Television Set?

If you’re into the whole Smart TV movement and can’t upgrade all the televisions in your house, getting a Google TV add-on is your best bet. The Vizio Co-Star is extremely affordable at $100. The Google TV experience has gotten a lot better since its initial release. I heard horrible things about the device when it was first released. Google TV is more to blame than Vizio as they provide the software. 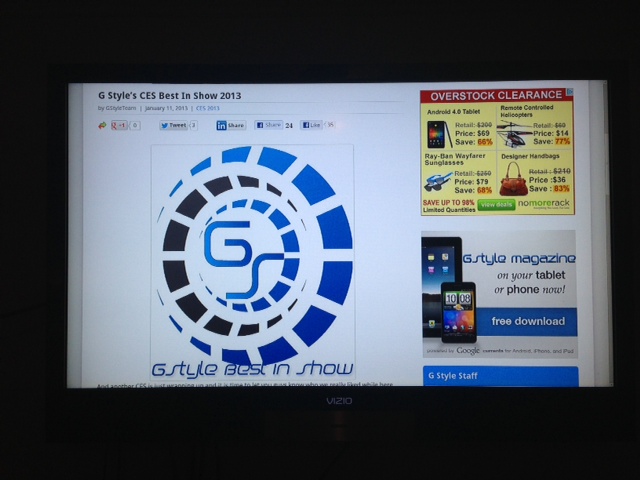 That wasn’t the case with me though. With the Vizio Co-Star I got mostly seamless streaming and a great Google TV experience. If you tried it before and gave up when the Google TV software was unresponsive and clunky, I suggest you plug-in and try again. It really is a way better product after the software updates. I wish that it had audio inputs for guaranteed listening experience. You will have to settle for wireless speakers or connecting to your television or cable box.

For those of you cutting cords, it might not be completely reliable yet, but I think it’s getting there. Otherwise, I found it to be a great addition to my TV at an affordable price. I have had a great experience so far. So, yes at $100 and many options with the Google Play Store, the Vizio Co-Star should join your TV show.

You can purchase the Vizio Co-Star Stream Player here