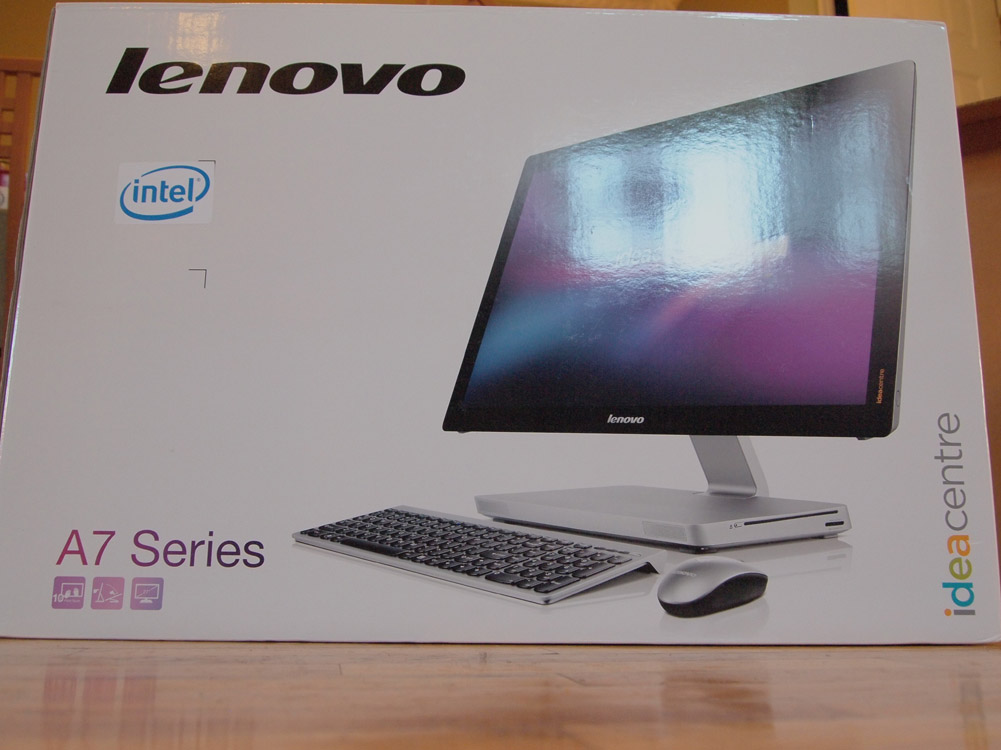 We had the opportunity to check out the Lenovo IdeaCentre A720 and it truly is good to see AiO PCs starting to actually look good. I remember when AiO PCs first start popping up, and trust me when I say they were no iMacs when it came to the looks department. It was this very reason I personally never really look at the product type after that, but the Lenovo IdeaCentre A720 has reopened my eyes to the category, but it wasn’t without a few hiccups along the way. So let’s talk about this piece of machinery here! 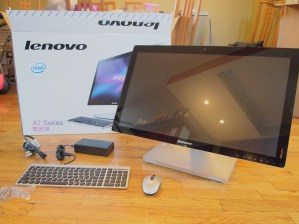 The Lenovo IdeaCentre A720 is a pretty good looking desktop machine. The design is both slim and sleek. While I won’t say it beats the looks of the mighty iMac from Apple, it is so far one of the most attractive Windows based AiO PCs I’ve seen on the market. The A720 also comes with a wireless keyboard and mouse, and can connect to the internet via WiFi. So not only does the A720 look good in its thin and sleek frame, but it keep the coolness going but going heavy on the wireless! 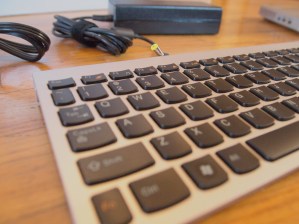 Now while I definitely praise the good looks of the Lenovo IdeaCentre A720, when it came to the tech site and performance, it left a little to be desired. The unit we were shipped came with Windows 7, and as much as Windows 7 is an okay OS, touchscreen are really made for Windows 8. On Windows 7 the computer sucks when using the touchscreen. So because of this, I didn’t enjoy using it as much. I’m sure once someone loads up Windows 8 on it, there will be an uptick in happiness with it.

The A720 has a decent set of specs under that very small footprint of a body. Coming with a 27 inch attached monitor, HDMI input, 2.3GHz Intel Core i7 processor, 8GB of RAM, and 1TB hard-drive. So well these specs itself aren’t bad at all, I definitely think it would shine better with Windows 8 vs Window 7.

I think the A720 makes for a attractive looking AiO PC! I would have enjoyed using it more if it came pre-loaded with Windows 8. I like the touchscreen aspect of this PC, just Windows 7 brought it down some. Another thing about this one is that it comes in a quite a high cost at around $1700 for this AiO. When the world is mostly going laptop now a days, and Windows laptops costing much lower, it could be a tough pill to swallow for that price.