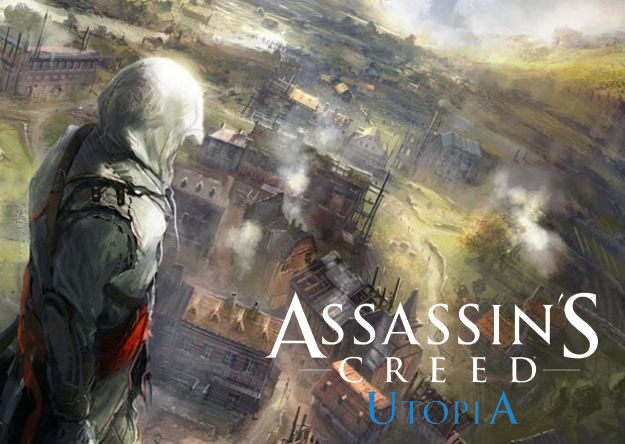 We have Assassin Creed series on Xbox 360, PS3, PS Vita and now on our phones and tablets, Assassin’s Creed Utopia is set during the early colonial history of America; players will explore how the intervention of the Assassins may have influenced the course of American history, leading to the creation of the thirteen colonies.

-City Building Build your very own American colony in the 17th century. Following 150 years of history, from the first settlers arrival until events that lead to the Independence Revolution, the player’s village of settlers will grow up to become the first secret colony of Assassins in the New World.

-Battle Using the best fighters of the Assassins Brotherhood, fight against your friends in asynchronous 3D battles and compete for the top spot on the leaderboards.

– Multiplayer Challenge Ask for help from your friends to defeat strong enemies in limited time epic battles. Unite your forces to push back invaders and protect your
colony.

-Bearing the hallmark of Assassin’s Creed, Using the immersible depth of the franchise, Assassin’s Creed Utopia will raise the bar for social gaming standards in terms of Narrative elements, Gameplay, and 3D graphics. Adding hardcore gameplay mechanisms to very casual controls, the game will be enjoyable for all types of players.