Yes, I am absolutely excited about it! Earlier this year we became familiar with the Lytro light field camera. Here at the G Style offices we all wanted to get our hands on it, even me the least camera loving person on the team. As we reported earlier to fully understand what Lytro is about you need to check out their website.. 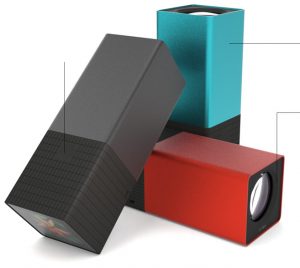 In short, Lytro is an unconventional camera that captures a single plane of light by capturing the entire light field, which is all the light traveling in every direction in every point in space. All with just the press of the button and without having to focus beforehand. Essentially you can snap now and focus later. The great news is they just announced they will be available for retain to both the US and international customers. See Press Release below.

MOUNTAIN VIEW, Calif.–(BUSINESS WIRE)–Lytro Inc., creator of the world’s first consumer light field camera, has announced that it will expand distribution to both US and international customers. In October, the Lytro light field camera will be available through United States retailers Target.com, BestBuy.com, Amazon.com and at the new CityTarget stores in Chicago, downtown Los Angeles, San Francisco, Seattle and Westwood, Calif. The Lytro camera will also be available through international retail partners in Australia, Canada, Hong Kong and Singapore. The camera was previously available only on Lytro.com.

This expansion marks continued momentum for Lytro, which has seen increasing demand for light field technology in the US and around the world. The Lytro camera captures all the light traveling in every direction in a scene. The camera gives creative photographers unique capabilities like refocusing a picture after it’s taken and creating living pictures that amaze friends and family when shared online. Lytro has also recently announced availability for Windows OS, added accessories and is now generally available for customers.

“Since introducing the Lytro camera just six months ago, nearly 400,000 light field pictures have been shared on Lytro.com. We are excited to take this picture revolution one step further by making Lytro available to more photographers in the US and around the world,” said Charles Chi, CEO of Lytro.

Through expanded distribution in the US and international partnerships with Blonde Robot, Qool Labs and Future Shop, Lytro is taking the first step toward creating a world of living pictures.

Co-founder of Blonde Robot, Dan Miall, said, “Australians are asking for the Lytro camera and we’re excited to bring it to them through this partnership. There has been a lot of excitement to be a part of this next phase in photography and start producing light field pictures in Australia.”

The Lytro camera will be available for retail:

In-store through retail in Hong Kong and Singapore, starting mid-October

Just in time for the Holidays!!!!