I’m a big fan of Mimoco’s MIMOBOT line mainly because they know how to make some quality designs. I really loved what they had done with their Star Wars line and their newer DC Universe line doesn’t disappoint. This year they are releasing some new additions to the line with The Dark Night Rises Batman, Superman, and the Flash. As an added bonus to those who are attending this year’s San Diego Comic Con 2012, they will have a special The Dark Knight Rises Bane on sale there exclusively for attendees.

As a side note, my favorite of the new designs has to be The Flash. He has always been one of my favorite characters from DC and I really love how he is portrayed here in MIMOBOT form.

“We’re beyond thrilled to introduce these iconic and essential super heroes into the DC Comics X MIMOBOT line-up,” says Scott Seraydarian, Director of Media at Mimoco. “Superman, in many ways, defined American pop-culture in the 20th Century, andÂ The FlashÂ is just perfect for our line of designer USB flash drives. We at Mimoco are also excited to see ‘The Dark Knight Rises’ when it hits theatres this summer and are pleased to take part with the release of our awesome new ‘The Dark Knight Rises’ Edition ofÂ BatmanÂ MIMOBOT flash drives.”

Baneâ„¢ (“The Dark Knight Rises” Edition) X MIMOBOTÂ®, a San Diego Comic-Con exclusive produced in a limited edition of only 500 units, presents the powerful villain in this summer’s highly anticipated film. With his characteristic life-sustaining face-mask and military jacket,Â BaneÂ (“The Dark Knight Rises” Edition) X MIMOBOT is focused on destroying theÂ BatmanÂ once and for all, with a little help from your digital data, of course…

Supermanâ„¢ X MIMOBOTÂ® – The Man of Steel is now the ultimate in transportable data! Don’t be Clark Kent! Take off those glasses, tear open your shirt, and save the day with all of your music, pics, and documents at the tip of your fingers. All of it will be packaged as one of the most iconic super heroes of all time, complete with red cape, S-shield, and swooping hair. When you need your digital data,Â SupermanÂ MIMOBOT will be there to save the day!Â

Boston-based design house Mimoco fuses the art of contemporary characters with the functionality of personal data storage devices and is well known in both the pop-culture driven Art Toy underground and the high-tech electronic world. The MIMOBOT USB flash drive line includes original characters and licenses from Star Wars, Hello KittyÂ®, and DC Comicsâ„¢, to pop-artists like Gary Baseman, David Horvath, and FriendsWithYouâ„¢. MIMOBOT flash drives are available in up to 64GB capacities, are Mac and Windows compatible, and include preloaded bonus MimoDeskâ„¢ content. Learn more atÂ www.mimoco.com.

About “The Dark Knight Rises”

Warner Bros. Consumer Products, a Warner Bros. Entertainment Company, is one of the leading licensing and retail merchandising organizations in the world.

DC Entertainment, home to iconic brands DC Comics (Superman, Batman, Green Lantern, Wonder Woman, The Flash), Vertigo (Sandman, Fables) and MAD, is the creative division charged with strategically integrating its content across Warner Bros. Entertainment and Time Warner.Â  DC Entertainment works in concert with many key Warner Bros. divisions to unleash its stories and characters across all media, including but not limited to film, television, consumer products, home entertainment and interactive games. Publishing thousands of comic books, graphic novels and magazines each year, DC Entertainment is the largest English-language publisher of comics in the world.Â  In January 2012, DC Entertainment, in collaboration with Warner Bros. and Time Warner divisions, launched We Can Be Heroes-a giving campaign featuring the iconic Justice League super heroes-to raise awareness and funds to fight the hunger crisis in the Horn of Africa. 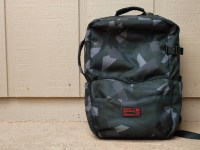