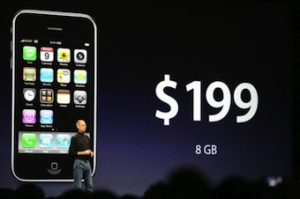 I was reading a very interesting article on BerryReview.com titled “Why US Carriers Sell Smartphones for $199.99?”. They in turn got this story from CNNMoney. The idea they have is that

â€œThe obvious answer is that $199 is a magic price point for smartphone volume.â€ That could definitely be but I think it is just because carriers have managed to condition us that a new device will cost $199 with a new contract.

I disagree with this. I think the reason for this price point is the Apple effect. When the original iPhone came out it was selling for some $599 & this is with a contract. But at the time this wasn’t uncommon. Smartphones started at $299 and up. 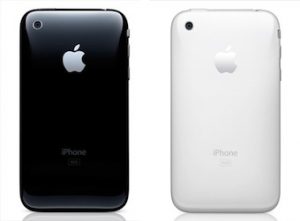 Think about it from the carrier view. Everyone and their momma wanted an iPhone, it was the Jesus phone. For your phone launch to succeed, how could you put it up against an iPhone 3G which cost $199 and yours went for anything more than that? Every smartphone launch after that had to drop its price to $199 to stay competitive, to have any kind of chance. Can you think of any phone that launched for more than $199 since the iPhone 3G that has sold well? (besides an higher storage capacity iPhone).

So I seriously doubt any other reason for the $199 price point, other than because Apple set the standard. Maybe one day this will change, but as long as there is an iPhone out there that costs $199, there will be no smartphones (that succeed) that launch above $199!