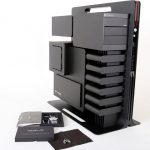 Ok so obviously being a big Gizmodo reader myself I couldn’t help but decide to write something after reading Gizmodo’s Thermaltake Level 10 Review. Now my gripe with reviews of pre-built computers is that sometimes the reviewers tend to over glorify its performance. A majority of customizable PC’s on the internet offer different selections regarding CPU, RAM, GPU and etc. Therefore I don’t think its right to compare 2 different internally built PC’s with the same case.

However, enough nonsense and lets get to the actual case review shall we? As you can see the main point of this case would be that every single compartment is in its own section. That way the PSU’s (Power Supply Unit) heat won’t interfere with the system cooling and the hard drives’ heat won’t interfere with it too and etc. It also features easy hard drive installation which many cases nowadays all do. 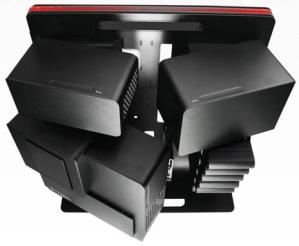 The Good
Well its nice to see Thermaltake try to step up its cases because to be honest its not one of the top contenders. I want to applaud Thermaltake for its unique design and hopefully they will keep coming out with new cases. The separated compartments was another fascinating feature since I personally have never seen it done before.

The Bad
Okay so many of you may be wondering why my “The Good” was so short. To be 100% honest, I just don’t really have much good to say about it. Where to start… I know, the cooling. From just the looks of it, I’m already appalled by what they have in stock. The whole motherboard/cpu/video card area is only cooled by 1 exhaust fan and 1 intake fan. Worse news is, once you add in a video card you barely have any space between it and the intake fan. Some users have opted to use Corsair’s H50 and have just barely fit it between their video card and the intake fan. What does this mean? Cool outside air will be pulled in where it will then mix with the video card’s hot air and then stew a bit inside before it gets exhausted. Ok so lets say you buy an air cooler instead. But be wary! You need to make sure you can’t get one that’s too large or else it won’t fit when you try to close the compartment door. Next problem would be the price tag. This case costs a whopping $800. With $800 you can already build yourself a computer already! Why spend that much on a case? Sure its going to sell but sorry BMW engineers who designed this case, it is an epic fail. The only type of people who would spend so much on a case would be then enthusiast crowd. Then comes a problem since the enthusiast crowd is usually full of case moders. How can one mod this case? I’m not sure since its been out for quite some time and there has been no talk about it in the modding community.

Conclusion
You may be wondering with so much negative things to say about this case, why am I even featuring it on G Style? Well young padawan, G Style is all about looking good and I’m going to say this case does look good, but in reality its performance is lacking. So Thermaltake, I only have 4 words for you.

Swing and a miss. 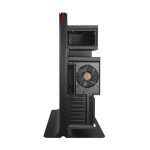 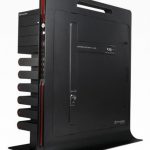 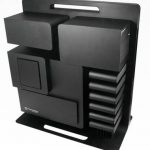