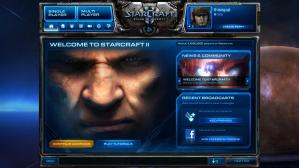 Hey guys! So some of you have read our article on Razer’s Starcraft II (SCII) peripherals. So what I would like to share today is a review of the actual game! Gamers have been patiently waiting for roughly 12 years for this so lets see if it was worth the wait. Scroll all the way down for tl;dr(Too long didn’t read).

First off I want to talk about the new Battle.net look. I have to say, compared to SCI (StarCraft I) it looks a lot better. Everything is easy to find and it is basically the same thing with a new appearance. I particularly thought the “Add Facebook Friends” feature was more interesting because it seems like Blizzard is starting to usher in social networking into gaming.

Next is the Multiplayer tab. Basically this is where you get in queue for games or even party up with other players. Pretty self explanatory so just refer to the picture. 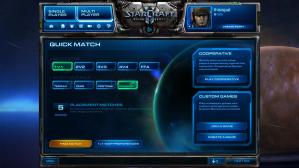 Single player tab. This is where you play the campaign and or practice matches against computers. 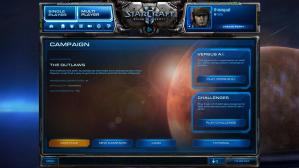 Here we have the player profile. As you can see I’ve only played 1 league game so far with a friend and needless to say, we lost :D I have yet to start getting back into StarCraft mode so pardon my silly score for the moment. Don’t be shy to send me a friend invite, character code is 179 if any of you are interested. 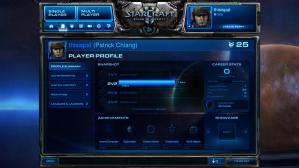 From the previous picture you can see that I’ve played some custom games. Here is where we can find if you recall, SCI’s “User Map Settings.” These games range from tower defenses to survivals. Mostly everything here is user created so be sure to check here often for new games to play! 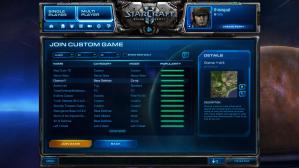 The Good
Well the good thing is that StarCraft II will still play like Starcraft. Nothing much in the gameplay has changed. I guess “If it ain’t broke, don’t fix it.” While some of you may argue that there are imbalances within the game, those are all small issues which Blizzard can easily resolve by releasing a new patch regarding so and so. It is also nice to see that the graphics have improved along with new units thrown in the bin. The campaign is an interesting part. Now there are cut scenes with nice graphics telling the story giving you a break from all that back breaking RTS (Real Time Strategy). One of the biggest plus has to be the map editor. I cannot even begin to describe how many countless hours I’ve toyed around with SCI’s map editor trying to create something fun for the public. A large amount of people might not be buying SCII for the RTS factor, but more for the “Custom Games”. What I like to say is that with the map editor and users producing custom games, StarCraft will be constantly offering new games to play. If anyone recalls DoTA (Defense of the Ancients) on Warcraft III then you see just how amazing the map editor can truly be.

The Bad
One thing that really puzzled me when I bought this game was, “Why is it $60 instead of $50 like all the new games out there?” Not really sure why they decided to jack the price up $10 but hey, plenty of people will still buy it regardless. Now here is a big problem. SCII does not offer LAN (Local Area Connection). That means no more lugging your PC over to your friend’s crib to play and no more late night LAN parties. Why has Blizzard taken out LAN from SCII? I’m not sure myself. I guess everyone will just have to play with their friends online while each and one of them sit at home. Alone. Now third and final problem I have with SCII is… Why is the campaign Terran only? What’s up with that? Where is the Zerg and Protoss’ side to the story? I know they have said SCII is going to be a trilogy so I’m guessing they’re going to release either 2 more versions of SCII or DLC (Down loadable content) for SCII. Why couldn’t they have just packaged all 3 sides of the story in one full game? Simple conclusion I have come to: