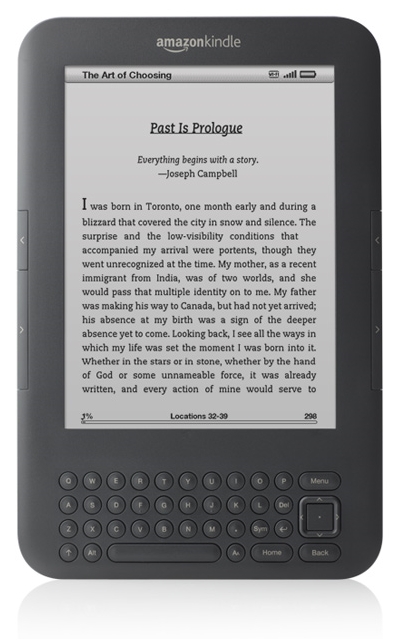 The biggest visual change we see is the new graphite color that will join the original white. The screen size is the same but the casing is 21% smaller and lighter. The screen is also brand new with 50% better contrast.

There is also 1 new addition to the Kindle family. There is now a entry level Wi-Fi only edition of the 6â€³ Kindle priced at only $139.00. That is very cheap for an eBook reader that pretty much undercuts anything else on the market right now.

The new Kindle is scheduled to ship out August 27th so if you are in the market for a new Kindle, I would hold off a month and get the new version based on the number of improvements the latest Kindle will have.