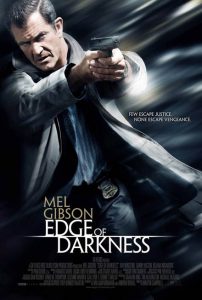 So this past weekend, Mel Gibson came back to the big screen after an almost 8 year leave, in the movie â€œEdge of Darknessâ€. The movie is about a veteran homicide cop named Thomas Craven (Mel Gibson), who is so happy to be having his daughter Emma (Bojana Novakovic) coming back home to spend some time with him. On the night of her arrival, Emma gets sick and as they are about to go to the hospital, she is shot dead right in front of Craven. Craven, being a cop for so many years believes that he was the initial target of the assassination. As he starts to investigate the case, he soon learns that his daughter was caught up in a corrupt corporate cover-up that may have been the reason for her murder.

All the while Craven is dealing with the lost of his only daughter and itâ€™s taking a toll on him emotionally. He soon meets with a government operative named Darius Jedburgh (Ray Winstone) who has been sent to clean up any evidence or people that might lead a trail to the shady workings of the company that the government is backing. With or without Jedburghâ€™s help, Craven is determined to find answers to his questions about why his daughter was a target, and he doesnâ€™t plan on going by the book to get those answers. 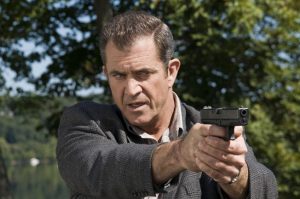 Now itâ€™s been a long time since Mel Gibson has had a starring role in a movie, so I was very excited about his return to the big screen. Yes heâ€™s aged, and I knew he wouldnâ€™t be fighting in the movie the way he use to in the â€œLethal Weaponâ€ series, but I always thought that beyond the fight scenes, he was a well rounded actor. He didnâ€™t disappoint. This movie shows the struggle of a single parent who loses his only child, and basically now has nothing else to live for. His only determination in life is to find the people responsible for taking away his last piece of happiness. I feel Mel, did a great job at showing the anguish and sorrow that this man was going through. He had spent so many years away from his daughter while she attended college and then went off to work, and when he finally was given the chance to reunite with her, she was taken away from him. Itâ€™s a very powerful movie as it twists and turns and youâ€™re not really sure if his daughter was involved in some sort of criminal activity or the victim of a bigger corruption scheme. The drama in this movie was very intense as the story started to unwind about the goings on of Cravenâ€™s daughter. Ray Winstoneâ€™s character was to calm, cool and collected assassin who enjoyed the finer things in life. He cherished a good cigar and conversation and never got agitated about any situation that he was about to get into. I enjoyed this character very much. Danny Huston played a heartless weapon manufacture named Jack Bennett whose company was behind all the intrigue and government corruption. His character was strong when he wasnâ€™t in harmâ€™s way. Not so much when his life was on the line. Overall I enjoyed this movie. Even though there wasnâ€™t too much action, as it was more of a dramatic thriller. I feel for Melâ€™s first movie back, it was a decent enough project. I give this movie 2 stars out of 4. It kept me interested and the story was quite compelling. The movie ran 1 hour and 56 minutes. It was rated R for strong bloody violence and language. It was written by William Monahan and Andrew Bovell from a story by Troy Kennedy Martin. It was directed by Martin Campbell. It was produced by GK Films, Icon Productions, and BBC Films. It was distributed by Warner Bros. Pictures Distribution.

Keep a track of your child’s whereabouts; you never know what they might get into. Ezo
Next Review: From Paris With Love