This year there will be many blockbuster movies coming to the big screen. As they hit the theaters, Iâ€™ll be there to give my take on the cream of the crop. Looking ahead, here is what Iâ€™ve been reading about on some upcoming projects in the works. 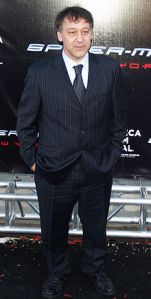 First off is some really bad news. Just as John Malkovich officially signed on to play Vulture in Spider- Man 4, Sony has pulled the plug on the project. Apparently there have been problems with the script, and this has caused director Sam Raimi to quit the production. As you know once thereâ€™s a leak in a dam, it wonâ€™t be to long before the dam breaks. After Raimiâ€™s departure, Tobey Maguire and other cast members followed suit. Sony quickly responded by saying that they have another finished script, by James Vanderbilt. In this one, Peter Parker is going back to high school and it will focus on a teenage spidey, grappling with both contemporary human problems and amazing super-human crisis. It is scheduled for release in the summer of 2012. (I see disaster in the works)

In more super hero news: Hugh Jackman has confirmed that there will be a â€œWolverine 2â€. He says that after he shoots a movie called Real Steel this summer, directed by Shawn Levy he will head to Japan to start shooting for the Wolverine sequel. He also says that, this will probably happen in a year to a year and a half time. So donâ€™t expect to see Loganâ€™s claws come out in theaters till maybe the summer of 2012. 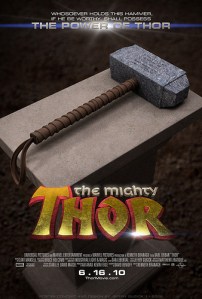 The Hollywood Reporter reports that Colm Feore and Jaimie Alexander (â€œKyle XYâ€) will join the cast of the â€œThorâ€ movie. Chris Hemsworth has already been cast in the lead role of Thor. Tom Hiddleston has also been cast as Loki, the movieâ€™s villain: and Natalie Portman as Thorâ€™s human love, Jane Foster. Alexander will play Sif, one of Thorâ€™s loves, but Feoreâ€™s role is unknown and is being kept a secret. Speculation is that he will play a villain in the movie.

Vin Diesel is signed to be in two more â€œFast and Furiousâ€ sequels. A while back he also indicated that at least one new â€œRiddickâ€ movie was in development â€“ although later post suggested two Riddicks may actually be in the works. One thing for sure is that location scouting has started for a new Riddick project, so we know that there will be at least one sequel. (Glad to see Vin is finally becoming a team player)