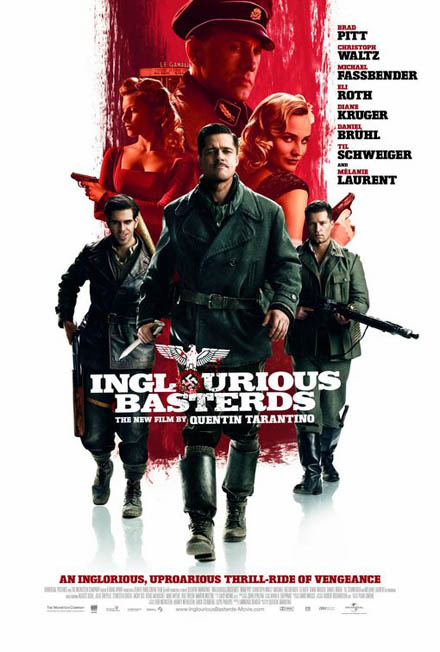 This past weekend brought us Quentin Tarantinoâ€™s â€œInglourious Basterdsâ€, the highly anticipated movie starring Brad Pitt. The movie revolves around a group of Jewish decent soldiers called the Basterds, led by Pittâ€™s character â€œLt. Aldo Raineâ€. Raine has formed this group to carry out one mission and one mission only, â€œTo kill as many German Nazi soldiers as they can and strike fear into the hearts of the Germansâ€. Also out for revenge is a woman named Shosanna Dreyfus (Melanie Laurent) whoâ€™s family was brutally killed by the Naziâ€™s, led by the notorious Jew Hunter, Col. Hans Landa (Christoph Waltz). All of our combatants paths will cross at a German Cinema festival held at the movie theater that is owned by Shosanna, now hiding out as a French woman. In attendance will be Hitler himself and all of the leaders of the Third Reich. Will these anti-Nazi fighters be able to carry out the mission? Or will Hitlerâ€™s reign continue to take the lives of innocent Jews.

Tarantino wrote this movie as a â€œWhat ifâ€ scenario that would bring an end to the Naziâ€™s in World War 2. Now as intriguing of a story it was, I felt it was way too long. At 2 hours and 32mins, Quentin made this movie about 45mins longer than it had to be. With the long drawn out conversations between the characters it sometimes got overwhelming. There was of course classic Tarantino violence and action, but the set up to these scenes sometimes was just unbearable. There were some characters that stood out in the movie. One in particular was Col. Hans Landa, This character actually made the movie. He was intelligent, cunning, and ruthless. The way he would break down peopleâ€™s defenses was spectacular, but you know what he was going to do once he got his information from you, kill a Jewish person. Brad Pittâ€™s character was not that memorable. He was somewhat over the top and was just comical in my opinion. His group of Basterdâ€™s you really didnâ€™t get to see how they came to want to join this group of renegade soldiers. That is except for a character named Sgt. Hugo Stiglitz (Til Schweiger) who was actually a German soldier who liked killing German soldiers. This character I really liked and I felt he should have been used more in the film. He was big and intimidating and just looked really mean, which you would think is a good trait to go up against Nazis. 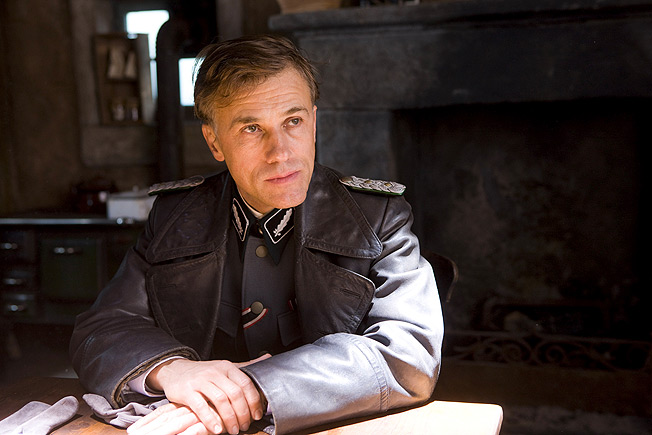 Mike Meyers also makes a very small cameo in the film playing Gen. Ed Fenech. When I say small, I mean really small. I felt it was really no reason for him to be in the film, except to be somewhat unrecognizable. He really didnâ€™t bring anything to the story of the film. Iâ€™m a big Tarantino fan, but I walked out of the theater somewhat disappointed. I expected so much more action and blood splattering violence. I have to give this movie 2 Â½ Basterds out of 4. It just didnâ€™t live up to all the hype. The movie runs 2 hours and 32mins. Itâ€™s rated R for strong graphic violence, language and brief sexuality. It was written and directed by Quentin Tarantino. It was produced by Lawrence Bender Productions, Studio Babelsberg Motion Pictures GmbH. It was distributed by The Weinstein Company, Universal Pictures.

Reviewed by Eric Williams
Sometimes a little is just enough to get your point across. Ezo
Next weekâ€™s review: Halloween 2