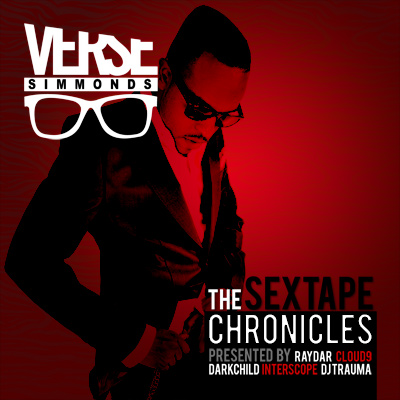 Of course the first thing that grabbed my attention was the title, and when I pressed play and heard the Intro I knew exactly what I was in for. I have never heard of Verse Simmonds until this mixtape was passed along to me but I am not mad at all at being enlightened. Let’s get into in…

First song that got my attention was Break Up. I love the original Mario version and was excited to hear a different take on it. I must say that Verse’s delivery was ok but then I got to his guests Rock City and Lunch Money and they took this song to a new level for me. They definitely outshine him on the song which was kind of a bummer to me but I proceeded on in the hopes of getting a better feel for what Verse was about.

The next song that jumped out at me was If You Won’t Feat Bree Dval. The song is reminiscent of Akon to me but I actually like it. It has a nice groove to it not too fast and not too slow but not a traditional “mid tempo” track. I more so like the premise of the song “if you won’t do it, she gon do it, if you can’t do it, she will do and, if you don’t do it, she will do it”.. Ladies take heed.

My favorite song on this album is S.E.X. Musically and lyrically this song is hot. It sounds like something I can hear on the radio, of course extremely edited but it rivals some of the songs on today’s top 5 at 5 countdown. Another hot song is Come To Me Baby, it uses the Sexual Healing track but I feel like this song is another slam dunk.

A few other songs worth mentioning are Buy You A Round, Work it Out and Summer Song feat Rock City. Buy You A Round is his current “single” or premiere song it has a nice chill summer vibe to it. Work It Out is another summertime banger. I like this song a lot it a bit faster paced then the other songs on this album. It’s more lyrically driven as opposed to track driven which is good because you get a better feel for his lyrical skills. For Summer Song, the title speaks for itself.

My overall opinion is Verse Simmonds is very talented and can hold his own in today’s market. There were a couple of songs that the tracks felt incomplete which, in my opinion, took away from the songs overall potential. His flow is unique he doesn’t sound like a cookie cutter artist which is needed in this industry to survive. Vocally at times he reminds me of Akon, but not enough for me to make a hard comparison. His sound is versatile as is his flow so he doesn’t sound like he is singing one continuous song over various tracks. You can check him out on myspace.com/versesimmonds where you can hear some of his music and get the link to download his mixtape. He is definitely an artist to watch and if he drops a studio album I would cop it. I would give it 3.5 out of 5 stars.