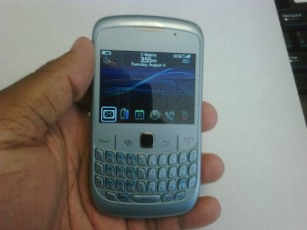 So I took my time with this one, to really get a sense of the newest member to the Blackberry family. First off the bat the Blackberry Curve 8520 is a nice looking device. It is the smallest, thinnest Curve I’ve seen so far, and I’m especially like the Frost Blue color. I had a chat with another person who under my suggestion purchased the 8520 the same day it came out, but she got the Black. Her reasoning, “Because Black goes with everything”. Now if that isn’t a fashion related comment about a tech product, then I don’t know what is. Perfect example of why G Style exist. Now I don’t disagrees with her, as the Black is good if you want to match up with any of your outfits, but I still like the Frost Blue. It stands out, is unique, and just something different. Fashion aside, let go into a little more about the device.

Of course let’s mention that this device as said to me by a RIM employee (at the T-Mobile Launch Event) is their entry level device. This is the device for users who may be new to the Blackberry experience. So if you already have the Blackberry Storm, Curve 8900, Bold, or Tour this isn’t the device you should be trying to upgrade to. But if you are a Pearl, Curve 83xx, or even a 8800 user this might make a nice bump up for you. Also if you are new to the Blackberry world, this would be a good starting point for your.

Now I have been using this device for the better part of the week, and there are some very cool things about this phone and there are some trade offs. First on the good side, and this is one its best features, the trackpad. I LOVE the trackpad! I seriously wish I could pop out the trackpad and somehow get it into my Bold. I recently had to replace my Bold because the trackball on the former one had stopped scrolling down. You realize how useless your Blackberry becomes, when you can’t scroll in one direction. This isn’t a problem with the trackpad. It has a optical sensors that detects the direction your thumb is scroll, I love this thing! Then there is the dedicated media keys along the top of the device. There is a Play/Pause, Back, and Forward button, which brings the media features of the device front and center. 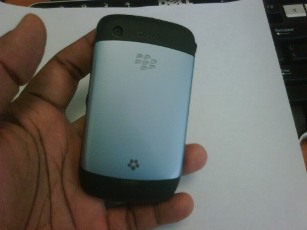 Now it isn’t all rosy with the Curve 8520. For one the screen is only 320×240 and with the nice high res screens of devices like the Storm, Bold, Curve 8900, and Tour that resolution size is a fail to me. Then there is no GPS, 3G, and not even a flash for the camera. The camera itself is only 2.0MP, but I don’t complain too much about that, but the no flash wow. I’ve a couple other review from people and they have remarked about the really simple battery cover of the device, but I don’t fine it that bad. Yes it doesn’t have no special snaps, or fancy way of locking the cover in and taking it off, but I found it simple to use. This is a far cry from other Blackberry devices I have used! Another thing that was rough is using this device after using a Bold. With the screen resolution being smaller, applications like SocialScope and others look huge compared to the Bold. Sure if you haven’t use a Bold, Curve 8900, or Tour you probably would notice this as you wouldn’t have nothing to compare it to. But that was a minor annoyance I had.

All in all, this is a nice little device, perfect for the Pearl user who might want to jump into a query device and good for someone who is new to Blackberry who doesn’t want to spend too much, but still have all the perks of owning a Blackberry device. Would I recommend this device? Yes if you are a Pearl, Curve 8300 user, but no if you have a Bold or any device that came out after it. And if you do get it, pick the Frost Blue, it’s nice!