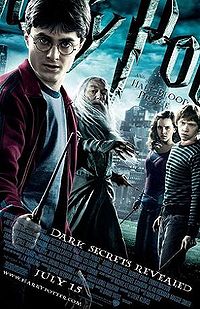 Wow, six movies based on the novels from J.K.Rowling’s story about a young wizard named â€œHarry Potterâ€. What a franchise this story turned out to be. Well if youâ€™ve been under a rock and have not seen any of the Potter movies that have been coming out since 2001. I canâ€™t possibly catch you up with the story, and basically it would be foolish for you to see this one without the knowledge of the previous 5 movies. What I can do is tell you what happens in this chapter. The story starts off as Harry Potter (Daniel Radcliffe) is entering his 6th year at the Hogwarts School of Witchcraft. Professor Dumbledore (Michael Gambon) wants Harry to befriend a teacher, Professor Horace Slughorn (Jim Broadbent) who has recently been asked to come back to the school to teach potions. Slughorn was a teacher of a student named Tom Riddle who went on to become â€œVoldemort â€œ the killer of Harryâ€™s parents and his arch enemy since the beginning of the Potter story. Professor Slughorn holds a secret memory that may help in the defeat of Voldemort. Harryâ€™s two best friends Hermione Granger (Emma Watson) and Ron Weasley (Rupert Grint) have their own problems going on as one of them starts to get upset that the other one doesnâ€™t seem to notice their affection for them. All of this is going on while Voldemortâ€™s group of evil witches and wizards,â€The Deatheatersâ€ are wrecking havoc in Hogwart.

I have been a big fan of the Harry Potter saga since the first movie came out so many years ago. All of the previous movies have had great special effects and a very well put together story line. This one continues in that perfect format. Like I said in the beginning of this review, if you have not seen the previous ones itâ€™ll be hard to just jump into the story. If you have been keeping up, then you should be very happy with the way they are putting this great tale of wizardry together. Harry in this movie is now supposed to be around 17 years old, and he is becoming quite the wizard. Harryâ€™s quest for revenge against Voldemort brings us to the past, with Voldemort as a student attending the Hogwart School. To no surprise he was quite a handful for the academy. Thereâ€™s a lot of back story in this chapter, but they always seem to add just enough effects to keep the movie adventurous and exciting. Although the film runs well over 2 hours just like the previous ones, it moves kind of fast, so you barely notice the time consuming factor. 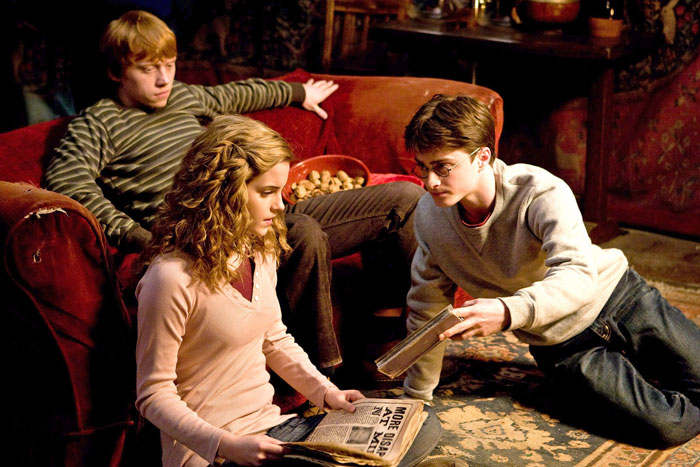 Now not to give away anything, but if you’re an avid reader of the novels, then you know this is not the last chapter in this story. Yes! There will be one last chapter that will be split into two parts. The first in Nov. 2010, with the second scheduled for a July 2011 release. One good thing is that Harry is finally leaving the school and setting out on a retrieval mission in the next two movies to finally have an all out battle with Voldemort. Those two movies should be very exciting and action packed, and a great caper to one of the best stories to ever be put to film. I give this movie 3 Â½ waves of my wand out of 4. I canâ€™t wait to see how it ends up, but I, like everyone else will have to wait a little over a year for the next installment. This movie also has set many records in its opening week. It had the biggest midnight opening gross of all time, the biggest single-day worldwide gross of all time, and the biggest 5 day week gross of all time with an estimated $158,022,354, and itâ€™s not even in IMAX yet. That release is scheduled for July 29th. This movie is going to set a very high standard to follow when itâ€™s all over. The movie runs 2 hours and 33mins. Itâ€™s rated PG for scary images, some violence, language and mild sensuality. The screenplay was written by Steve Kloves from source material from J.K. Rowlingâ€™s novels. It was directed by David Yates. It was produced by 1492 Pictures, Heyday Films. It was distributed by Warner Bros. Pictures Distribution.

Reviewed by: Eric Williams
Sometimes revenge can be a long and drawn-out process, you have to ask yourself if itâ€™s really worth it. Ezo
Next weekâ€™s review: Orphan