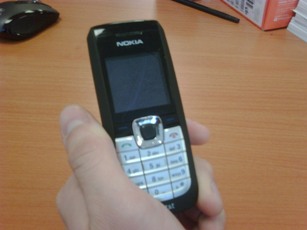 The last couple of years has seen incredible advances in mobile communication technology and companies like Apple and Blackberry have been pushing cellular phone technology to new heights. However, commentators and consumers have overlooked a staunch cellular phone technological innovator: Nokia. On the heels of recent industry releases, the century and a half-old Finnish company that made Snake a household name is (kind of) back with its latest (March, 2006) work of precision engineering: the Nokia 2610.

As a proud Nokia 2610 owner myself, I can tell you from personal experience, this phone blows away all of its competitors, including the Blackberry and Apple iPhone, in terms of features, reliability, and features. It is also a lot cheaper. The phone is a â€œgood size,â€ at about three inches in length, making it sturdy and reliable. However, it still fits comfortably into any pants-pockets, sparing the extra monetary and reputation, expense of having to get a belt holster for the phone.

When pitted against the Blackberry and iPhone, the advantages are obvious. First, one of the most common complaints about the Blackberry, from me at least, is the amount of buttons it has. Too many, the Nokia 2610 takes a cutting edge ergonomically sound design approach, consolidating three to four letters per numerical button, cutting down on the phoneâ€™s weight and size. This also minimizes palm and finger stress while navigating keys when editing text messages or creating entries in the address book. This also reduces on the amount of memory a user would need in order to remember where certain letter keys are.

Also, both the iPhone and Blackberry have in-phone cameras, but the Nokia engineering team, led by Chris Paretti in Palo Alto, CA, has created a phone so small and light that consumers lose nothing by just taking a camera everywhere along with them, in addition to the phone. A camera that was built specifically for the task of taking pictures will provide superior picture quality, as well as value, to what any cell phone company may offer.

– Text Messaging
– Capability to recall the last ten calls that have been dialed, received or missed.
– Bluetooth â€“ No. At the 2007 Nokia 2610 Annual Design Conference in Scottsdale, AZ, the executive Nokia design team decided to eliminate 2610 Bluetooth compatibility for the sole reason that people look absurd walking around with those little things in their ears.
– Color screensavers â€“ users may choose from Astro Galaxyâ„¢, Beach Bumâ„¢, and Viva Las Vegasâ„¢.
– Rare modelâ€¦ Discontinued in 2008.

The Nokia 2610 was available in March 2006 for the price of $20, after mail-in rebate, but was discontinued shortly thereafter. If you contact Nokia directly, however, and mention the special G Style 2610 promotional offer, the operator will most likely hang up on you :P