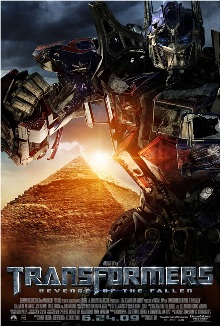 So last week brought us the second installment of â€œTransformersâ€. In this one it starts two years after the first battle on earth between the Autobots and the Decepticons. Sam Witwickey (Shia LaBeouf) is starting college and is trying his best not to lose touch with his sexy girlfriend Mikaela (Megan Fox). The Decepticons are bent on revenge and they are searching for a secret weapon that was left on Earth many, many years ago by their ancestors. Leading them this time around is their original ruler â€œThe Fallenâ€, who wants nothing less than the death of Optimus Prime. Meanwhile, the Autobots have joined forces with the humans in an attempt to keep the scattered Decepticons from causing anymore damage on the planet.

Now I really enjoyed the first movie of this cartoon turned live action adventure. It was fresh and exciting and full of action. I also liked this one a lot except for a few things that they did this time around. First of all the robots are cursing way too much in this installment, and I felt it really wasnâ€™t necessary to add that dynamic to the film. Second was the fact that Sergeant Epps (Tyrese Gibson) kept asking if this kid, Sam was going to be able to stop the war that was about to start. â€œHelloâ€ didnâ€™t he save the planet the first time around, with the help of his Autobot buddies? Also in this one, there are so many Transformers popping in and out of the action that itâ€™s hard to keep up with everyone. In this version we also got to see multiple Transformers join to become even bigger ones. That was cool, but was hard to make out who was interlocking with whom. The new character in the film, Leo (Ramon Rodriguez) was pretty funny as Samâ€™s college roommate who gets thrown into the battle. His scary antics were hysterical. Some of you may have wondered what happened to Anthony Anderson in this version. Well he did contribute to the movie by voicing the character â€œJoltâ€. 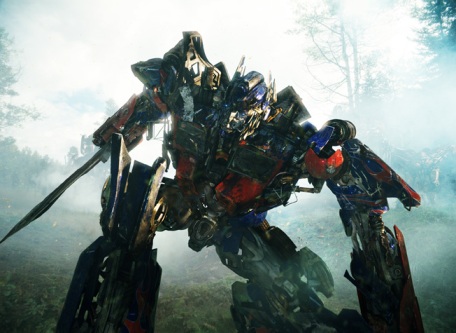 Also coming back for a second helping of galactic battle were Josh Duhamel (Major Lennox), and John Turturro (Agent Simmons, and he also was the voice of â€œJetfireâ€) Then there was a feature in this movie that was not part of the original cartoon. The robots were able to take the form of humans. This turned out to be a big surprise when it was revealed on the screen. All in all there were more than 10 autobots and more than 17 decepticons in this movie. This was a lot to keep up with, especially when they were joining together to form bigger robots. I still feel the movie was outstanding and canâ€™t wait to see what they do next. I give it 3 Â½ transformations out of 4. It was very enjoyable and the action scenes were amazing. With an opening week of over $201 million in ticket sales, this franchise has to continue. The movie runs 2 hours and 24mins. It was rated PG-13 for intense sequences of sci-fi action violence, language, some crude and sexual material, and brief drug material. It was written by Ehren Kruger, Alex Kurtzman, and Roberto Orci. It was directed Michael Bay. It was made by DreamWorks, Paramount Pictures studios. It was produced by Di Bonaventura Pictures, Inc. It was distributed by Paramount Pictures.

Reviewed by Eric Williams
Sometimes the best transformations are the ones we make in ourselves. Ezo
Next weekâ€™s review: TBD