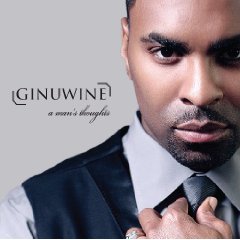 I wasn’t really feeling his first single Last Chance, but it grew on me eventually and I got this album on the strength that it’s Ginuwine. I must say I was not disappointed. Initially my favorite song was Open the Door, it’s one of those songs that is considered a slow jam but if they play it on the club, It’s On !! I was expecting to love Get Involved because it featured Missy and Timbaland but I must say it’s one of the few songs on the album I couldn’t really rock with.

Lying to Each Other is another hot song and a song we can all relate to at some point in our life. When I saw he had a duet with Brandy I had mentally written the song off, but Bridge to Love is a banger. Brandy is in top form on this song and the two of them are a surprisingly a good musical match.

I was half expecting to hear a bunch of club bangers and a Pony-like song on this album, but this is a grown up CD. This is definitely a more mature Ginuwine and I’m not mad at it. Even though there was a song or two I could live without this CD is a good purchase. The lightskinned brothers are definitely back !!