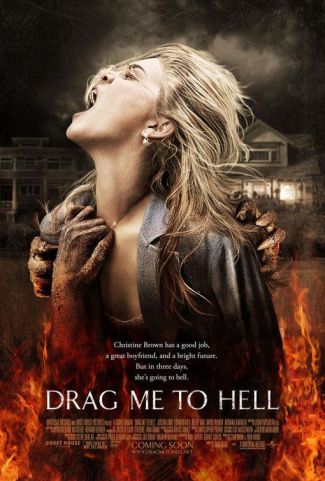 So this past weekend Sam Raimi (Evil Dead, Evil Dead 2 and 30 Days of Night) went back to his horror roots with the release of â€œDrag Me to Hellâ€. The movie is about Christine Brown (Alison Lohman) a bank loan officer who wants to impress her boss, so that she can be chosen for the asst. managerâ€™s position. To give her a better chance at winning the job from her competition Stu Rubin (Reggie Lee). Christian denies an old woman a third loan against her home. The lady soon becomes her worst nightmare as she puts a curse on Christine that summons a demon to come for her soul. With the help of her boyfriend Clay Dalton (Justin Long), she has just three days to try and stop this demon from coming and dragging her and her soul to hell.

Now I am a fan of Sam Raimi every since the first Evil Dead movie. He mixes humor with his horror movies and blends the two so well that you can laugh one minute and then jump out your seat the next. One thing that he brought along in this movie that he used a lot of in the Evil Dead movies is the use of Claymation effects. These effects are very good when trying to show skin peeling or other types of mutation scenes that usually happen in his films. Another thing that he is very good with is disgusting the audience out with some of the grossest scenes on film. The way he kept using the old gypsy lady, Mrs. Ganush(Lorna Raver) throughout the film was a great way to make the viewer almost sick to theyâ€™re stomach, but still laughing at the same time. 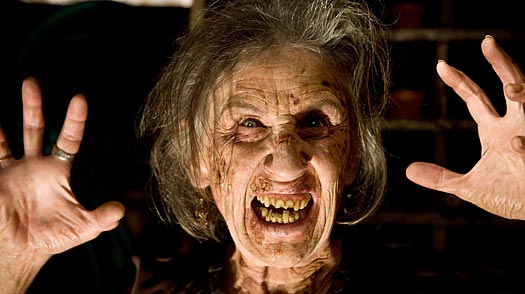 I give this movie 2 gypsy ladies out of 4. It was a fun ride, with a whole lot of shock value and creepy moments. Mr. Raimi will be bringing us another horror movie when â€œThe Grudge 3â€ comes out later this year. The movie ran 1hr. and 39mins. It was rated PG-13 for sequences of horror violence, terror, disturbing images and language. It was written by Ivan & Sam Raimi and of course directed by Sam Raimi. It was produced by Ghost House Pictures. It was distributed by Universal Pictures.

Reviewed by Eric Williams aka Ezo.
The next time youâ€™re faced with a tough decision at work, let your boss handle it. Ezo
Next review: Pixarâ€™s UP