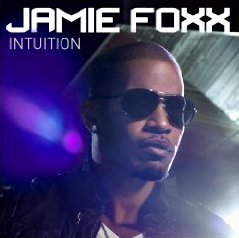 Jamie Foxx’s album LP is now in stores and this may be one that you’ll want to cop for a friend or family member as a stocking stuffer. Now I’m not sure who still buys CDs now a days, but hey you can always get them a iTunes gift card and suggest the new Jamie Foxx LP. This is Jamie Foxx’s second third album, first being his album Unpredictable which has now sold about 1.98 million copies.

This album from Jamie is a little more uptempo from his previous album. Where his last album was a lot of ballads and was slow and bedroom music, this was has got all these legitimate club, international hits and uptempo cuts. With guest appearances from T.I., Kanye West, T-Pain, Ne-Yo, Fabolous, Lil Wayne and more. Favorite tracks include “Number One” featuring Lil Wayne, “Digital Girl” featuring The Dream, and “Blame It” featuring T-Pain.

This is a definite album to cop, while it is really different from Unpredictable, it does definitely have a good vibe on it’s own right! This album is high energy and will have plenty of cuts for the club. This album can be purchased for $9.99 from Amazon or other retailers and iTunes. We’ve included the “Digital Girl” cut below for your listening pleasure. Why cause we like it and we’re a digital magazine! lol