The controller features a similar color scheme and design along with the The Last of Us Part II logo on the touch pad. The Limited Edition controller will also be sold separately for $64.99.

In addition to the new bundle, there will also be a Limited Edition The Last of Us Part II Gold Wireless Headset and a Officially Licensed Seagate 2TB Game Drive. Both come with the same color matched color scheme and fern design.  They will be sold for $99.99 and $89.99 respectively. 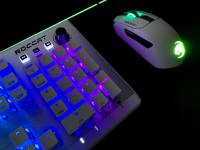