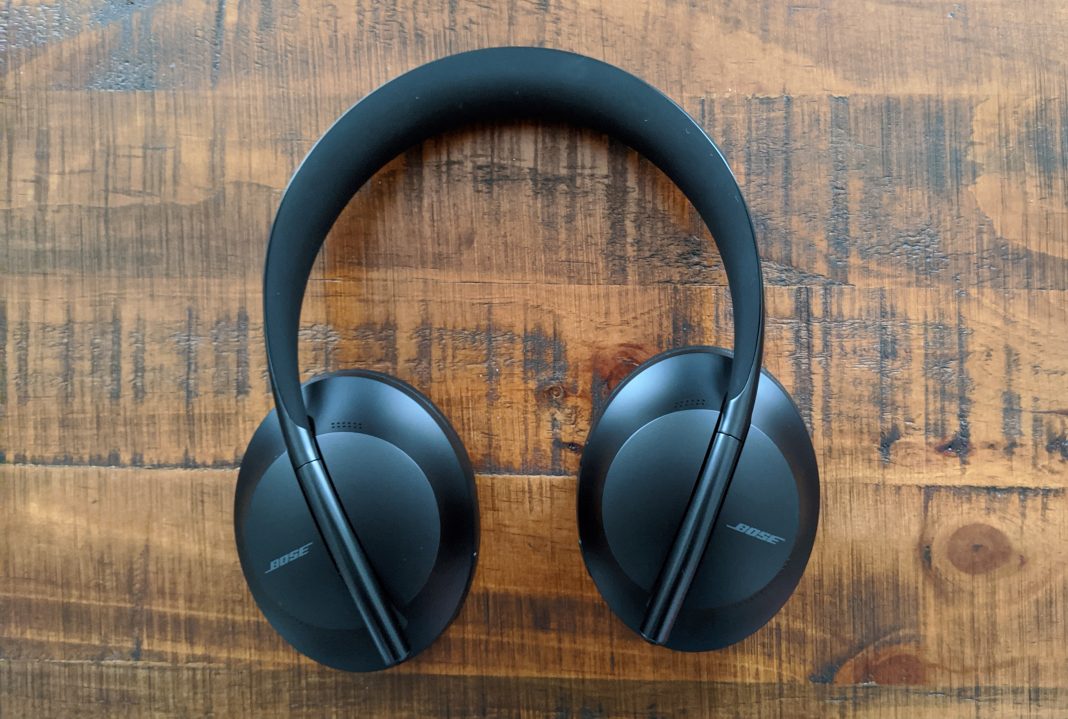 Bose’s 700 headphones may have been one of the most anticipated musical cans releases of the past year. Reasons such as it’s been years since the QC35 and its voice assistant QC35 II revision and the first time Bose has really changed their headphone design language. This amongst a few other things.  Will the 700s help Bose take back that noise cancelling throne from Sony?

The 700s take on a futuristic style free of screws and bends. Earcups slide up and down thru a groove of sorts and rotate in and outward. It gives the 700s a sleek clean look not seen on many headphones which is a plus. Earcups are a soft synthetic protein leather that are pillow plush against the ears while the headband also utilizes a similar foam material. There are various buttons on the 700s with one on the left ear that provides control on noise cancelling. You can set it for various levels. Buttons on the right allow voice assistance and there is a Bluetooth button that doubles as a power button.

When needed you can charge the 700s via the Quick Charge Type C port on the right while a 3.5mm jack is on the left if you need to get wired in. I am surprised to see Bose did away with the NFC feature that was on the QC35. Maybe it wasn’t used a good deal but I liked the option.

With Bose cutting down on buttons they have decided to go in the path of applying touch controls to their headphones. I have seen companies hit or miss with this and even have problems just from freezing weather outside, but Bose has seemed to nail it perfectly. The 700s are very responsive to the touch. Double tapping to play and pause, up and down for volume controls, while left and right change tracks. This is all done on the right earcup where the Bose emblem is.

Active Noise Cancelling has always been a key to victory for Bose over the years and the 700s want to keep that streak going. ANC is superb on the 700s and they have done a great noise of isolating me from my surroundings whether I’m doing my daily train commute or even while in the air flying across the control. The fact Bose lets you take control of the ANC levels is a nice touch which can done through their Bose App.

On the audio side, Bose does a great job of giving you that perfect balance of sound. Great clarity, nice vocals and decent bass. I do feel though it is lacking a little in the mids department. Like I’m missing that overall presentation and that pow that I get from say the Sony XM3s. I even let one of my colleagues try and they felt the same.

I roughly used the Bose 700 for a bit over two months and they held up pretty good. Sometimes putting them in the case or even just stuffing them in my bag and they still look the same as day one.  Battery life has kept up with its advertised 20+ hours and using Type C alongside to charge has been a plus.

These are some of the best headphones I used to have call conversations on. Voices are crisp and no one has issues hearing me on the other end one bit. This is whether I was walking the windy streets or in the house utilizing my Wi-Fi calling.

The app itself has been a hit or miss to do upgrades or changes but felt it worked better on iOS then on the Android side. I just happen to be luckily to have access to both OS platforms, but they need to get it together.

Giving it some well deserved time, the Bose 700 are a great set of cans that you want to try out. Spectacular battery life, awesome for phone convos and of course music listening. While the sound is good overall its just lacking a bit in the mids area. Some may or may not notice it, but I just feel its missing that powerful presentation the QC35s possessed and the XM3s have. Also, its $400 price tag makes it one of the priciest in the market in its range.