Destiny 2 Shadowkeep: Season of the Undying is coming to an end and Shadowkeep is moving into the 9th season of the Destiny annual pass.

Season of the Dawn is the name and with that we see the return of Osiris, a new assault by the Cabal and what appears to be the return of the legendary titan Saint XIV. The new season will be available next Tuesday December 10th as part of the weekly reset and Bungie laid out what we can expect in the new season. It’s the standard stuff in terms of new weapons and armor that are represent the new season. There will be a new artifact that replaces the Gate’s Eye. There is a new 6-man event called the Sundial which is a horde mode event similar to the escalation protocol.

You can expect that this season will be packed with exotic quests, new Crucible events with notably announced was the return of the Rusted Lands map from D1. PvP players will love this. All in all this season does appear to be interesting and of course the Destiny faithful will be engaged, myself included. We’ll keep you updated with any news and information regarding the Season of Dawn. Get ready Guardians. Peace 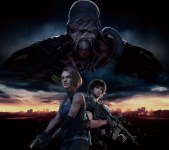