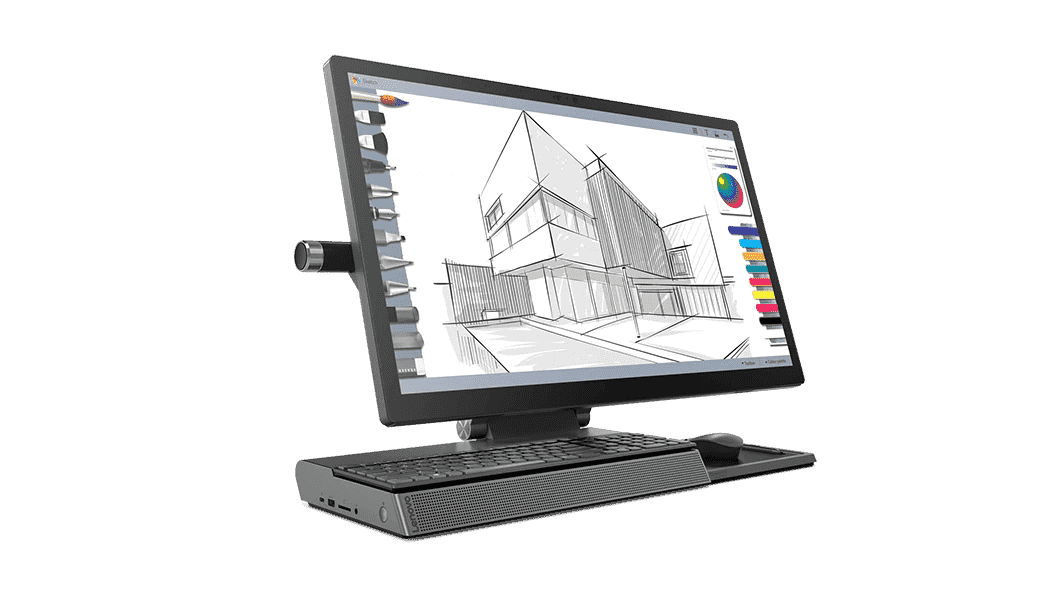 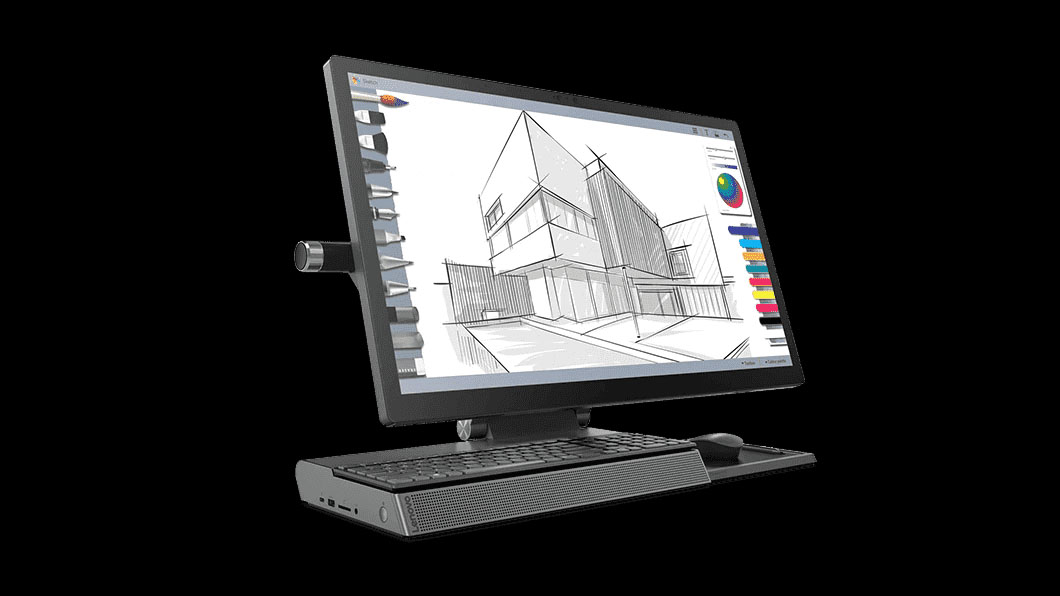 Earlier this year at CES 2019 Lenovo unveiled its first look at their challenger to Microsoft’s Surface Studio 2, the Lenovo Yoga A940. I’ve been testing the A940 for a while now, and after having some experience using the Surface Studio 2 the question remains, does the differences make the Yoga A940 a true competitor?

The Lenovo Yoga A940 is an all-in-one desktop designed for design/creative professionals. The system I tested came with a eighth-generation Intel Core i7 CPU-8700, 16GB RAM, Samsung M.2 SSD, 1TB Seagate SATA hard-disk drive HDD, Wireless Keyboard and Mouse with dedicated AMD Radeon RX560 graphics. More than enough power to run Adobe Illustrator, Lightroom, Photoshop, Premiere or even the latest version of Autodesk’s AutoCad and Sketchbook. I installed each of the aforementioned and tested each for its performance, and the Yoga did not disappoint. 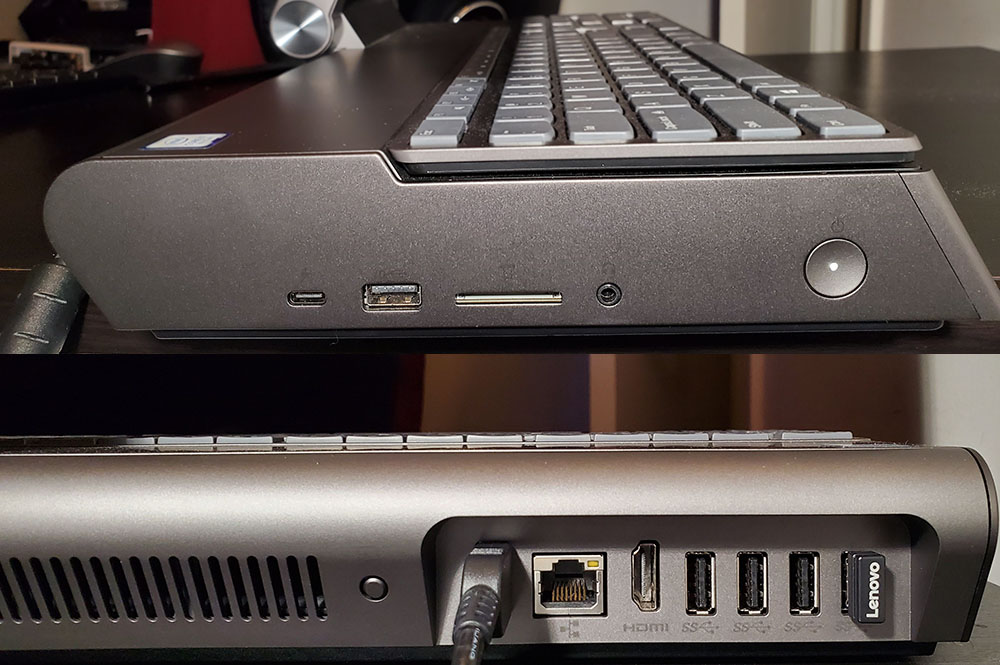 The Base of the Lenovo Yoga A940 is the length of the monitor, and how it utilizes that space is what makes it interesting. The left side of the base hosts the power button, a 3.5mm combo audio jack, an SD card reader, USB 3.1 Gen 2 Type-A, and a Thunderbolt 3 port. Behind the base, there are four USB 3.1 Gen 1 Type-A ports, HDMI, Ethernet, and power ports. There’s also a button for switching the HDMI as an input great for connecting your gaming console, or output for a dual monitor setup (option not available on the Surface Studio). On the right side, an area for the mouse and a wireless Qi charging pad for wireless devices and a slight indent for the battery powered Active Pen. When a wireless device is on the Qi pad, a small LED light indicator appears, letting you know the device is charging, charged, or an amber light meaning there’s a problem. On top of the base is an area to place the wireless keyboard (when not in use) as it sits on top of 2x 5W Dolby Atmos speakers, which is loud, clear and sounds absolutely incredible.

The Display boasts a 27-inch touch display (available in QHD or 4K resolutions), I had the 4K version, supporting Dolby Vision HDR with a rotating dual-hinge that tilts the screen from 90 and 25 degrees turning from desktop to sketch/draft table with ease. The included Active Pen, was not perfect, but I’m certain there is a software update to adjust. I found in some cases while drafting, the pen would drag ever so slightly. Also be aware where you place you hand on draft mode, as the screen will register the pressure.
One of the problems I discovered in draft mode, was because of the glossy finish, direct light on the screen produces an uncomfortable glare.
On the right of the screen there’s a light dimmer, adjusting to three levels of brightness to illuminate the area below. On top of the Display is 1080p Webcam/IR Camera with privacy shutter, using ‘Windows Hello’ you can quickly login to the PC with face recognition. 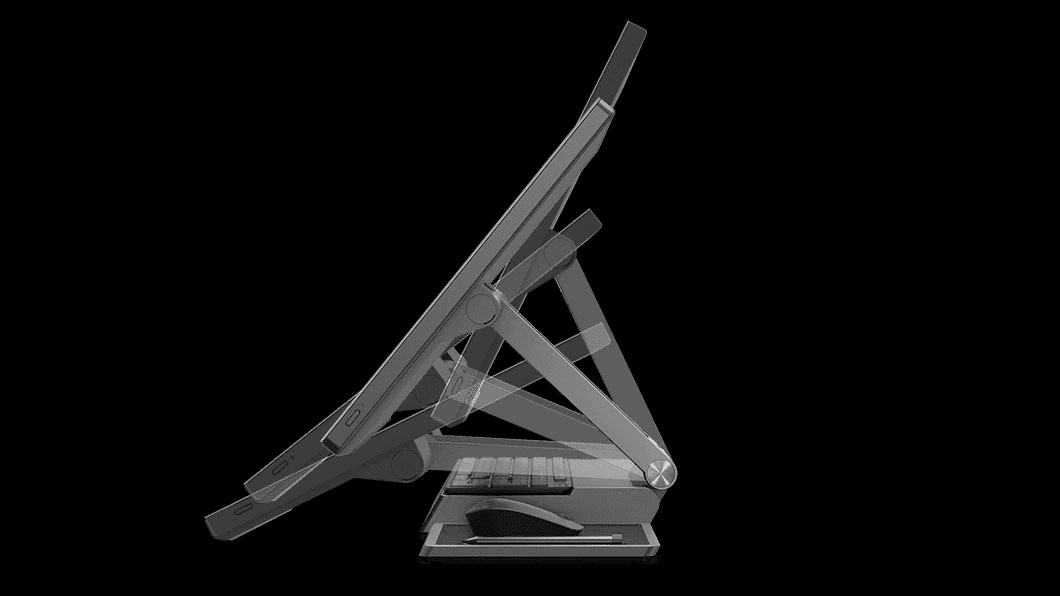 I tested the HDMI input/output feature with my gaming console, blu-ray player and my mobile phone. The 4K Dolby Vision display is amazing, it’s clear, it’s sharp and paired with the Dolby Atmos. I found myself lost in whatever I watched on the display. With the included pair of 3W speakers on the bottom of the screen, no matter the angle display is tilted, you’re going to have amazing sound. 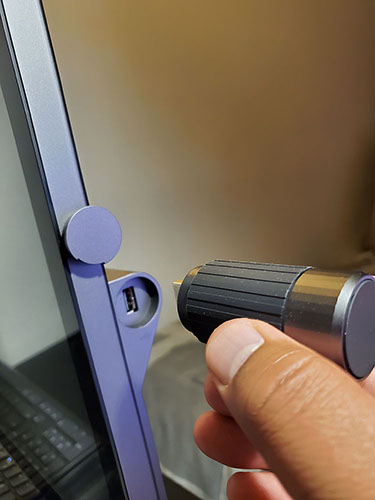 Lenovo cleverly designed the creation dial. With minimal work, you can plug the dial into one of the USB 2.0 ports hidden behind either (the left or right) side of the display hinge, just remove the magnetic cap. This was a game-changer for me as it was one of my biggest problems with the Surface Studio 2 as the magnetic Surface Dial became more of a hindrance than a productivity tool. I found myself constantly moving it out of the way or knocking it off the display. Lenovo’s creation dial has two rotating rings with a button at the top, pressing down on the middle button will display shortcut options depending on the app you’re using. I was able to quickly assign settings and use it change features and toggle between tools within Adobe and Microsoft Office programs. The LED ring on the dial glows a certain color depending on the application you’re using. 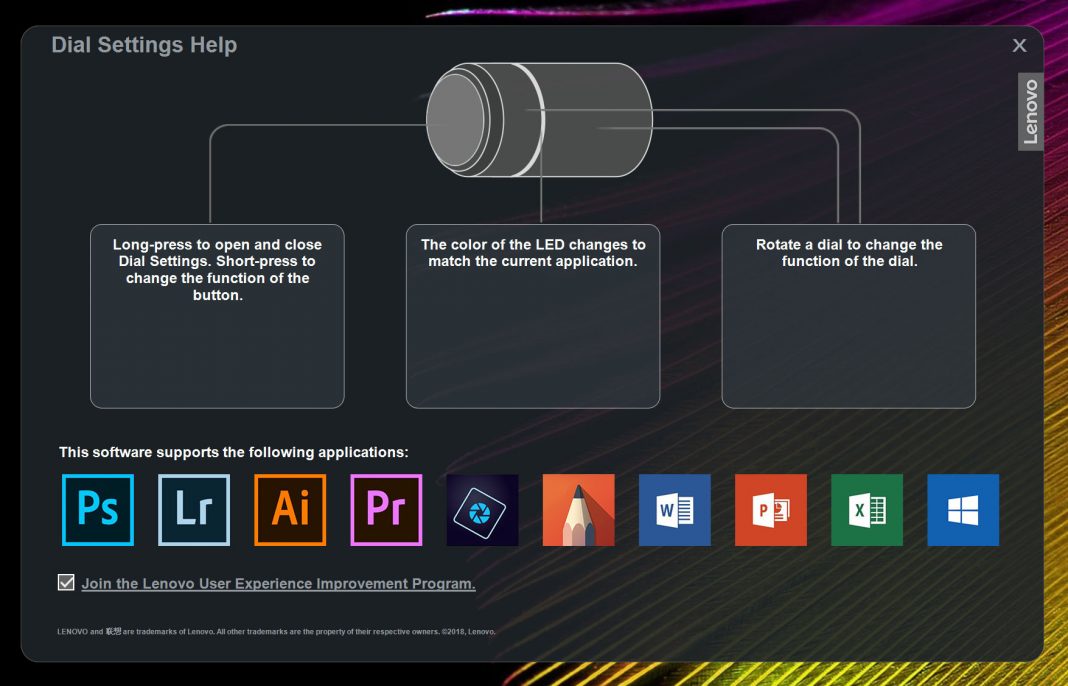 Lenovo Yoga A940’s wireless keyboard and mouse came with a few surprises as well. Underneath the battery powered mouse you’ll see two switches. One to power on the mouse and the other switch toggles the frequency setting between, 800, 1600 and 3200. The higher the frequency the more accurate and responsive your mouse will be, excellent for precision performance. My first problem came when I realized the wireless keyboard is not charged by the base or by battery, but via a microUSB cable that must be plugged in. 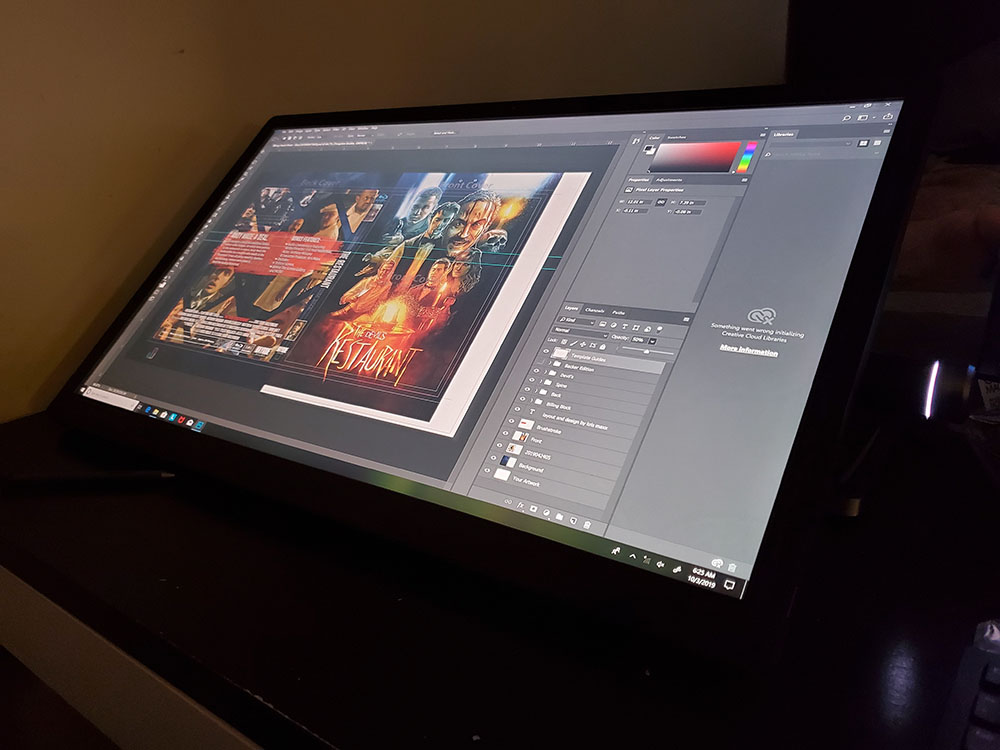 Everything about the Yoga A940 was designed to take up as little space as possible, with a place for everything and crafted with thought. A few times I wondered, how would I improve this design? I found logic in the placement of everything. No matter the position of the screen, you have access to everything you need. Having that area to place the keyboard, pen, mouse, when not in use, keeps the area tidy. The Dolby Atmos Vision and Sound was a surprise addition, adding a secondary monitor or connecting a gaming console to it was extremely easy.

If you’re a design / creative professional searching for a high-end all-in-one desktop, the Lenovo Yoga A940 is actually worth your consideration. Please note, if purchasing the A940 outside of the U.S. expect different specifications.