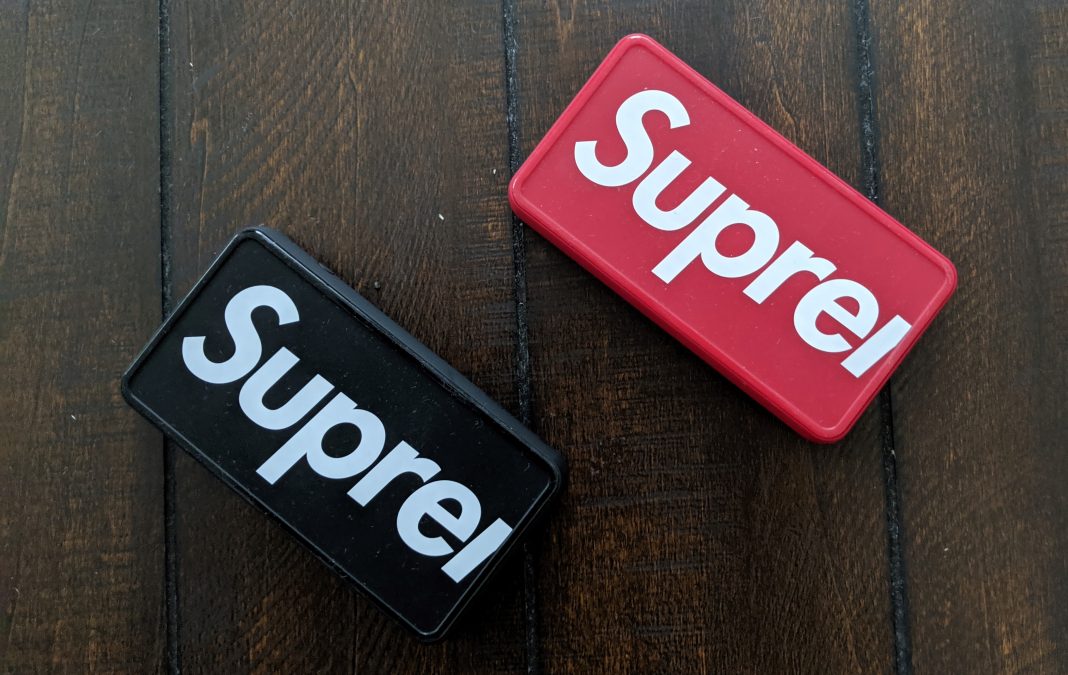 By now you probably are aware that the latest collab from Hypebeast brand Supreme and mobile battery maker Mophie was finally released via Supreme’s SS19 last weekend.  They tend to switch it up yearly usually going in what Mophie has new coming down the pipeline. Last year we got Juice Pack Airs exclusively for iPhone 7/8, 7+/8+ users and the year before that was catered more towards iPhone users with a microUSB tip option on the PowerStation Plus Mini.  This season they are going with Mophie’s PowerStation Wireless XL.

They are coming in two colorways that are standard for Supreme with an all-black finish or all-red both with the Supreme logo in white spread across the front with some of the wording cut out. Wireless XL has a rubberized feel to it but this for good reason. It supports wireless charging and will help keep your smartphone of choice rested upon it. This works for iPhones and Android devices that support wireless charging keep in mind. In this instance I tested with an iPhone XS and a Samsung Galaxy S10+.

If wireless isn’t your game, you can still charge wired via USB-C or more traditional USB-A. Battery provides 10,000mAh which means you can charge your phones multiple times or even charge two at one time either via both ports or one port and one wireless. There are LED indicators telling you how much battery is left as well.

Now the hard part is trying to get one. They weren’t listed on Mophie’s site (even their non-Supreme branded one is sold out) and if you missed the Supreme SS19 drop you might be out of luck. As of right now is to scope out some resellers or check on eBay. Unfortunately, StockX isn’t allowing listings at this time and looks like they probably won’t. It retails for $119 but are fetching almost double elsewhere. Good luck if you are on the hunt and don’t break the wallet too much.