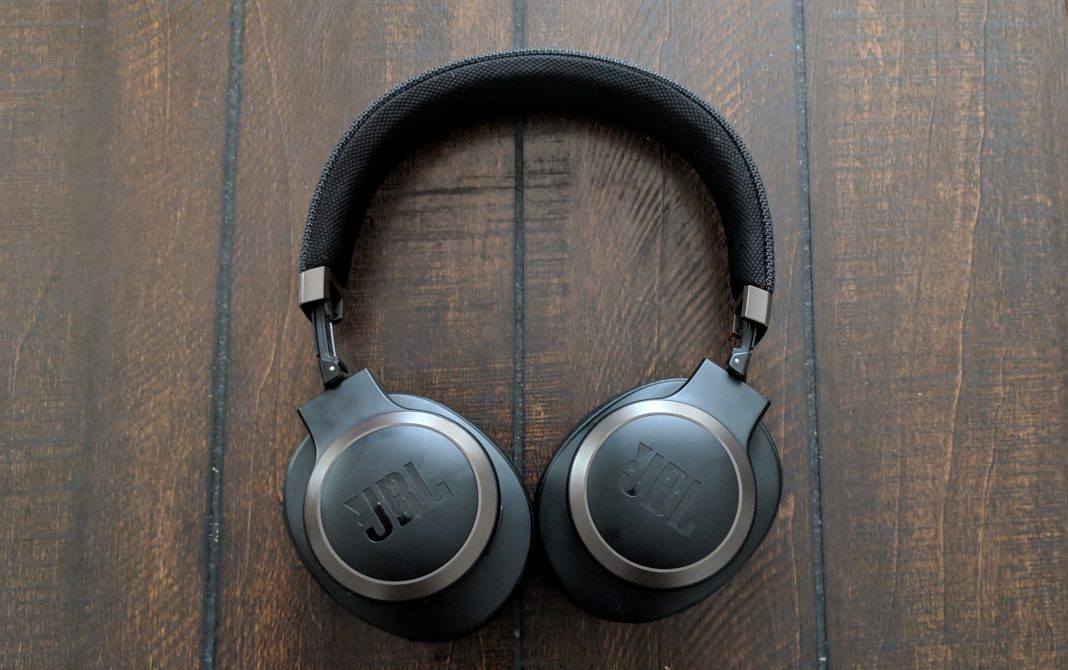 JBL has always been good for making a headphone to cater every type of audience and the Live 650BTNC is a pair of noise cancelling headphones suited to give you just enough of a great listening experience with some features slid in a reasonable price tag. 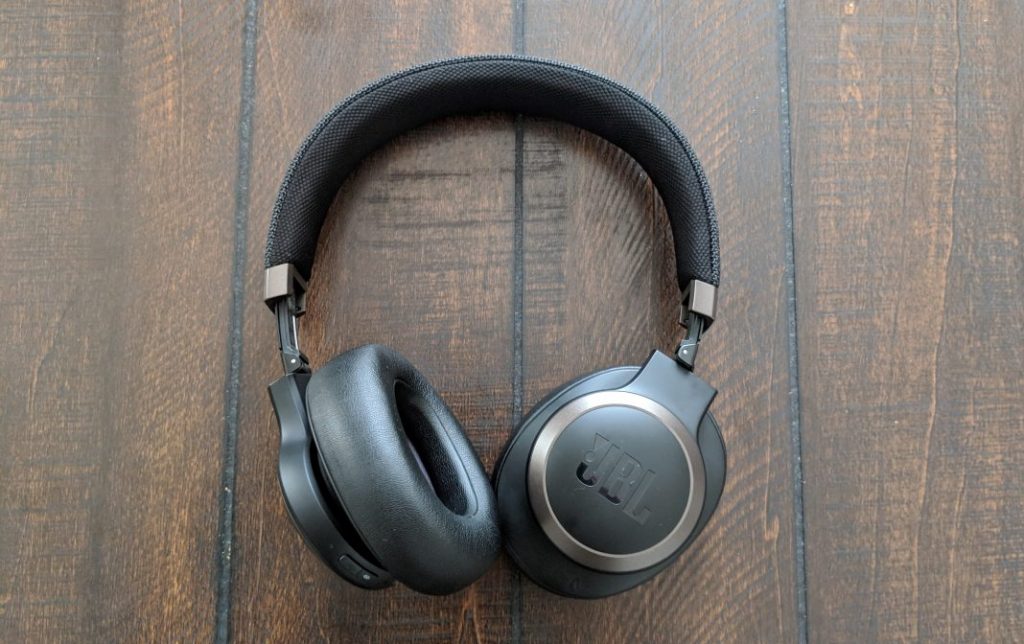 JBL headphones don’t tend to be flashy outside of maybe getting an optional vibrant color and the Live 650BTNC hold true to this as well. There are three colors of these headphones and JBL was nice enough to provide us with the all black colorway tapped with dark bronze that is hitting on certain parts which you notice on the earcups and the JBL logo on the headband. Speaking of the headband it’s a fabric material that provides comfort to the head even for long wearing periods. The headphones mostly consist of plastic with the earcups having a plush leathery padding. JBL gives you the option to either fold up or swivel out the earcups depending on your storage choices. Either way they fit in the included carrying pouch. 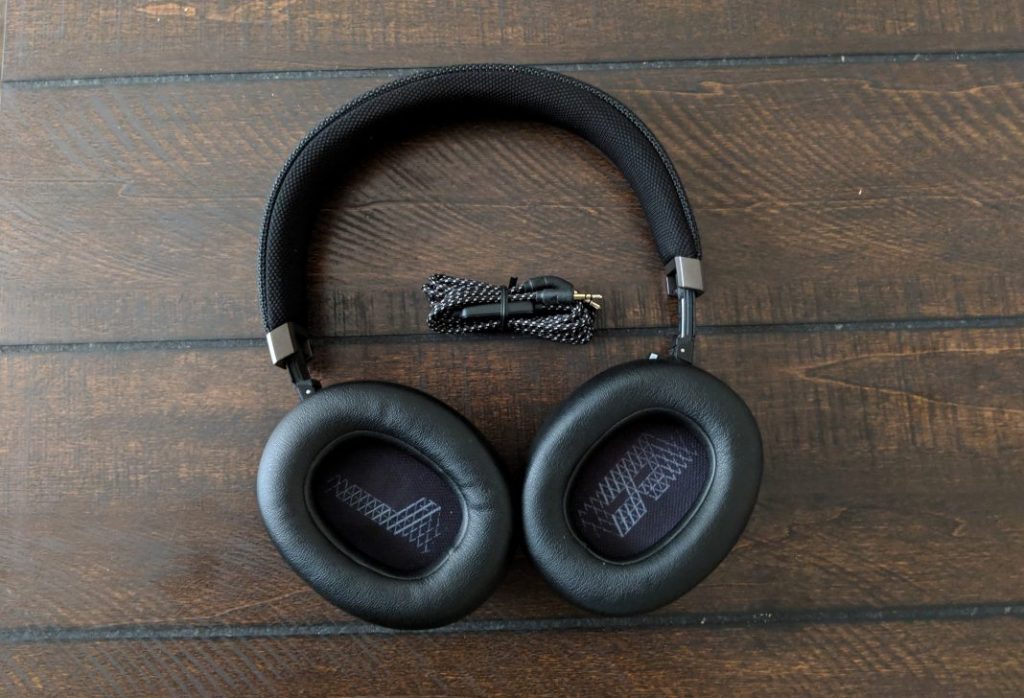 As far as functionality on the Live 650BTNC most of it resides on the right ear. There is a sliding power button on the device with music controls or calls nearby. Also, volume controls and a 3.5mm headphone jack are available. Next to that is the Bluetooth and ANC buttons. I wish the button layout was better and more distinguishable of what you are pressing without looking. JBL included a nice braided audio cable with these. On the left side is a microUSB port for charging. Sadly, they haven’t made the jump to Type C. Also, on that left side the JBL emblem doubles as a voice assistant for Amazon’s Alexa or Google Assistant.

With these headphones JBL gives you the option to setup either voice assistant but I chose Google as I use them most the time. You can easily configure it thru the Google Assistant app on your smartphone. Using a Galaxy S10+ it was already included and enabled so it took a second. You can use it just as you would on any device ranging from playing music, the weather or even commanding products in the home. I’d preferred the button to be more clickable since as soon as you slightly tap it activates.

Battery life is pegged at 30+ hours (20 w/ ANC) which can hold true as I haven’t charged it much. But that’s only if you remember to turn it off. Since it’s a slide button rather than a tap button it always be on. Only saving grace with this if you happen to turn off Bluetooth on the accompanying device.

JBL tends to never fail when it comes to producing their Signature Sound in their headphones. Lows are strong in the bass department and hit if listening to the right track while also holds true with vocals providing max clarity. If you need to make any changes, there is an equalizer available on the JBL app.

Noise cancelling with the 650BTNC isn’t the strongest and frankly depends on the environment. I found their Everest Elite 750NC from a couple years back do the job in the loudest of areas. 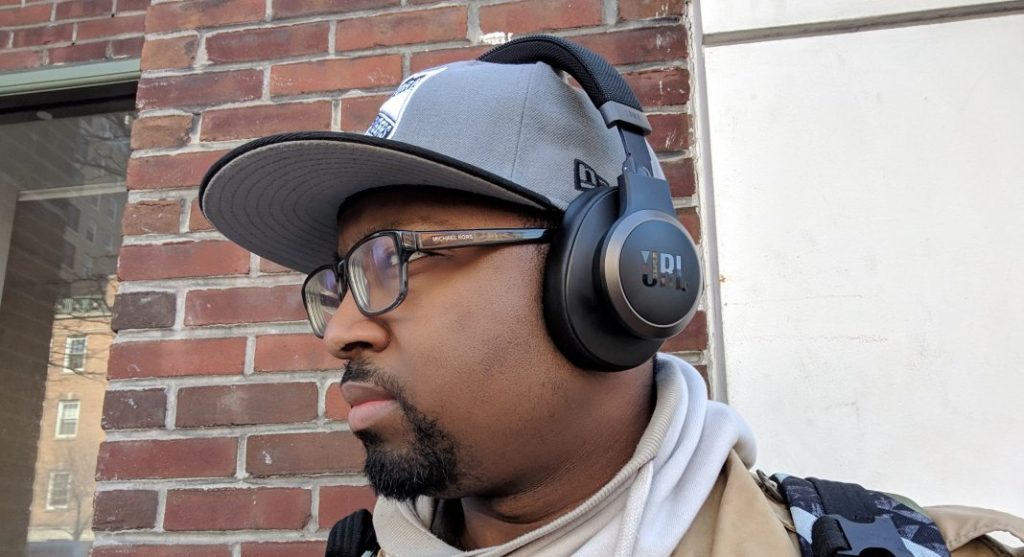 I rolled with the JBL 650BTNC for the past few weeks mostly using them on my daily commutes. Listening to my music on Google Play Music, Spotify and watching the occasional Netflix show here and there. Audio was cool but would have preferred the noise canceling to be better. Riding the trains daily the noises would creep in and then I must crank up the audio which wasn’t frankly ideal in my mind. Battery life wise I was glad I didn’t have to charge them up much and if that was the case it reup on power with fast charging and get you back up quickly.

The 650BTNC by JBL pack a nice number of features such as smart assistants, 20+ battery life, and noise cancelling into its comfortable musical cans for $199.99. It could be stronger in the noise cancelling department but should satisfy those that need every day great sounding headphones at a reasonable price point.