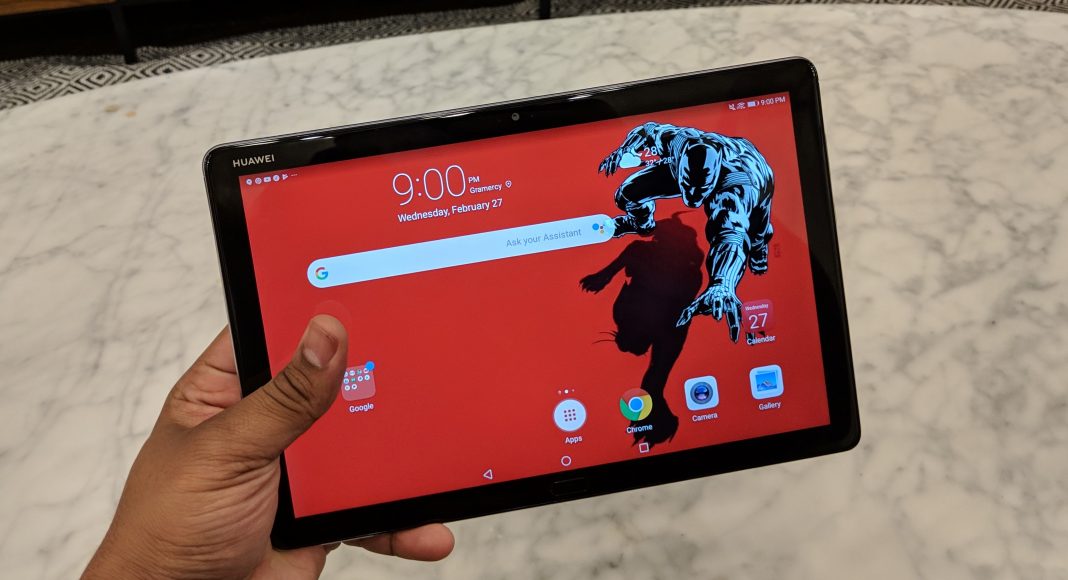 The days of tablet consumption have gotten smaller with the continued rise of huge smartphone displays. Tablets these days are being used more in schools or by younger kids. The MediaPad M5 Lite has taken children in mind with some interesting features to be easy on the eyes but also some things that may gravitate to the older media viewing audience. Are tablets still needed and does the M5 Lite push the case for it? 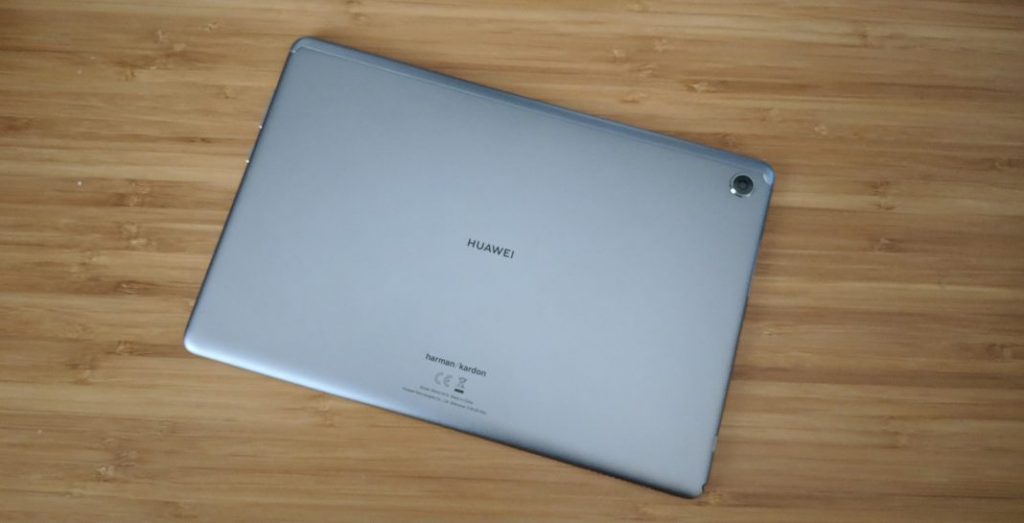 The MediaPad M5 Lite is a 10.1” tablet that has a look that screams simplicity. It’s unibody presents aluminum on the back and glass on the front that is slightly risen. It has quad speakers with two on the top and two on the bottom which I think are positioned perfectly. Whether you hold it in landscape or portrait mode you are less likely to cover them. Tuned by Harmon Kardon they sound great for media consumption as I have watched some Infinity War and Alien Convent via Google Play Movies and some YouTube. 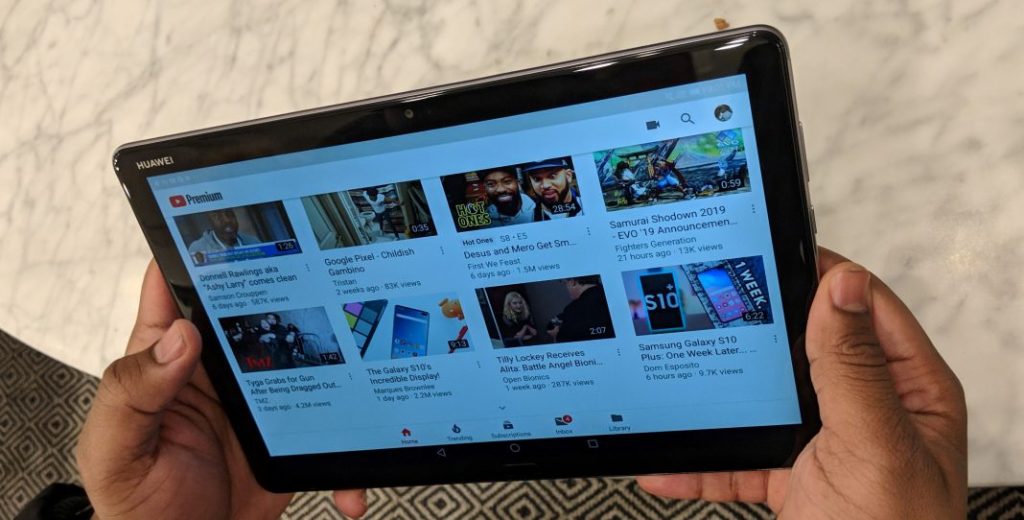 Speaking of viewing content, the M5 Lite is an IPS 1080p display panel that has ClariVu which is what they call their blue light filter or eye comfort software. Colors seem pretty accurate and has a good amount of brightness on it. The display also supports the included M-Pen lite Stylus which has 2048-layer pressure sensitivity. I haven’t used it much but if you want to take the quick note or get your sketch on you will have a decent time with it. The M-Pen does use an AAAA battery to power it up. I wish there was a way to store in the tablet or attach via magnet. I can see it getting lost as I have misplaced it various times. 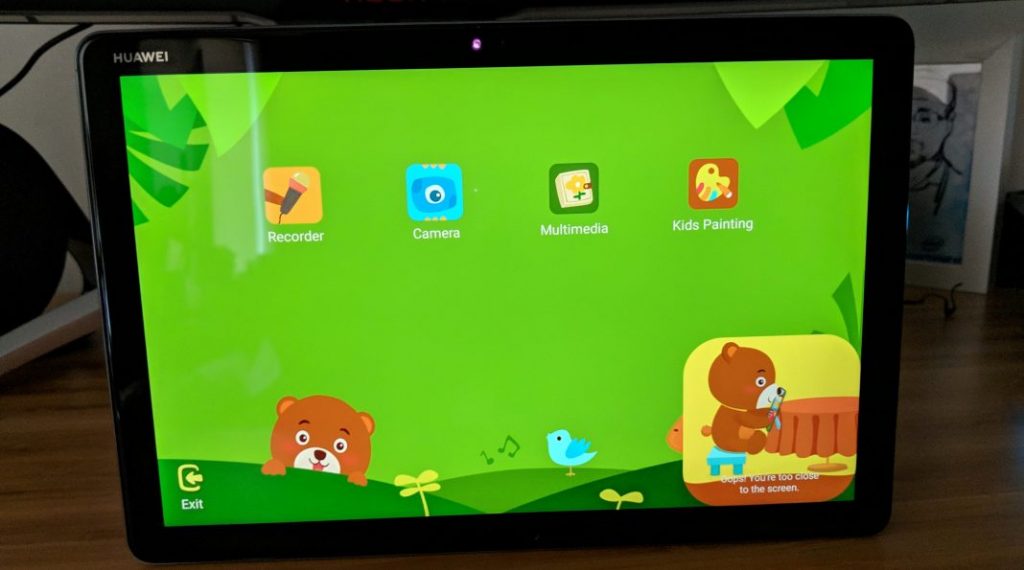 This is a tablet that Huawei built in mind for kids. It has various sensors in place that will tell your kids when they are too close to the screen or have it in a bad viewing angle. When this happens, you will get prompts stating and showing graphics and won’t continue till corrected. Once again there is an eye comfort mode to help with eye strain as kids tend to stare at these devices for long periods of time. Parental controls on the tablet can prevent kids from navigating outside the kids mode without the required pen code or fingerprint.

How does it Handle?

Besides Kids Mode, the M5 Lite is running Huawei’s EMUI 8.0 aka Android 8. Huawei’s custom skin isn’t too heavy and isn’t hard to navigate especially for kids. There is a Game Mode on here and fired it up to see how it handled. I played some Candy Soda Crush w/ Friends but unfortunately couldn’t get any Fortnite installed on here. Luckily in Game Mode there is options to select so when playing games or holding a certain way if your fingers rub across the fingerprint/menu button it won’t cause disruption. 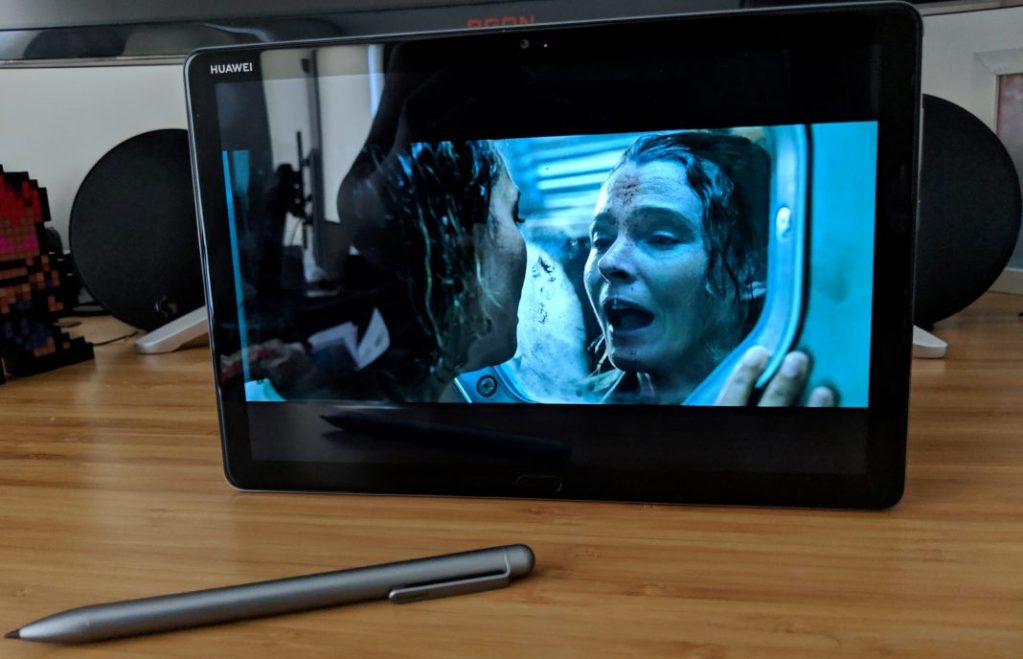 On the hardware side it has a Kirin 659 processor, 3GB RAM, 32GB storage and supports microSD cards up to 256GB. You may want to opt and get that memory card as even with my moderate usage I have only half storage left. There are 8MP cameras on the front and back while the battery is 7,500mAh. I found the battery life to be impressive especially in standby times seeing the M5 Lite lasting over a week. Of course, if kids are using it excessively, I can see them burning it out within a few days. It does also support QuickCharge and can be up to 100% with 3hrs via its Type C USB port. It has a responsive fingerprint sensor on the front too. Performance wise the M5 Lite could fair better at times lagging and freezing but other times of usage working without issue. You can’t expect to do a great deal of multitasking on it that’s for sure.

The best thing the MediaPad Lite M5 has going for it is its colorful 1080p display and its quad speakers. Both are great for media consuming while the kids mode features aren’t bad if you regulate your kids to that section of the tablet. For some slight day to day you can get by and kids using it for watching their fave YT or movies will be okay. Trying to do a good deal of multitasking it wouldn’t handle the best. Its at a fairly good price though available for $299.99 which once again includes the stylus.