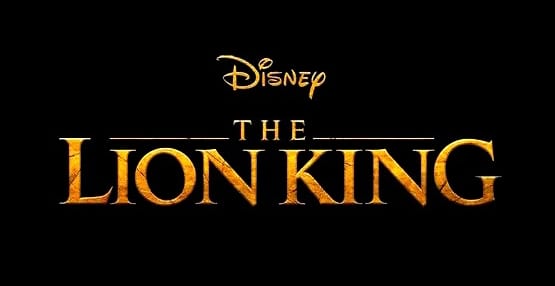 Back in 2014, Disney released Maleficent, the first of many live-action features based on their popular animated family films. With Jungle Book (which Favreau also Directed) making close to 1 billion and Beauty and the Beast scoring 1.26 billion dollars worldwide. There was hardly a surprise that Disney would want to try their hand at the Lion King, a CGI, and live-action re-imagining of the 1994 Disney animated classic.

The Lion King will an entirely CGI created film which makes Jon Favreu a perfect choice for Director.
His work on the first Iron Man, Jungle Book, makes him an ideal, experienced choice. The film is voiced with a star-studded cast that actually required me to reread the list just to be sure. Simba and Nala will be voiced by Donald Glover and Beyoncé Knowles-Carter respectively, Seth Rogen and Billy Eichner as Timon and Pumba, John Kani (King T’Chaka of Black Panther) as Rafiki, Chiwetel Ejiofor as Scar and James Earl Jones reprising his role as Mufasa. Other surprises include Beyoncé collaborating with Elton John on a new song for the film. 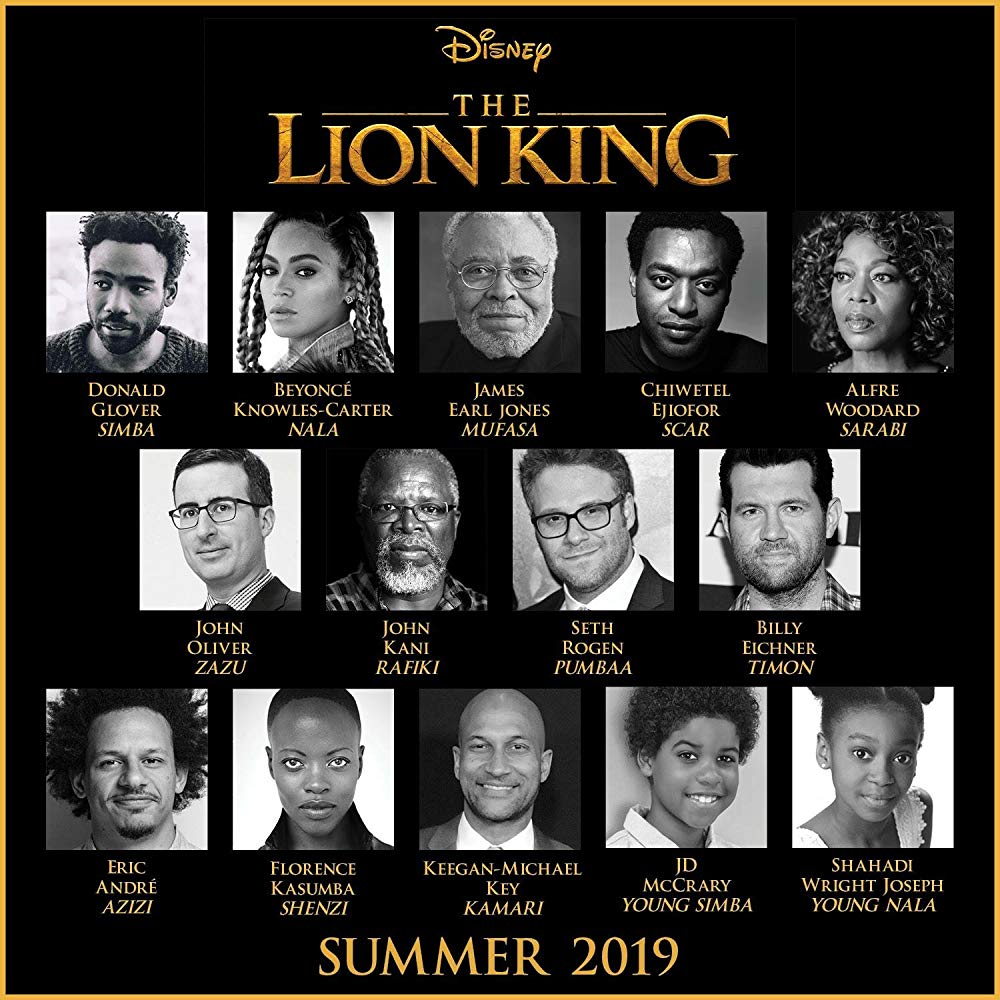 Not counting Marvel films, Disney will be releasing as many as three, live-action features based on animated films. Dumbo in March, Aladdin in May and The Lion King on July 19, 2019.

Check out the latest poster for The Lion King. 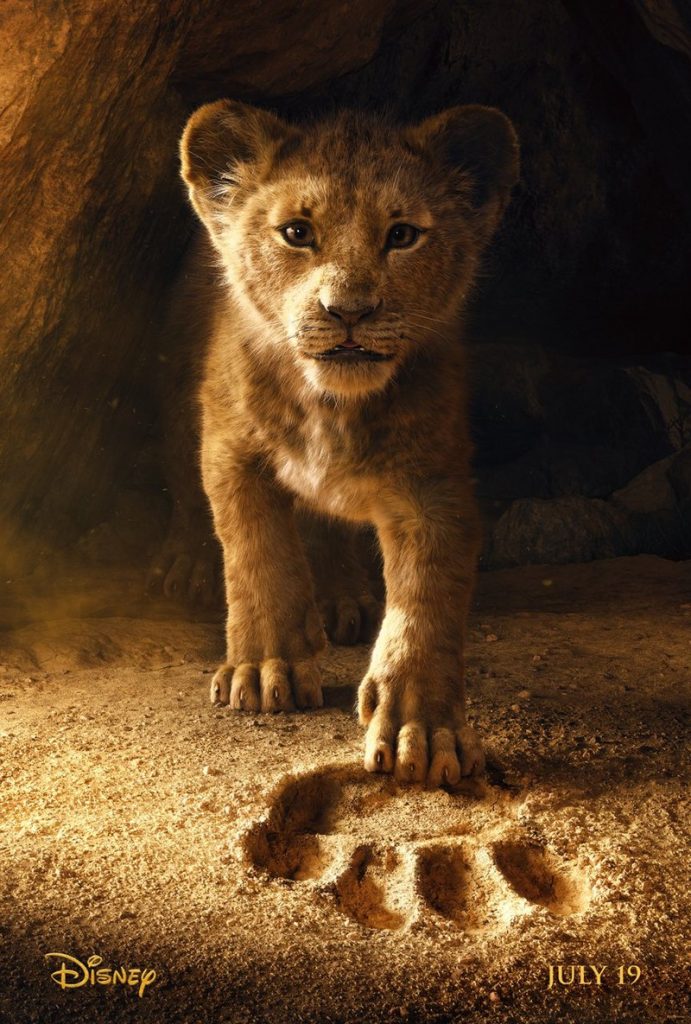