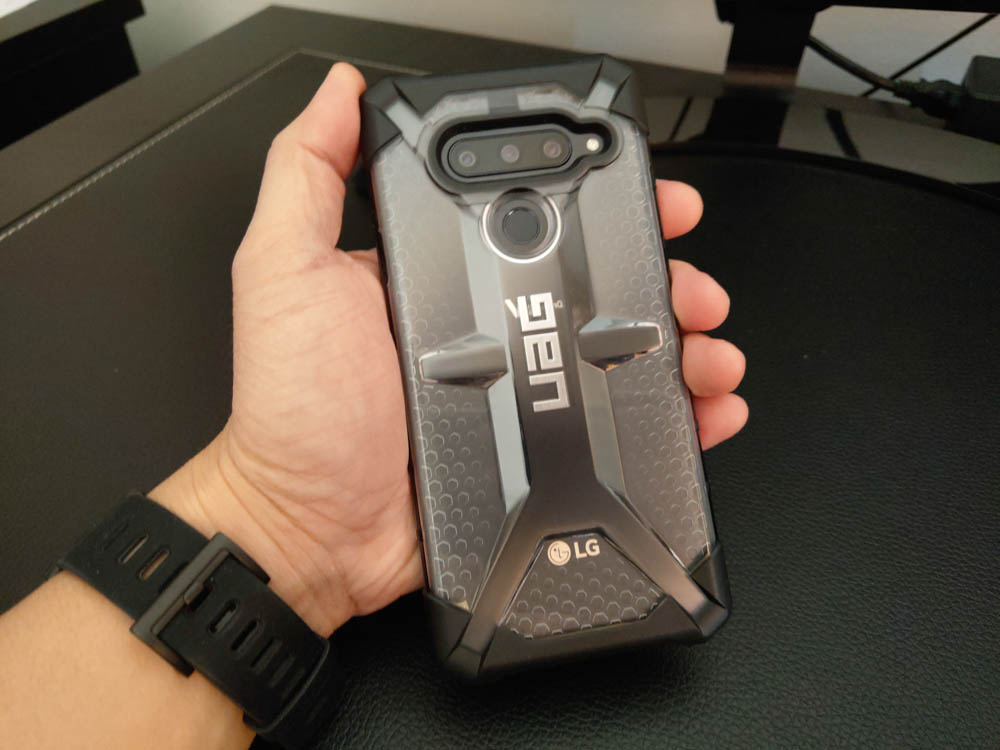 It’s been about 2 weeks now since I’ve owned the LG V40 ThinQ and while the phone has been pretty amazing lately, I’ve been super careful in the way I’ve been handling it. This is usually the case with more new phones though as the last thing I want to do is accidentally drop it and scuff up the body or crack any of the glass. That’s why if possible, I try to get a case as soon as I can and for the most part, I usually try to get one from my go-to brand of choice, Urban Armor Gear. Lucky for me, Urban Armor Gear makes their Plasma Series Case for the LG V40 ThinQ. 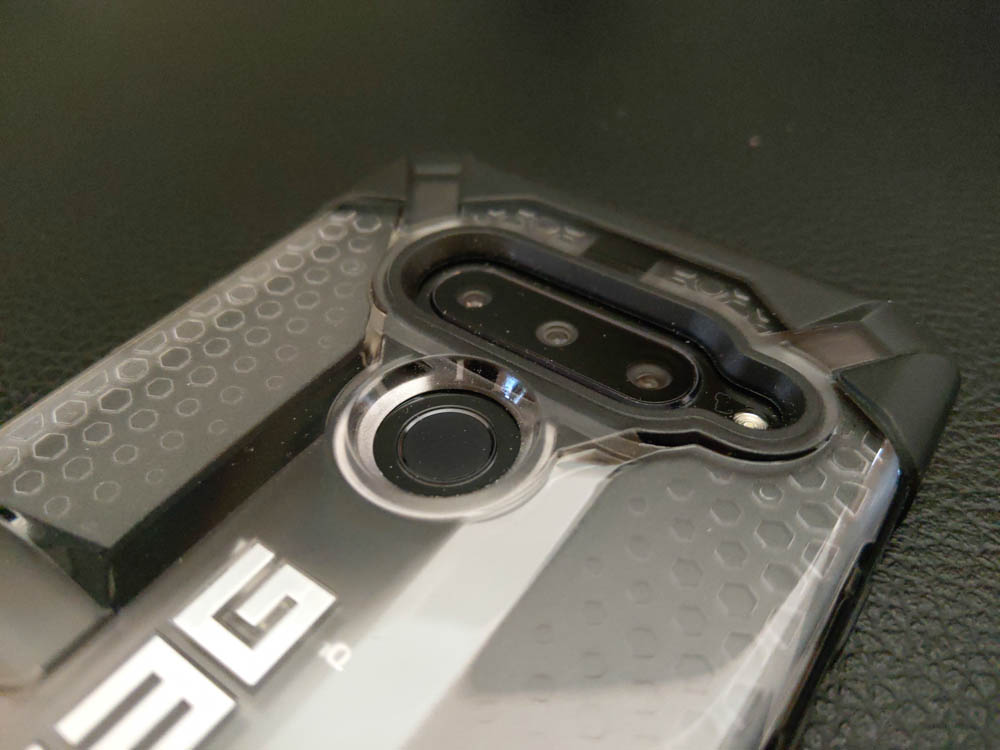 Let’s start this off by saying that the Urban Armor Gear cases aren’t what I would call the thinnest of cases, but they’re also far from being the thickest. They lie somewhere in-between and when it comes to protection, I don’t mind a little extra thickness if it means my device will be protected correctly.

Like all UAG cases, the Plasma Series Case for the LG V40 ThinQ has some serious rubber bumpers on the corners, top and bottom. There’s also a rubber frame that goes all along the top border of case that helps protect the edges of your screen. This is one of the things I love about UAG cases because it pretty much guarantees that if you drop your phone, nothing is going to happen to it. Speaking of the rubber trim around the screen, for the LG V40 ThinQ this time around, the rubber actually sits above the screen this time so if you drop the phone on it’s face, there’s a gap that keeps the screen from actually touching the ground. 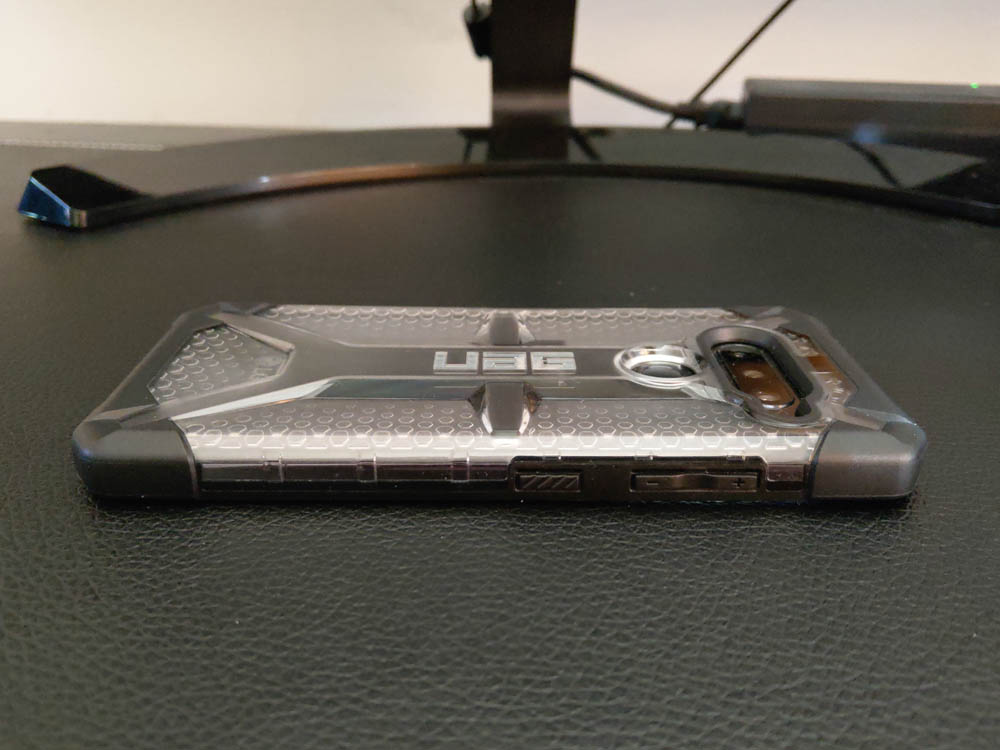 Next up, the main body of the UAG Plasma Series Case is a hard shell made of plastic. I like this hybrid design with the combination of plastic and rubber because it not only adds strength and rigidity, but it can also absorb impacts. I also appreciate the fact that this is a single piece design. 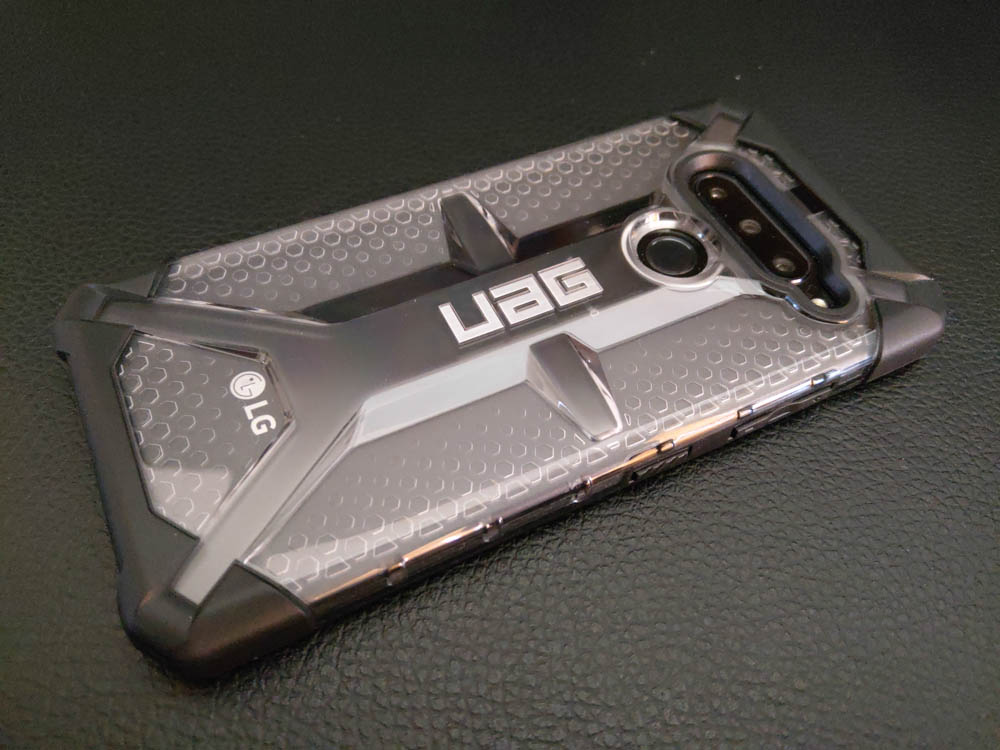 In terms of usage, there’s a reason I love these UAG cases. I feel so much more confident holding the LG V40 ThinQ with this on. I’m not afraid of dropping it anymore. This is partially also due to the fact that it adds a nice bit of heft and the grooved back gives your fingers something to grip on to. The hole on the back where the fingerprint reader is also makes it so much easier for to find it. I’m also a big fan of the rubber button covers as it also makes it much easier to find the buttons while also protecting them from abuse. Lastly, all the needed cutouts are there for the ports, mics, and speakers. The charging plug hole also seems large enough to accommodate most charging plugs.

On that note, the Urban Armor Gear Plasma Series Case is still one of my favorite cases for any device and now for the LG V40 ThinQ. I love the look, the amount of protection it gives, and the confidence it gives me in keeping my LG V40 ThinQ looking new no matter the circumstance that may arise. The UAG Plasma Series Case is available in two colors – Ice and Ash and will cost you about $39.95.