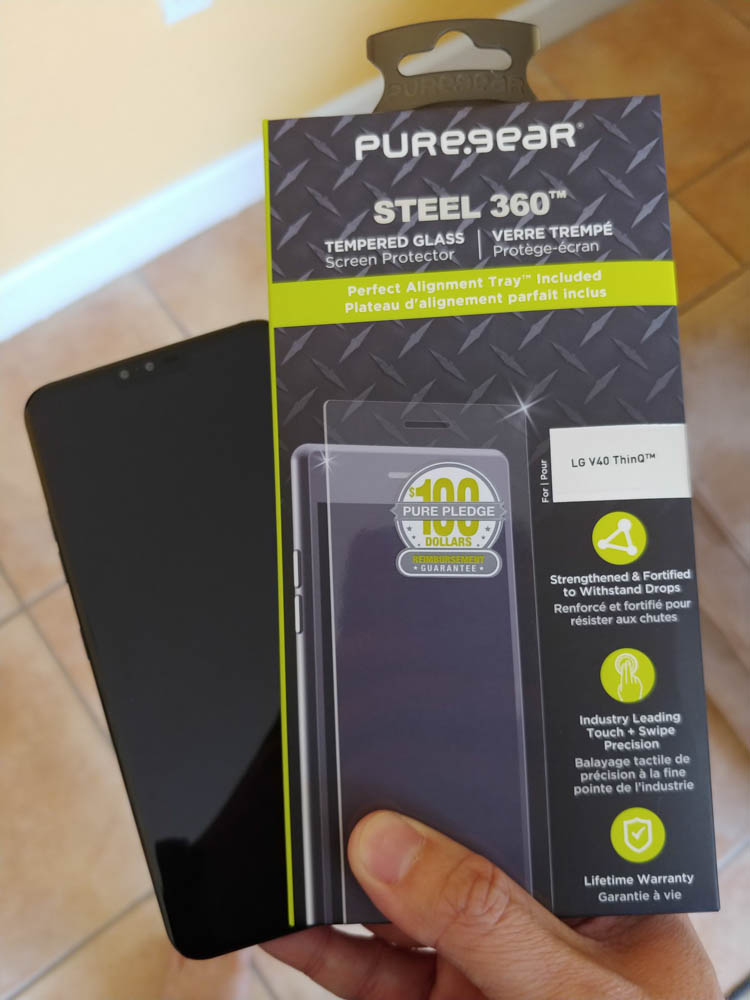 While smartphones these days are using higher grades of shatter resistant screens, I’ve read that there is a trade-off that is made when they do this. Glass that is more shatter resistant is prone to more scratches. So while your new fancy smartphone might be able to survive drops a lot better now, they won’t always survive your keys that could leave a nice little scratch across the glass. That’s why screen protectors are still useful in my opinion with glass one probably being the best for protection. Take the PureGear Steel 360 Tempered Glass Screen Protector for the LG V40 ThinQ for instance. This is a device with a really large glass face now and the last thing you want is an ugly scratch to ruin your day. Using a screen protector means you not only preserve the beauty of your device, but the resale value as well. 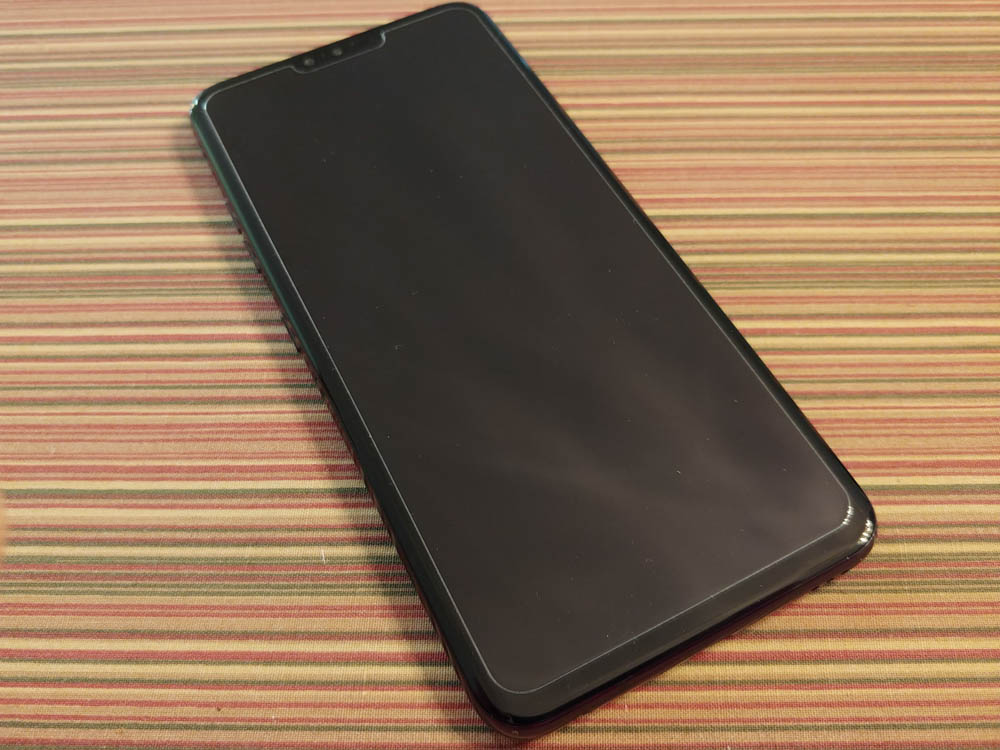 I’m going to start this review off by stating that in all honesty, most tempered glass screen protectors are pretty much the same. Sure the grades of glass may be different or the thickness and the way the edges are, for the most part, they all protect roughly the same way. At least that’s my opinion of them. I’ve used everything from really cheap glass protectors to some fairly pricey ones and you’d be hard pressed to really tell the difference. With that said, what you will notice are little things such as fit and finish and how polished the edges are or how good the adhesive is. For the PureGear Steel 360 Tempered Glass Screen Protector, I can say that it’s actually pretty good. The glass protector looks really clean and smooth with edges that are a bit curved so they aren’t as sharp at the edges. It also seems to be cut properly with the proper cutout for the new notch up top.

However, the glass doesn’t cover the entire screen because of the curved edges on the LG V40 ThinQ. It only covers the flat portion of the screen. The LG V40 ThinQ is fully usable with the screen protector on and I didn’t notice any decrease in usability or sensitivity. 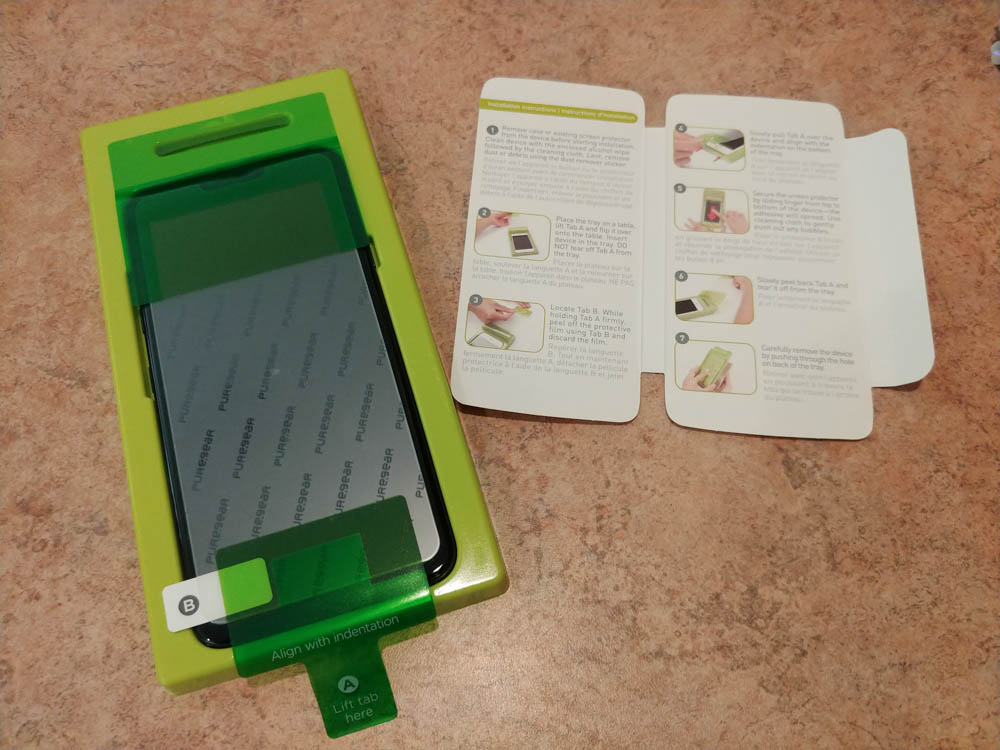 Aside from the usual, what sets the PureGear Steel 360 Tempered Glass Screen Protector apart from others is the way it is applied. It actually comes with a hole application kit that makes it one of the easiest and most accurate screen protectors to install. For starters, there is a plastic tray in the kit where you place your phone and it acts as a template for the screen protector. The screen protector itself is taped to the tray as well and is placed in a way where if you lift it and then place it back down, it is perfectly aligned to where your phone’s screen is. That means all you do is just remove the first backing, place down the protector, then push it down and it will automatically start installing itself and in the perfect position. The only thing you really need to do is just push out the bubbles with the included cleaning cloth. It literally took me less than a minute for the entire process.

Lastly, the PureGear Steel 360 Tempered Glass Screen Protector includes what is called the PureGear Pure Pledge Program which will reimburse you $100 if your screen ever needs to be repaired while using the screen protector. You just have to register it with PureGear within 30 days of purchase.

So with that said, if you have an LG V40 ThinQ and you want a screen protector that happens to be glass, is really easy to install, and has a protection plan, the PureGear Steel 360 Tempered Glass Screen Protector just might be what you’re looking for.