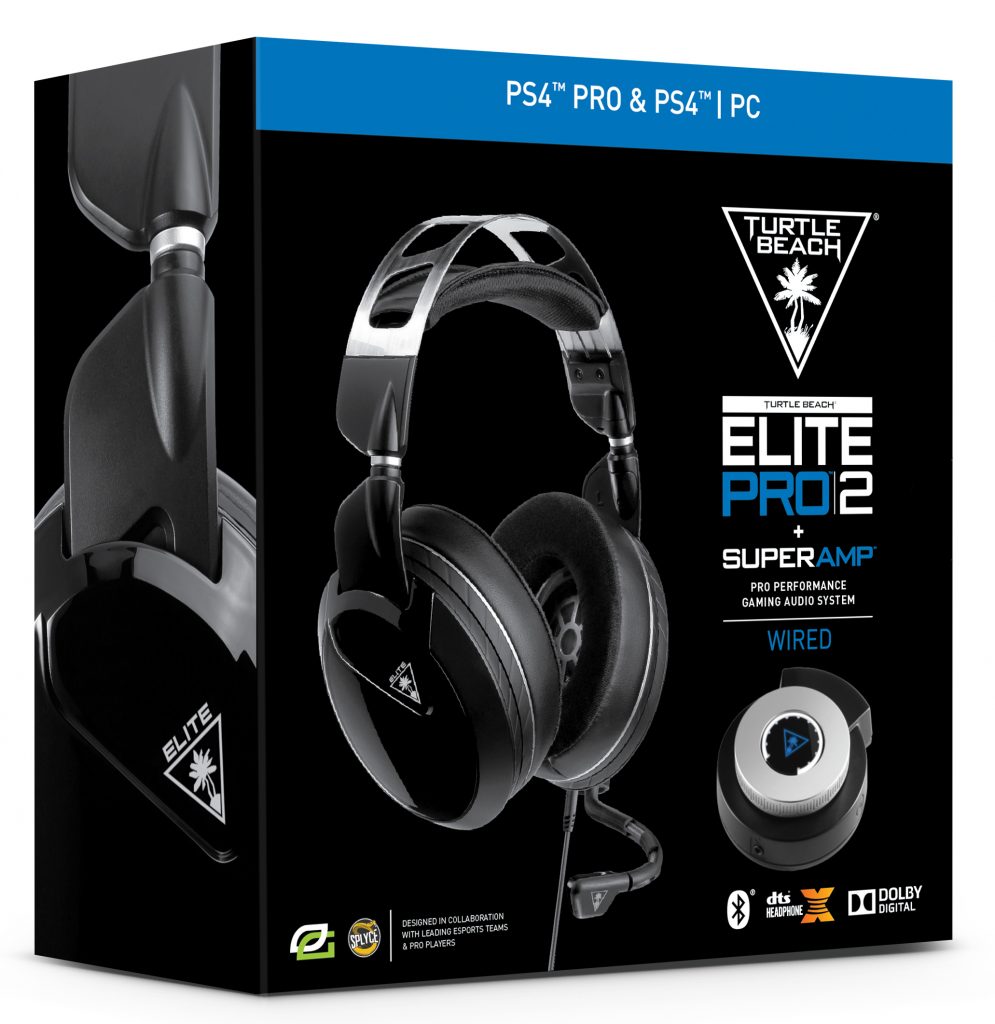 Gaming headphones are a tough thing to make a singular choice on. With so many companies and models all vying for your audio dollars you have to narrow down your choices to the games you play, how loud you want to play them, look and budget. In my gaming existence, Turtle Beach has always been a consideration and one of my favorite companies to buy gaming headphones from. Prior to now, when it came to Turtle Beach I never felt compelled to spend more than I needed to because what they offered for the money on the lower end of the price spectrum was more than good enough. Previously, I had done reviews for a couple of their gaming headphones, the Turtle Beach Stealth 300’s and Stealth 700’s (Check them out HERE and HERE) Those are some of the most reliable headphones that I’ve ever used and still use to this day. When Turtle Beach reached out to me and said they wanted to review something high end and unlike anything I had used from TB, of course, I engaged. I’ve been using the Elite Pro 2’s for the past two weeks and these are the best wired headphones on the market today. Period.

Turtle Beach’s Elite Pro 2 are the latest in their lineup of quality headphones but these are on the highest end of what they normally sell. At $249 these cans ain’t cheap but when you consider what you get for that money in terms of comfort, sound and experience. These are the best wired headphones on the market right now, in my opinion. 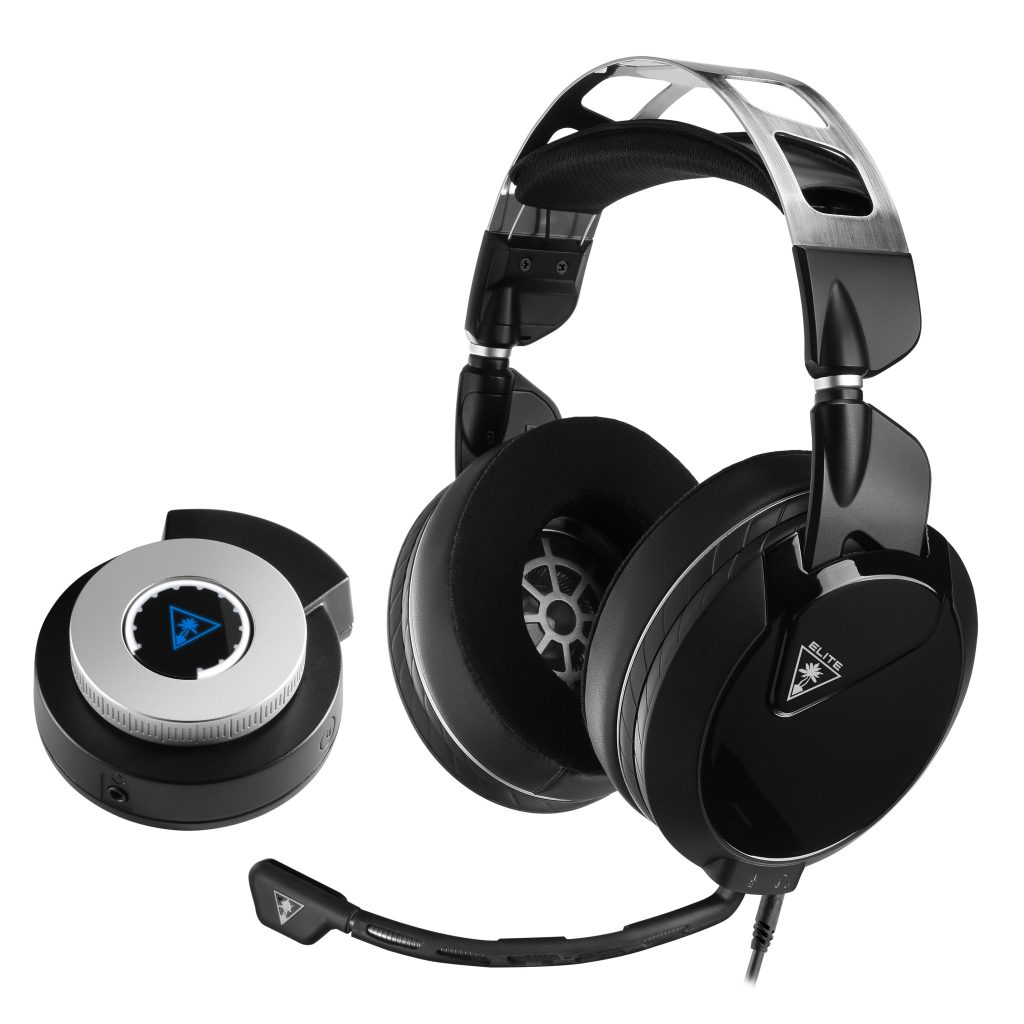 The Elite Pro 2’s best asset is the design. It shares similarities with it’s predecessor the Elite Pro but when you really look at them they are a bit different. The Elite Pro 2’s have a focus on fit and comfort more so than the Elite Pro’s. People are gaming more than ever and for much longer so comfort is paramount.

The design combined with the sound quality of the Elite Pro 2 gives you a total experience. It’s tuned to the gamer. The Elite Pro 2’s come with big 50mm nanoclear drivers so no matter what game you’re playing the sounds are very balanced even when at a high volume level and it’s handled without little to no distortion. Of course this depends on the games you intend to play as each game will have a different sound palette and due to it’s closed back nature the sound will grab you even more, to give you some example, driving in Forza Horizon 4 sounded like I may have been in a car. Playing Battlefield and CoD made me feel like I was in the gunfight. That’s the feeling that good headphones should give you when you hear them but how do they feel?

The Elite Pro 2’s threw me off a bit when I first put them on. You’ll notice right away that the sides aren’t slide adjustable. What these headphones do is stretch to accomodate your head size from the tension bands underneath the headband. It took a minute to get used to not being able to adjust the height of the earcups but when you put these headphones on, they sit perfectly on the ear and without constriction which will minimize headaches. The ear cushions of Elite Pro 2’s are soft. In fact, some the softest earcups that I’ve used and that matters if you’re going to be gaming for hours on end. Turtle Beach calls this “Aerofit” cushioning but despite the commercial name, all it means is you should have a comfortable fit when you’re playing. The leatherette material won’t make you feel like you’re on fire when you’re wearing them. The earcups are also magnetic and can be removed for cleaning (Don’t wash them) and replaced although as of right now I don’t think there is a felt option if you’d rather that material.

For the visually challenged (That’s me) that wear glasses. The Elite Pro 2’s have the Prospec glasses tech that allows you keep your glasses on comfortably while gaming so you once again feel any additional pressure to your temple when you’re playing games. That little bit of spacing goes a long way.

The mic on the the Elite Pro 2 sounds really good as well. It sits perfectly level and it doesn’t protrude out too far to whereas the mic is practically in your mouth. When talking to my friends on the other end they all said I sounded like myself and I was super clear. Turtle Beach calls this Dynamic Chat Boost and once again, commercial names aside, It’s a really well placed and well made sturdy mic.

The new design of the Elite Pro 2 and function mesh well together to give you a good looking set of headphones that sound good from a listening standpoint and a chat standpoint so put a check in your checkbox for design and function. 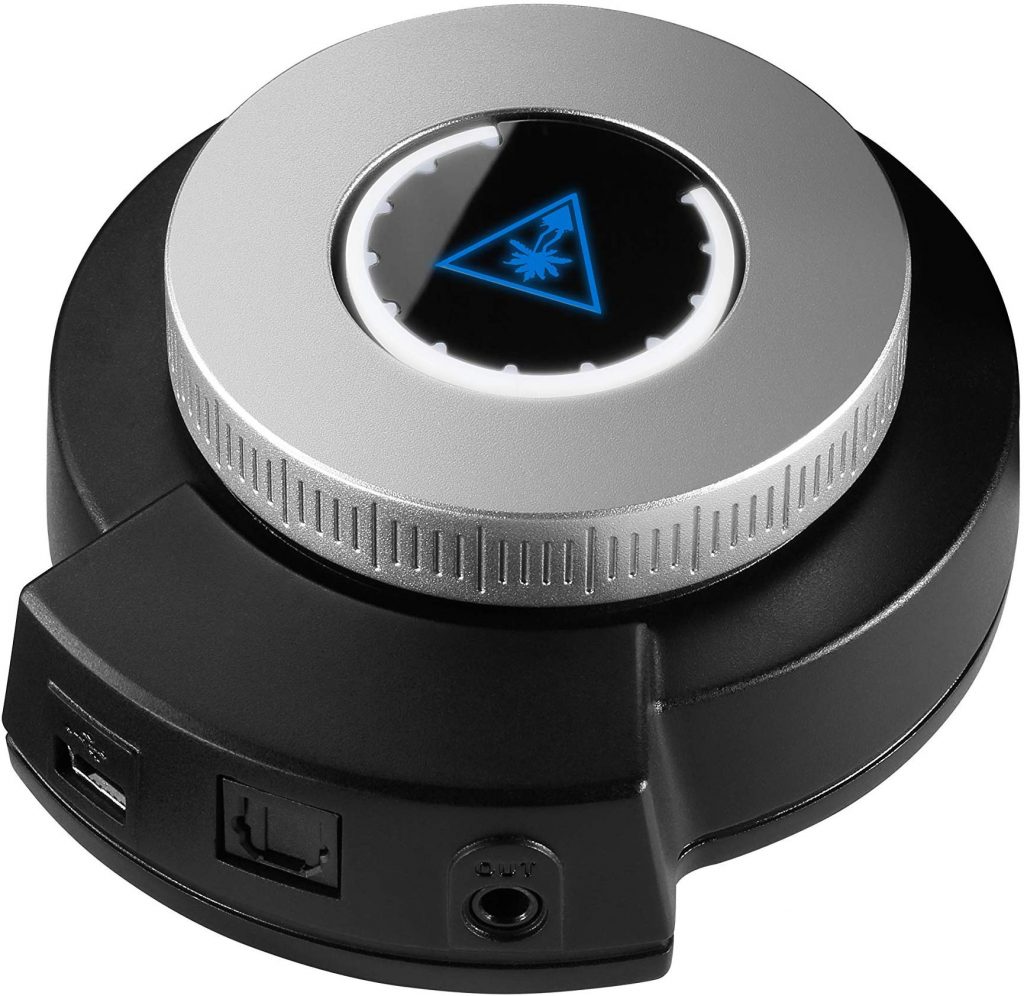 The SuperAmp to the Elite Pro 2’s is where all of the audio power comes from. There are three connections on the backside of the SuperAmp. There’s a Mini-USB 2.0 port, optical audio out and 3.5 mm audio aux jack

The SuperAmp is featured packed. Its got a ton of options that work with all of the games you play. Features such as Superhuman hearing for those FPS games are key. As a Destiny player it’s vital when I’m in PvP. Superhuman hearing is surprisingly helpful in allowing me to hear enemies just a few milliseconds before they get to me so I can either attack first or prepare to defend. XBox One S and One X owners get the benefit of being able to play games with Dolby Atmos support. So imagine Gears or Forza Horizon in Dolby Atmos, even a movie on the Xbox One X. Crazy. Sound is specifically optimized for use with the Elite Pro 2’s for Xbox One. In conjunction with the Audio Hub I can turn the dial on the SuperAmp and have pinpoint control over my volume.

You can connect the Elite Pro 2’s to the SuperAmp by bluetooth if you want to but it only makes sense if you’re making changes to the audio, audio presets or chat audio. The SuperAmp does a great job in allowing you to manage sound. The only negative for the SuperAmp that I had personally was that it had no optical audio out. It’s not a necessary thing at all but when I play team games to whereas I’m in a party chat, I like to isolate the party chat to the headphones and use my audio system for the game audio, I can do it with the Aux port but it just doesn’t sound as good, I would have rather them swap that port for another optical port. Minor personal nitpick and nothing to to make you change your mind about the Superamp. Overall the SuperAmp does it’s job, it works, your headphone sound will be nice a loud. No problem

For my spec junkies. The Elite Pro 2’s got em. You can take a look and salivate over all this tech. 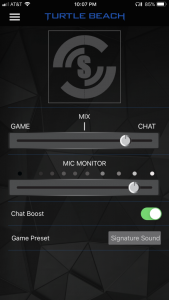 Turtle Beach’s Audio Hub is what you use to set the soundstage for the Elite Pro 2’s when you’re gaming. If you’re using the PS4 version like me then you have to sync the Pro 2’s to the app via bluetooth. At first, I thought this was odd and a bit inconvenient but after getting used to it, It’s actually a pretty good idea. Since these headphones don’t have touch controls anywhere on them like the Astro A50’s, how else would you have been able to change the audio settings? You could do it via PC or Mac but believe it or not, that’s more inconvenient. Since we always have our phones within arms reach or in our pockets, all you have to do is pull your phone out open the app and make your changes to the audio. Simple.

It would take a lot to make me put down my Astro A40’s which if you’ve never used them, just know they are incredible. We’re not talking about Astro not are we disrespecting them but I have to make the comparison to one of the best so you understand just how good the Elite Pro 2’s are. I put my A40’s away. The Elite Pro 2’s are that good and I use them everyday for every game. The audio is crisp and loud with those big 50mm drivers and I’ve never had any issues with distortion so for those FPS and driving games the experience will be immersive. The mic on the Elite Pro 2’s makes sure that I sound like what I actually sound like when I’m talking to my friends and not James Earl Jones.

The build on these headphones are top notch. Comfortable, sturdy and all black, with removable earcups for easily cleaning and replacement. The SuperAmp gives you great volume control and combined with the TB Audio Hub you can really take customize your chat and game audio with ease. It’s the makings for the perfect set of gaming cans. At $249 they are competitively priced with any set of gaming cans in this range with similar features. You’d be hard pressed to find a set of wired gaming cans that are better than these. I know wireless headphones offer a huge convenience but I’m realizing that the more I use wireless headphones, the more I’m realizing that they just don’t sound as good as wired headphones. They just don’t. Thankfully, Turtle Beach included a 10ft wire that will give you more than enough slack to use your headphones comfortably unless your TV or monitor are farther away, then you’re screwed. I know I’m making a bold claim with my title and my opinion but If you use these headphones you wouldn’t say I’m crazy even if you don’t necessarily agree. I use a lot of headphones and for the most part the technology today allows most of them to be good. These headphones stand out because they check off all my personal preference boxes for a set of gaming headphones that’s why to me, the TB Elite Pro 2’s are the best wired headphones. If you think I’m full of it, head over to Turtle Beach (HERE) or your favorite retailer and pick up a pair and get back to me. These headphones are available for XBox One as well in a sexy crispy white.