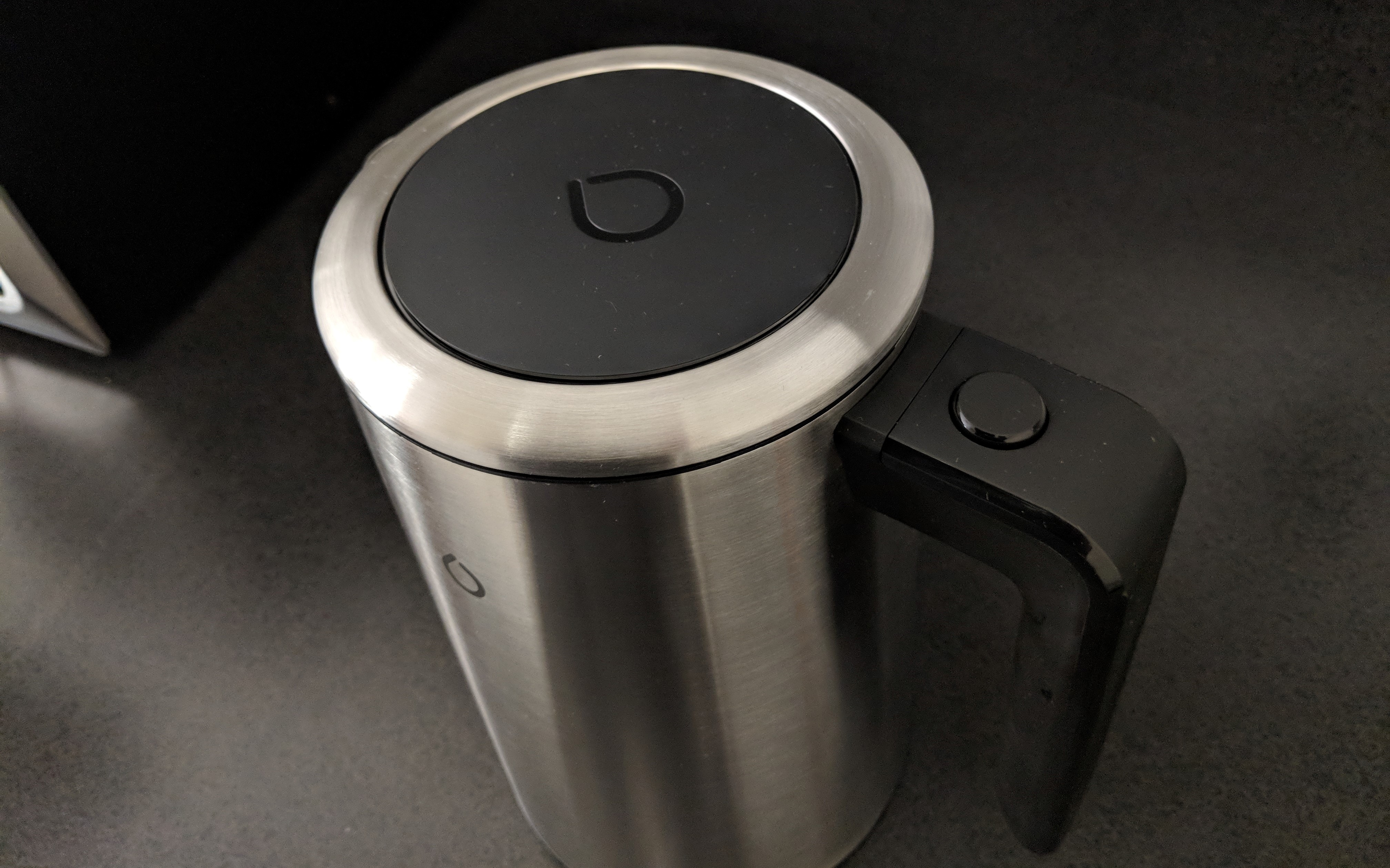 One of the places I spend most of my time in my house is believe or not in the kitchen. Probably because I like to eat and always cooking but that’s a story for another day. Besides that one of my favorite things to indulge in is tea. Of course to do so you need to just boil water, have a tea bag ready and whatever add-ons if necessary. Nowadays everything is going the way of automation and Smarter has the device to make boiling water easier with the iKettle. No more trying to boil the right amount of water at the right temperature and running back to the kitchen after the kettle whistles. But is it worth replacing the old true and tried method with something a bit more tech savvy? 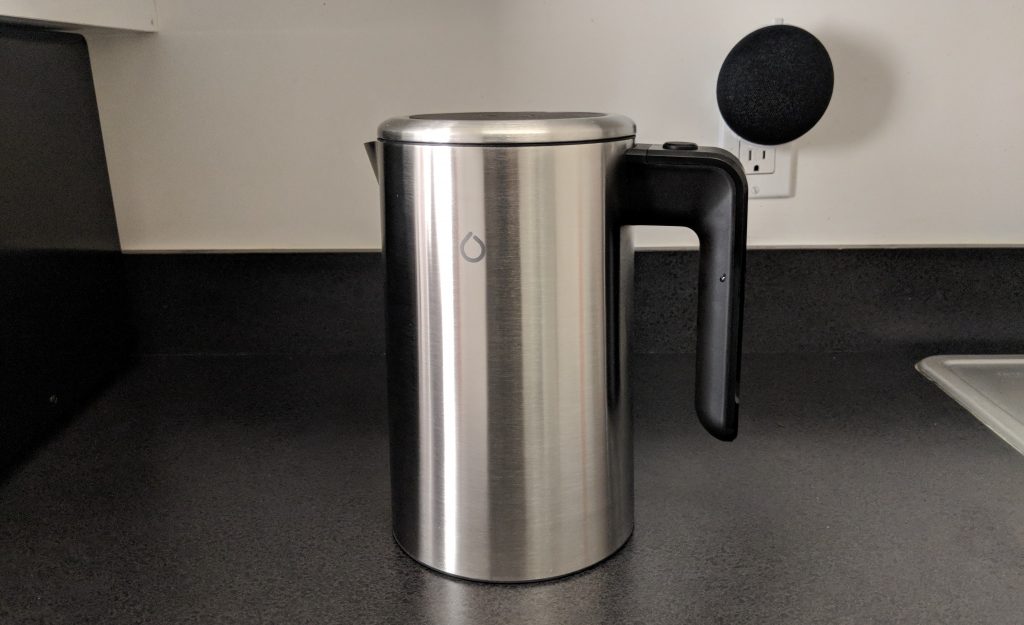 If you are a fan of stainless steel then the simple clean design of the iKettle will be up your alley. It’s mostly steel with a plastic top that flips open for you to put water in by pressing the button on the thick plastic handle. Inside you will also see a gauge of how much water to fill it up with. iKettle is 6ins tall and holds up to 1.8L of water if needed. It also comes with a base which is how you heat up the water and where all the commands are triggered. 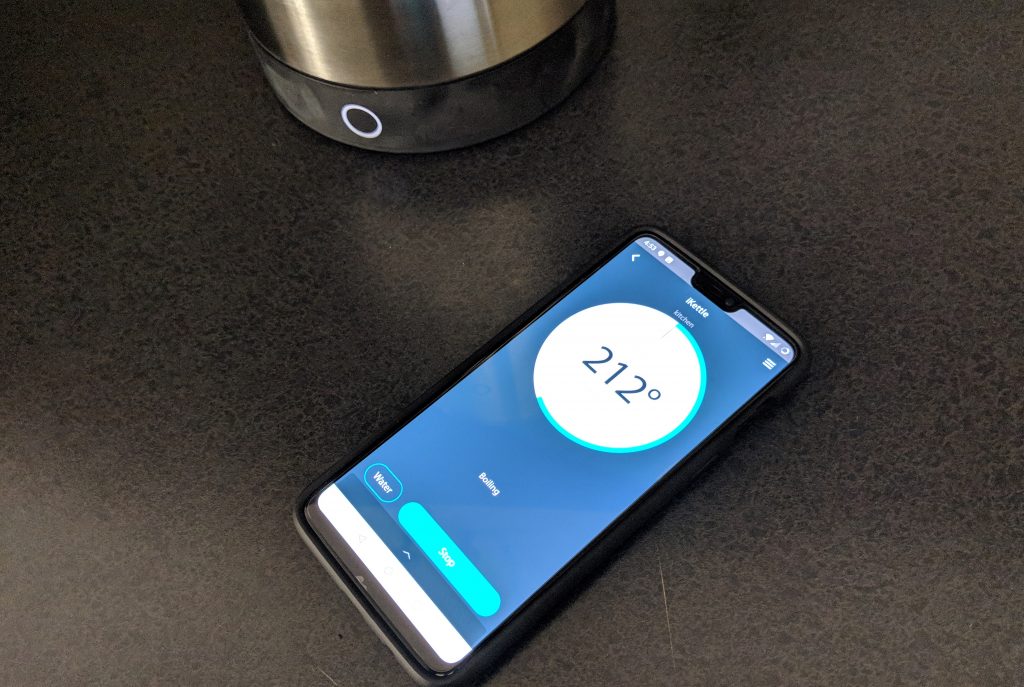 To get the iKettle up and running I used an Android device which was the OnePlus 6. Based on the directions its supposed to be as simple as downloading the app, following the instructions to sync up to your WiFi and getting the iKettle connected to your network. There is a point where they want you to do something on the app that involves this crazy flashing light and has to be placed on the bottom of the base. It took quite a crazy amount of tries to achieve getting this working. Hopefully it would fare better for others but it was a headache.

So with the iKettle and the accompanying app you can practically boil water from anywhere even if you aren’t home. The app will show you how much water is in the pot and you can start boiling at a simple press of the button. It will tell you the current temperature and how long before it reaches it boiling point or your desired range. Its full of options such as a wake up mode which is an alarm/schedule that will start it anytime of day. So if you need to be up at 7am, your water will be ready. Home mode recognizes your GPS location on your phone and will pop on the iKettle.

It’s really smart home integrated as I have it synced up to my Google Home and also Amazon Echo Dot and all i have to do is fire off a command like “start my iKettle” if you don’t want to reach for your smartphone. IFTTT works nice with it as well as you do stuff like get a text or have your Hue lights flash.

Realistically iKettle is an expensive way to boil water as you can easily suffice with a kettle for a fifth of the price. For $139.99 you are basically paying for convenience and if you are already living in a smart home world then it will fit in nicely with your plethora of tech kitchen gadgets. iKettle does complete the tasks easily it was created and with that price tag you would only expect it to do so. You can grab iKettle from various retailers such as Best Buy, Amazon or their own website.