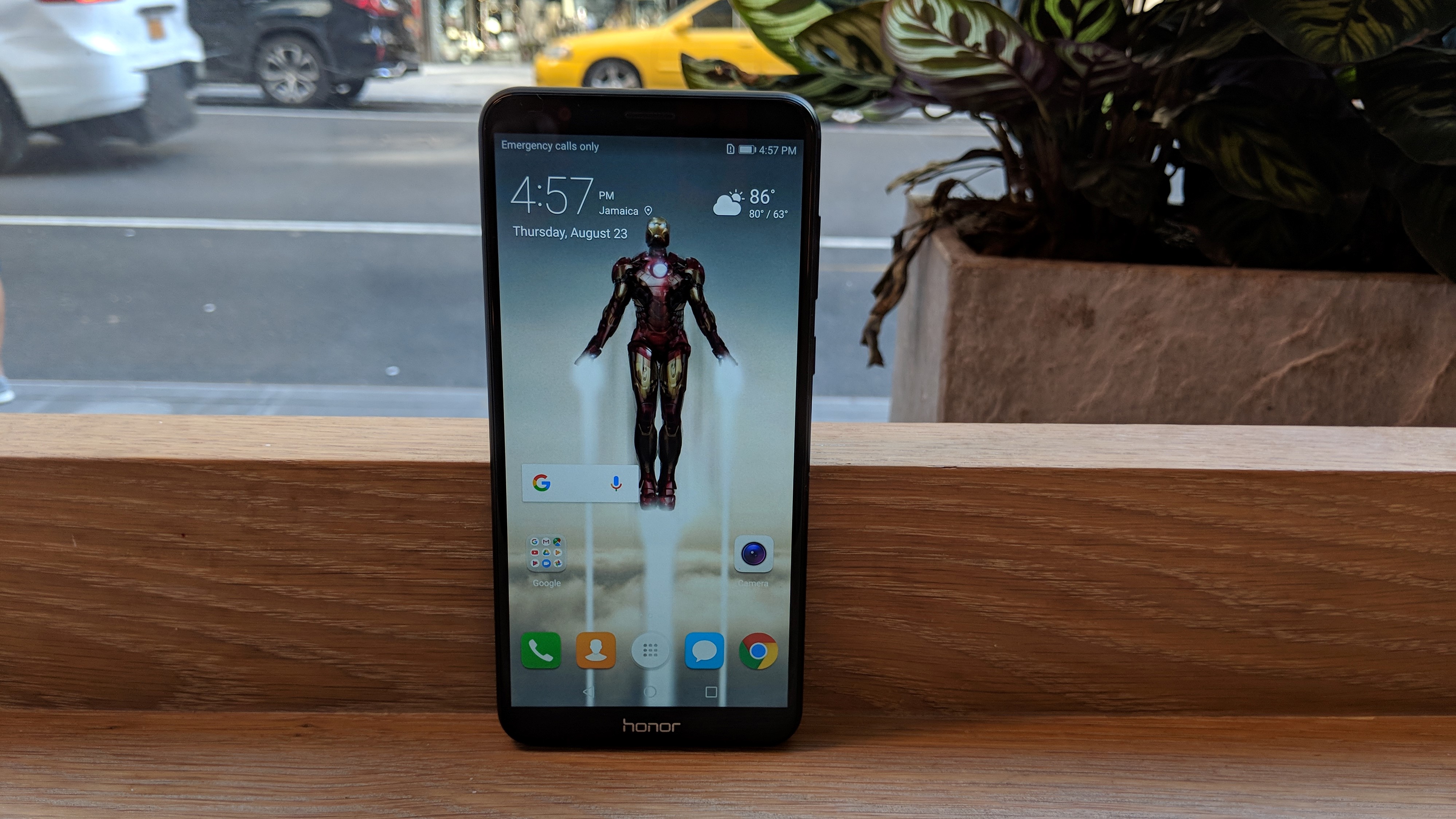 With summer coming to a close a lot of folks are heading back to school and of course need a new or more updated smartphone in their life. Of course with one heading to school they most likely have a budget set in place and don’t want to break the bank. This is where Honor can come into play with its Honor 7X smartphone. While its been out for a bit there are some reasons why this $199.99 headset will be able to fit some of your basic needs for the new curriculum.

Their predecessor the Honor 6X wasn’t a bad phone to hold in the hand and Honor brings this similar feel to the 7X. Like its older beefier cousin the Honor View 10, the 7X has an aluminum body that covers most of the phone’s black colored exterior. Nice responsive volume and power buttons lay on the right side while the left is only for access to a nanoSIM tray with microSD capabilities as well. Unfortunately like last year’s model the 7X only has micro USB and NFC for mobile payments is allowed either. We still do get a headphone jack which is splendid for those that still want to be wired with their music. Next to that is a mono speaker that provides adequate sound for your leisure. 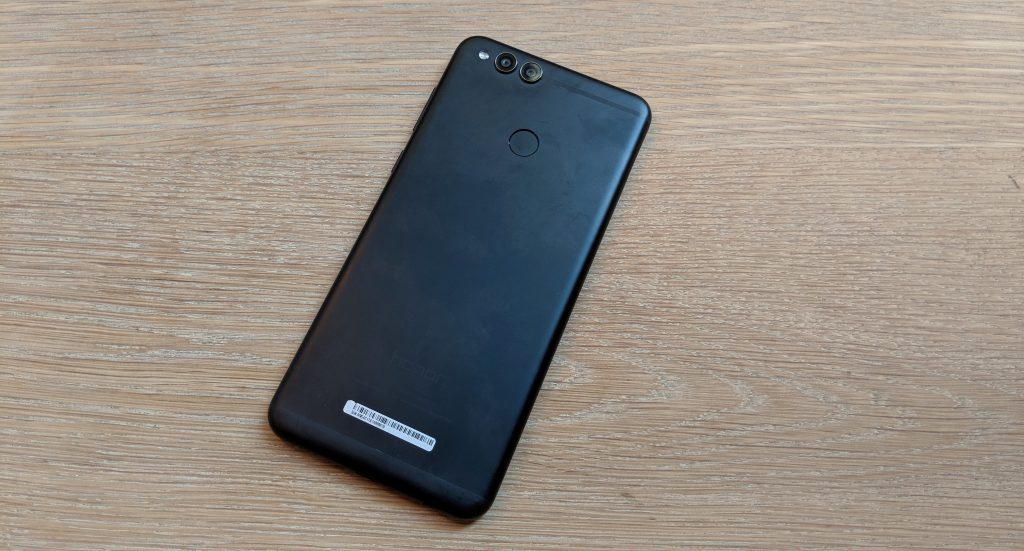 In this area specs aren’t bad with Huawei giving you a Kirin 659 Octa-Core processor, 3GB RAM, 32GB storage and a 3,340mAh battery. You aren’t able to utilize any quick charging but the Honor 7X does charge up in a decent amount of time and can help you achieve your goals in a busy work schedule. Just don’t try to hop on those faster WiFi networks as the 7X doesn’t support 5Ghz bands. If you need to unlock your phone the fingerprint scanner on the back will bring you back in a snap.

The Honor 7X is GSM unlocked so you can use it with carriers such as AT&T and T-Mobile.

Huawei did a sweet job with the display giving you a near bezel less 6”(5.93) display from all angles. Left to right is almost edge to edge while they trimmed space on the top and bottom which looks great. While it has a 1080p resolution like say the OnePlus 6 it uses a IPS LCD display and doesn’t get as bright. Of course if you aren’t putting the Honor 7X side by side it will do the job sufficiently for browsing and working content whether Netflix or YouTube. With its 18:9 ratio laying back and watching stuff in landscape mode isn’t bad I done so a few times. 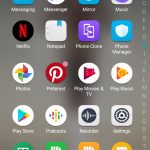 Out the box you get EMUI 5.1 which works with Android 7.0(Nougat) but you will be able to update it to EMUI 8.0 which uses Android 8.0(Oreo). EMUI runs okay giving you big blocky app icons similar to iOS but at least there is an app tray if you want to declutter your home screens. It brings nothing special to the table in my eyes but should be great for gaming some not as hardcore games or social apps.

Dual Lens are back with the 7X having 16MP and 2MP lens on the back. Like the Honor 6X you can get some decent shots out of the 7X in broad daylight if you take your time. Attempting to just pull out your phone and shoot on the fly may provide mixed results. This seems to be more so if I’m on the move or the object in front of me slightly moves a bit. Night time shots depending how dark or far you are will lose some detail and I think the 7X fares better in outdoor daylight. If you are interested in video recording you can get up to FHD 1080p quality on the 7X. 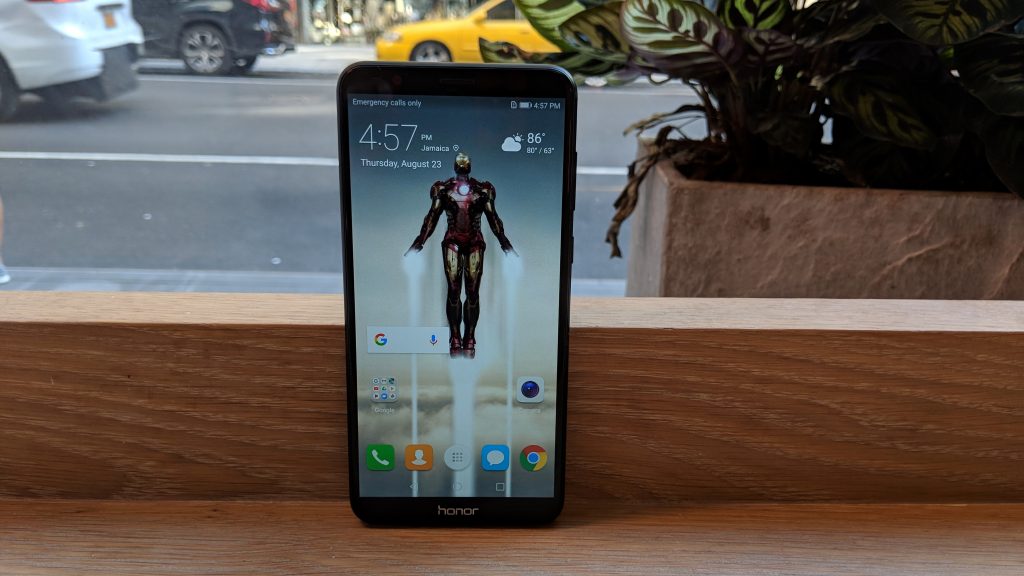 Huawei continues to improve on the Honor line with the 7X and i feel at its price point you get a well crafted smartphone with decent features to help you on your daily tasks. Surprisingly enough the 7X rings in at $199.99 which is cheaper then the Honor 6X that came before it at $250. If you are interested in picking up a 7X, they will be discounted to $179.99 through various retailers such as HiHonor, Amazon, Newegg and B&H for the Labor Day Weekend from 8/31-9/5.