If you’ve read any of my past reviews on dash cams, then you know that having a dash cam in my car is very important to me. Not only do I run one in mine but I also have one hooked up to my wife’s car. My wife’s car however was only running a single camera set up while I’ve been running a double camera setup since installing the Papago GoSafe S780. I figured it was time for her to get the double camera treatment too and thanks to Papago, she been running the GoSafe S810 for about a week now.

The Papago GoSafe S810 is an upgrade to the GoSafe S780. For the most part though, both function pretty much the same but the specs are slightly different between the two which I’ll explain below. 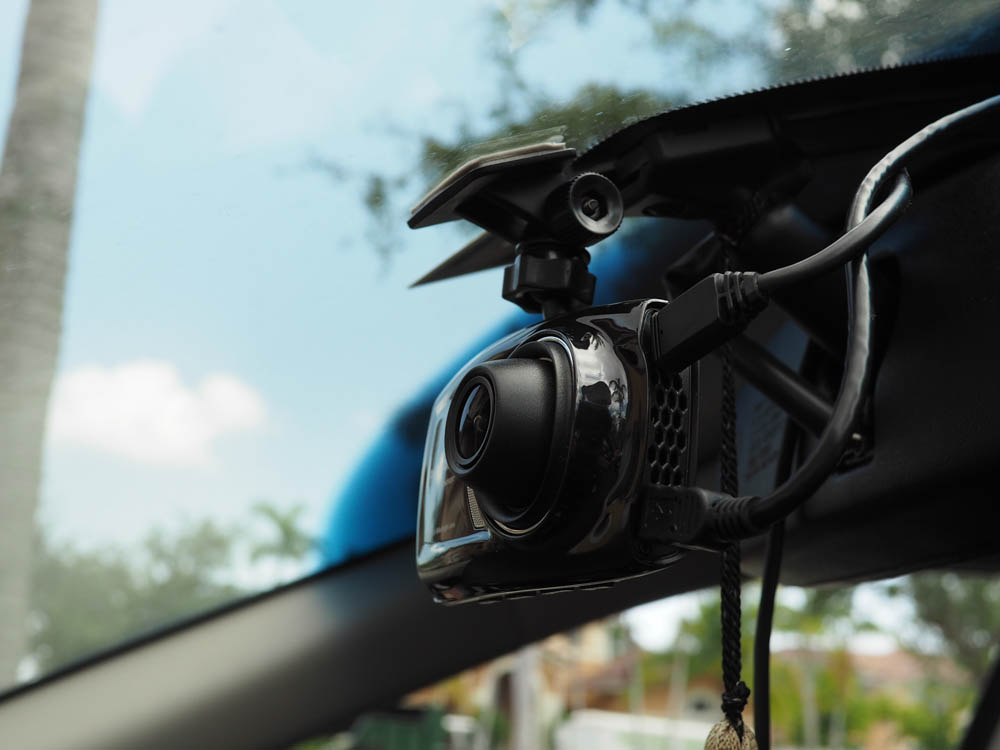 Like the setup in my car, I went with an inside the cabin setup for my wife’s car. That means that while the front camera still faces front, the rear camera is mounted on the inside of the car and faces the passengers. Of course you can also install it so it’s facing the rear window. I didn’t do it this way for the sake of the review because it requires you take off pieces of your vehicle in order to tuck the wires through and there’s a possibility she’s swapping cars soon so I didn’t want to make this super permanent. Either way, the entire kit includes everything you need to install it either way.

Installation is a breeze. The main unit has two different mounts you can use. There is a traditional suction cup style mount and then a more permanent 3M adhesive mount. I mainly use the suction cup one though because I’ve used so many dash cams over the years that it’s just easier using the suction cup so I can swap out units. Power comes from a cable that connects to your car charger. It’s super long and allows you to route it around the windscreen. 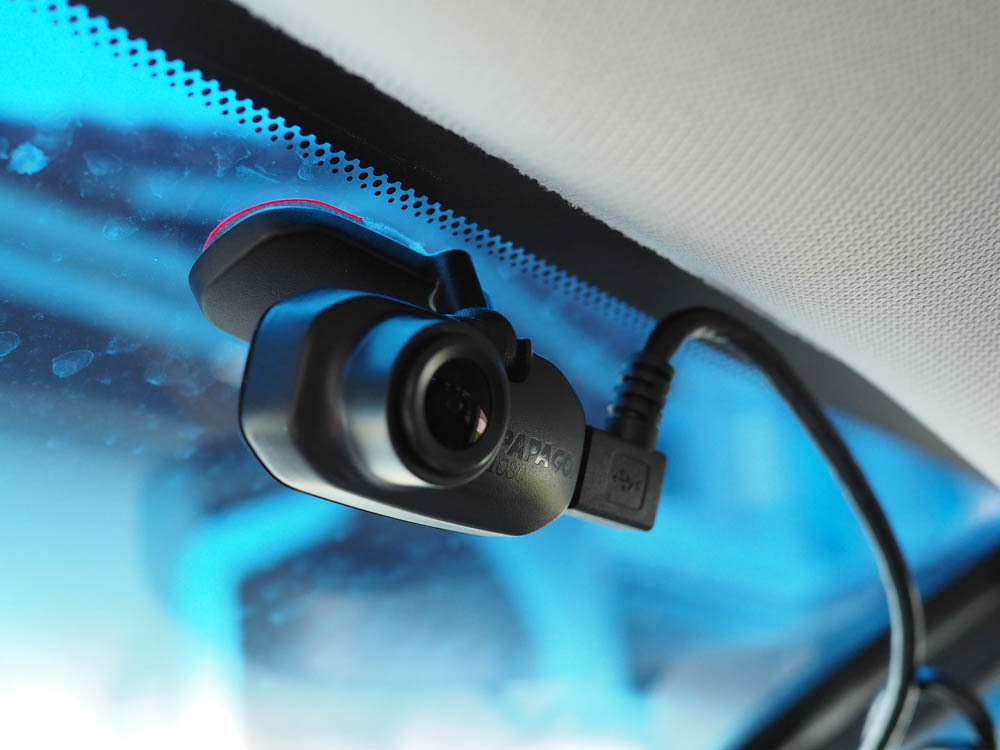 The second camera is a bit different from the one on the GoSafe S780. The camera now has a USB port on it instead of a hardwired cable which means installation a bit simpler. The kit includes either a really long USB cable for mounting on the rear window or a short USB cable for inside cabin mounting. Professional installation is still recommended for the rear window installation unless you are a DIY kinda person. This camera also doesn’t seem to carry a waterproof rating like the previous one.

Spec wise, the front camera features 140 ° ultra-wide-angle lens F1.8 while the rear is 120° F2.4. Both make use of the SONY Exmor sensor that can also work in low light environments and can automatically adjust the sensitivity of light. Both cameras record at 1920x1080p at 30fps. 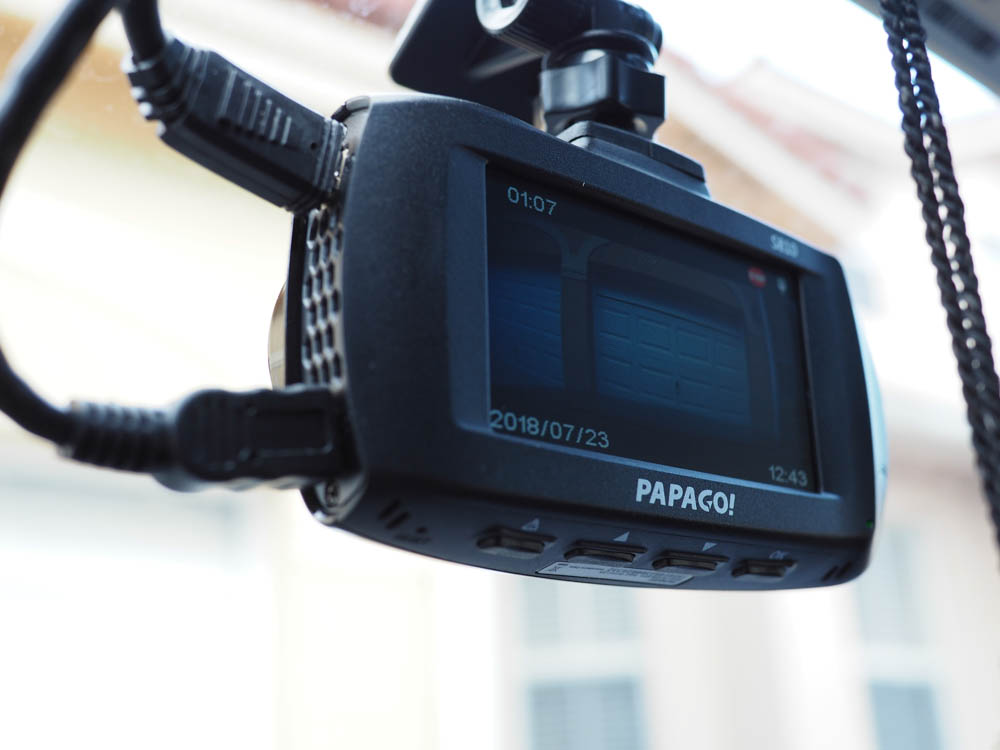 Like with the GoSafe S780, the GoSafe S810 does not have built in GPS, but you can add it with an optional GPS antenna. With the GPS antenna, you’re able to record speed and log GPS coordinates on your videos, as well as automatically correct the time, and for other related functions. Software wise, the GoSafe 810 is just as feature rich as previous models. This includes the now standard driver assist features that help you drive smarter in case you aren’t paying attentions. These include stop sign recognition, stop and go warnings, headlight on reminders, and driver fatigue alarms.

Overall, I think Papago has another solid dash cam here with the GoSafe S810. Installation is a breeze and the main unit is still pretty small and doesn’t take up that much space and I like that’s there’s two different types of mounts included. The rear camera is also a really nice addition especially since you can choose how you want to mount it. Installation isn’t terribly difficult, it’ll just take time and effort depending on which direction you go with. So in conclusion, the PapaGo GoSafe S810 is an excellent choice for those who want a dash cam that can record both front and rear view for that extra bit of protection and peace of mind.

If you have any questions about maybe something I didn’t cover, throw a comment below and I’ll be sure to answer back.