Modern digital cameras typically come in one of two basic designs: an SLR-style body with a viewfinder hump at the center top; or a rangefinder style design with a viewfinder at the far left of the rear panel. At the very beginning of digital photography that wasn’t necessarily the case. Companies like Nikon, Canon, Kodak, Sony, and Epson were not only pushing the limits of digital imaging technology but what we consider to be what a camera should look like (anyone remembers this or this). While most companies continue to push the technology forward, many are content to keep their designs pretty vanilla. With their mirrorless flagship, the sd Quattro H, Sigma appears to be an exception. The sd Quattro H not only stands apart from its competitors because of its unique design, but the technology inside of it makes it an absolute stand out, but is this camera and system worth the investment? 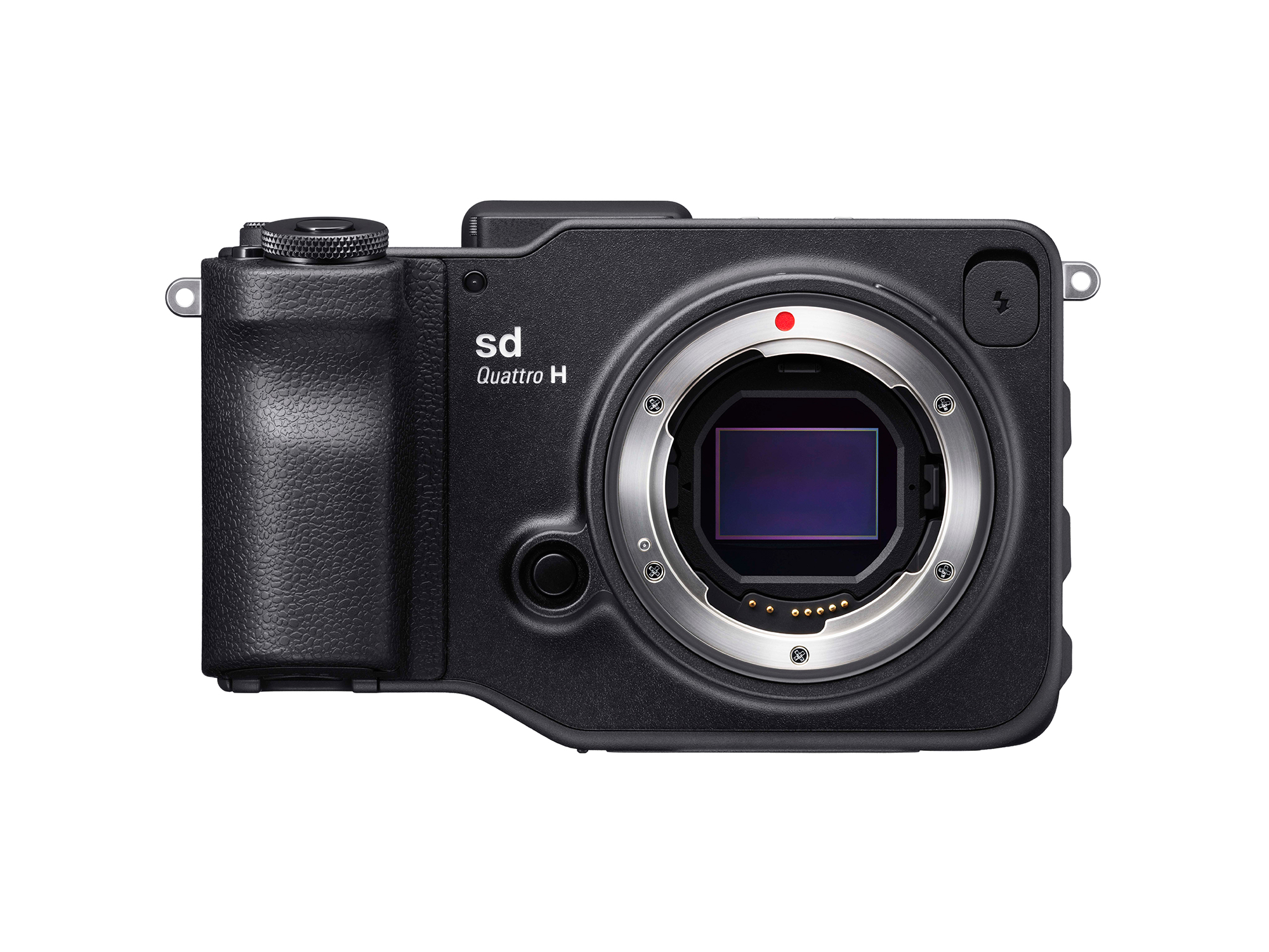 When first unboxing the sd Quattro H, it appeared a bit unruly. The camera’s design is full of sharp angles – the top of the camera seems to be melded from two separate blocks of magnesium alloy where the grip and top plate meet. The electronic viewfinder is placed slightly right-of-center; it’s not in the typical spot you’d find a pentaprism, nor is it a rangefinder-style camera. It’s different.  The sd Quattro H design language sits somewhere between a brutalist building and a stealth bomber, and I’ve grown to love it. The sides of the camera have a slight tapering to them but nothing that conveys a curved edge. By all conventional means, this camera should not feel good in the hand, and yet, it’s one of the most comfortable cameras that I’ve had the pleasure to shoot. The camera also has an extended barrel on the front where the lens mount sits (to accommodate for the flange distanced needed to use DSLR lenses on a mirrorless body), it provides additional stability when holding two-handed, allowing to hold onto the barrel instead of the lens (you should never hold a camera by the lens, yet many people do). The barrel also helps keep the body a little more clutter-free by placing the On/Off switch on it. The incorporation of the barrel is more a need of function than form, but it adds to the quirky appeal of the sd Quattro H. 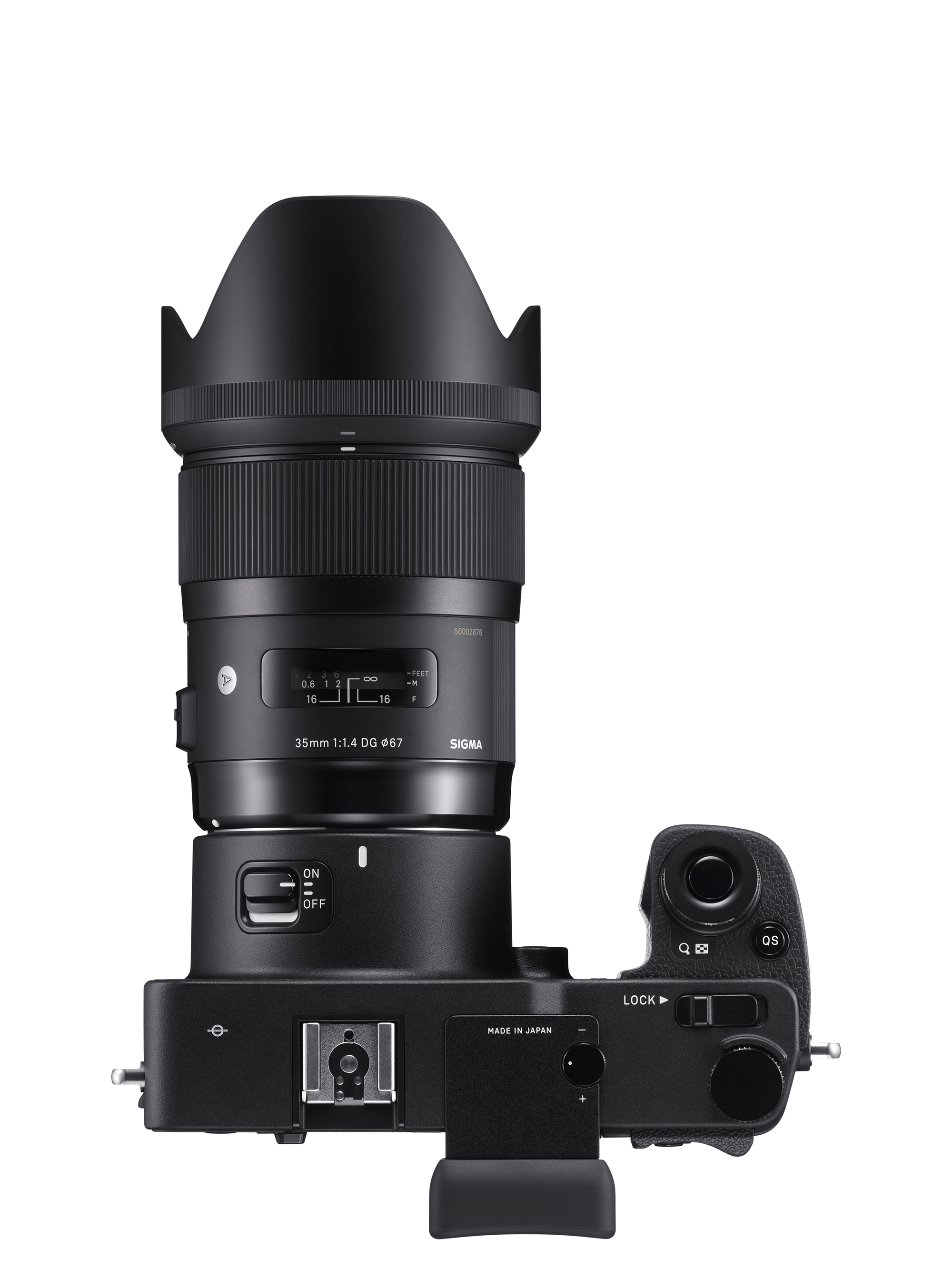 When you first hold the sd Quattro H, your hands are met with the comfortable, and secure feeling grip. It’s stable, balanced, and keeps all the key controls near the shutter with its Quick Settings button. The two jog dials, used for quickly scrolling menus or adjusting shutter and aperture settings, are comfortably placed and didn’t find any issues finding them while shooting. It was comfortable when using for extended periods of time as well. Despite the weight of the camera, a hefty 635 grams without a lens, battery, or card, the beefy grip allowed us to carry the camera without feeling the weight of it for an extended period. In fact, while shooting half of a wedding reception, we found that there was no neck strain from the weight of the camera and strap (nothing fancy, just the included strap was used). 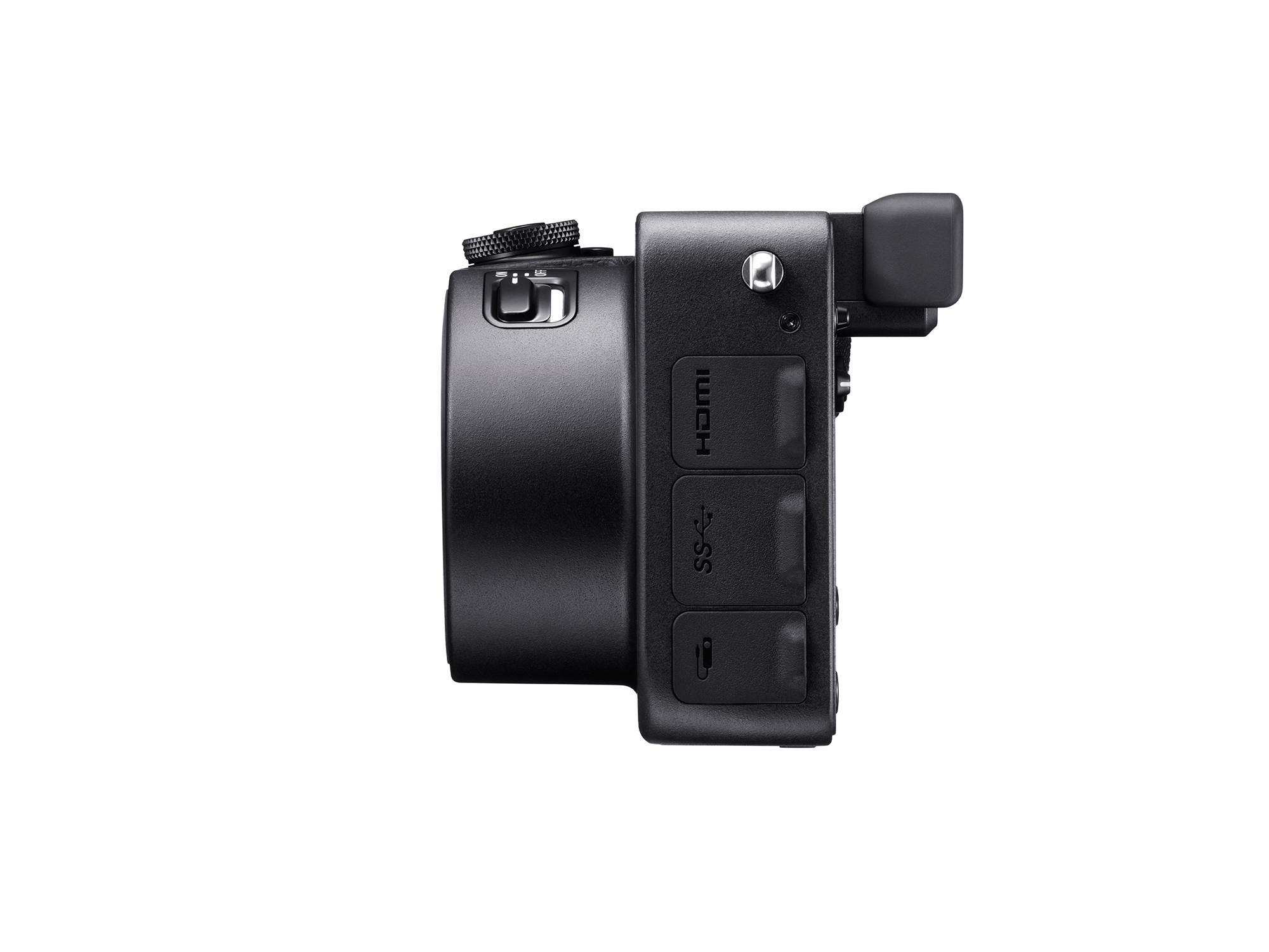 On the rear of the camera, you’ll find how to access the core of the camera’s preview and editing functions. While there are few buttons on the back, the dual monitor set up on the camera takes center stage. The primary display is a bright, 1.62 million-pixel, 3-inch TFT display that’s sharp but we found to not quite ideal to use when using focus peaking. The secondary display, while on paper seemed superfluous, is an efficient addition, specifically when working in direct sunlight or a dimly lit space and you need to get your camera data quickly. The secondary display is similar to the top info display found in the Fujifilm GFX and H-T1; they’re bright, clear, and functional. In our opinion, it’s a far better option than those old Casio watch displays that DSLRs sport and wonder why no one seems to be picking up on this trend.

Overall, we cannot stress this point enough: the sd Quattro H is built like a tank! The magnesium alloy body is rugged down to its battery door locking mechanism. When taking it out or stuffing into your bag, you’re never worried about whether or not that door will open on accident or not. The same can be said for the side SD card slots and input ports. Everything is exceptionally built and has a made-for-pros feeling to it. We tested the sd Quattro H coupled with the Sigma 35mm F1.4 DG ART lens and felt comfortable shooting, no matter the weather conditions. We really can’t say enough good things about the build quality of this camera – it simply inspires you to forget about the environment and focus on making photographs.

A Quick Note on the Foveon Sensor

At the core of any camera system is the sensor. We briefly touched on the history of digital photography and how for the most part, the technology is the same as it was since the early days. Modern imaging sensors are built on CCD image sensors using the Bayer filter mosaic. The short version: this requires each of the sensor’s pixels to be fitted with a color filter (red, blue, or green) and arranged in a four-pixel patter – Red, Green, Green, Blue – to capture color data on the CCD sensor (see image below).

By contrast, Sigma incorporates a different technology called the Foveon sensor. The Foveon sensor uses the light-sensitive properties of silicon to capture light by three individual color layers. There’s no need for arranging individual pixels into a mosaic and allows the sensor to capture more color detail without moiré or blurring that comes from CCD chips paired with anti-aliasing (anti-moiré) filters. According to Sigma’s data, this innovative approach to making sensors allows the Foveon sensor in the sd Quattro H to capture 51-megapixel resolution images from a smaller APS-H sized sensor.

Show Me the Images

Now that we’ve gotten the geekery out of the way, here’s what it comes down to; what do the pictures look like. The Sigma sd Quattro H promises more natural dynamic range in the colors it produces without sacrificing clarity or detail. From our time shooting with the sd Quattro H, we found that the tones in colors it’s able to produce are right on par with what you expect out of a Leica. Sigma was gunning to satisfy even the most particular pixel-peepers in this space, and they can deliver on many of its promises.

During our test we found that colors shifted in tones far more naturally than some full frame cameras out and crushed it when it came time to shooting in Monochrome. The ability to selectively choose between native monochrome DNGs vs desaturating them in a photo editor is not only a time saver but allows you to extract far more detail from the original image and provides a much more natural transition between shadows and highlights. There is no way of saying this other than, you should not be able to capture this much detail and dynamic range from a crop sensor camera.

While the resulting final images are worthy of praise (and lots of oggling), getting to the promised land is not for the faint of heart. When being briefed on the sd Quattro H by a Sigma rep, we were outright warned that this camera could present multiple challenges; specifically, with respects to autofocusing and high ISO performance. The best piece of advice we can pass along to anyone that wants to give this camera a try is to treat it like a single ISO camera. Preferably in the ISO 100 – ISO 800 range. Beyond ISO 800, things begin to get muddy, and while ISO 800 will give you a usable image, this camera seems to perform best at its base ISO level.

If you haven’t already noticed, there’s been no talk of video in this review yet. And there won’t be. This camera lacks video capabilities, Wi-Fi, and Bluetooth connectivity. In fact, this camera is a bit of anomaly in today’s world; it’s strictly a stills camera.

Who Is This For

While we did attempt to put this camera through its paces at a wedding, a trial by fire for any camera, the truth is that the sd Quattro H would be more at home outdoors, shooting landscapes or in a studio where you have total control over lighting your subject. The sd Quattro H’s slow autofocus was difficult to work with, and while we knew this going in, we didn’t expect it to suffer the way it did. Had we been hired to shoot this wedding, we’d be in full damage control mode dealing with a heartbroken couple. It’s not so much that the sd Quattro H is unreliable; it’s a particular tool, for a particular set of photographers.

Shooting with the Sigma sd Quattro H is all about the process of making photographs. If you’re a stickler for the technical aspects of photography – understanding lighting and how it affects your subject. Creating a mood with light or getting the most minute detail out of a sweeping vista, the sd Quattro H is hard to beat. It’s the only camera available that can be easily converted into an IR camera and back without voiding a warranty or spending additional money. For the amount of resolution that this camera is capable of putting out, it’s the closest to a digital medium format camera you can get at under $2,000. While we cannot recommend this camera for everyone, we have to give Sigma their props for being willing to push the tech envelope with the sd Quattro H. Currently priced at $1100 (body-only), it’s not a whole lot of money for retina-melting resolution. You’re just going to have to work for every shot you make. Trust the process.