May 8th was the release of the second installment DLC since Destiny 2’s original release last September. First it was Curse of Osiris and here we are with Warmind. Does Warmind separate itself from Curse of Osiris? If so, is it enough keep Destiny players playing? 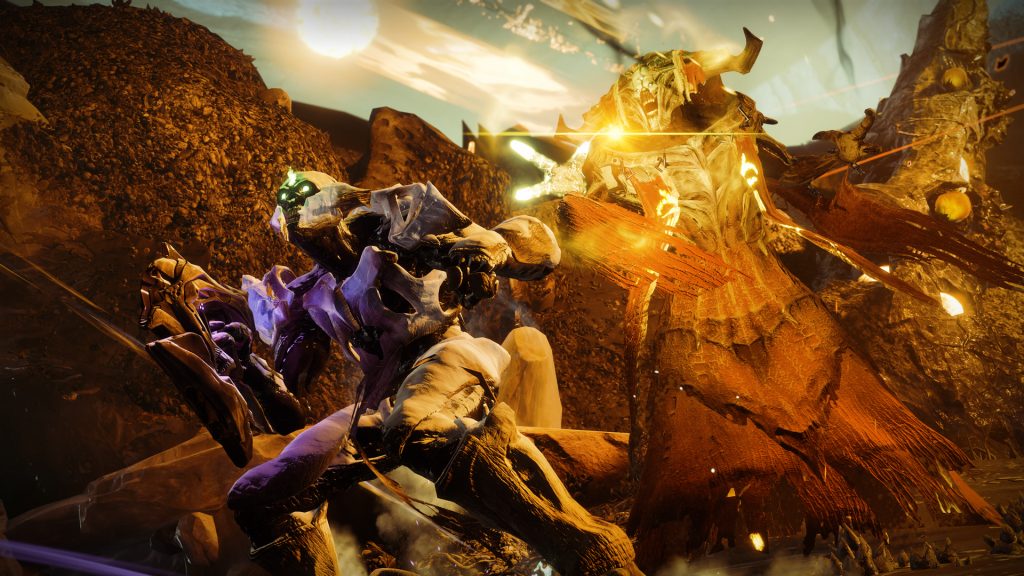 The story of Warmind is complexed, at least to me. The Guardians find themselves on Mars, the Cabal home planet. It’s
been discovered that the Hive are attempting to hack Rasputin and use him to take over Mars. After the death of Oryx, the hive were left without direction. Oryx’s son Nokris and Xol the Worm God have reappeared to try and take the planet in order to rekindle their journey of domination from where Oryx left off. The remains of the Red Legion also want in. Considering that Mars is their home planet you can imagine that they aren’t happy about the Hive being there. So on top having to battle the Hive, the guardians have remnants of the Cabal to deal with. Killing Ghaul and Calus certainly didn’t finish off the Cabal. You’ll need help to navigate Mars. 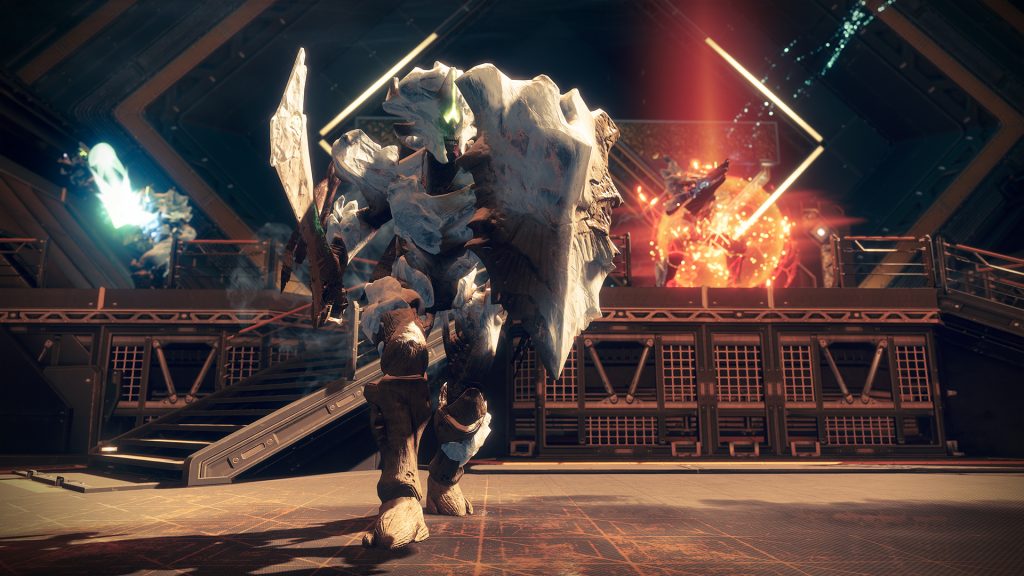 Enter, Ana Bray. She is a very powerful guardian from the Destiny lore and a relative of the Bray’s who started the Clovis Bray corporation during the Golden Age on Earth. They are also the family that created Rasputin. Not much is known about Rasputin except it is a fickle and reluctant ally that doesn’t seem to have any allegiance to either its creators or the guardians which is why I assume it’s important that the guardians get to him first. It’s all about the Warmind.

CHANGES TO THE GAME

Not surprisingly, Warmind isn’t really any different from any other DLC Bungie has put out to date. There are some changes to the game that improve it and there are some that I don’t understand.

Difficulty – Warmind’s overall difficulty is the main thing about the DLC that I don’t understand. The Heroic strikes are hard AF. Unless you have 30 minutes or so to dedicate every time you want to do a heroic strike then I would avoid them altogether. I won’t even get into the Escalation Protocol which starts at light level 380. Good luck getting past the first wave

Loot System and leveling up – The loot system associated with the overall grind is still a clusterf–k. After all these years of playing Destiny, Bungie still hasn’t figured out how to make the grind worthwhile. Destiny players don’t mind the grind but it has to be worth something. When I started the Warmind DLC my guardian was at level 321. I hadn’t played in awhile but once I got back into it, leveling up my character was pretty easy as it always is in the beginning. Once I hit 340 is when leveling up your character slows down drastically, almost to a complete stop. It annoys me right away that I now have to dedicate so much time just to level up 40 more points only for the Heroic strikes to still be hard AF and lengthy. That means that i’ll probably have to run the raid again (which I don’t want to do) or wait a week until the refresh and try to see what gear I can get that week. At this stage of playing Destiny, It’s not that much fun anymore.

Exotics have been the biggest change that I’ve noticed with this new expansion. While we didn’t get a bunch of new exotics in this expansion, we did get some really cool new ones. The best of the exotic additions are with the weapons. Early Destiny 2 exotics that Bungie reengineered to make much better than they were originally are the stars in this DLC. The Riskrunner and Graviton Lance just to name two are vastly different than what they were when you did the original Red War story. They’re so much more fun to use as they can actually do some serious damage to the ebnemy if leveled up properly. The Sleeper Simulant makes it’s return to Destiny 2 although I don’t know how useful it will be in this game. I still think it’s a niche weapon. Some will use it, most won’t. There’s some new exotic armor that stands out as well but the weapons are the best of them. Legendary armor as you can expect will be new based on DLC so there is some Ana Bray armor and some newer Legendary armor. Nice stuff, nothing too crazy. 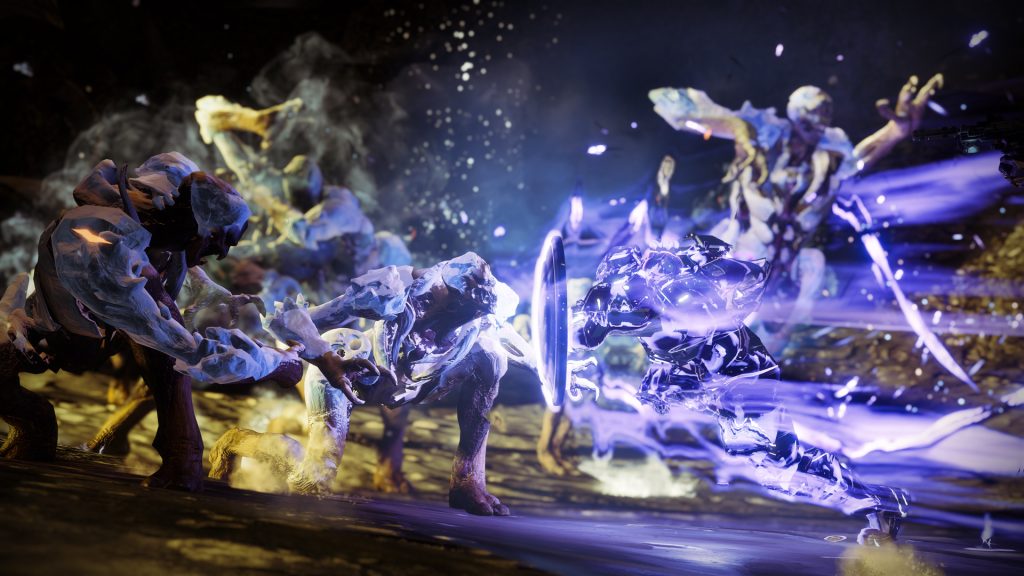 The “new” strikes in Warmind aren’t really new. They’re recycled strikes with updated ads. The only true addition to the strike is the Sony exclusive strike “Insight Terminus”, sorry Xbox One and PC players. There also aren’t any notable changes to the Nightfall or any of the other strikes except for what seems like a difficulty buff for the heroic strikes. They are as hard as the Nightfall. Maybe it’s just me, each heroic strike I attempted took at least 30 mins to tackle so going in even slightly under level is a no-no.

The Crucible has actually gotten better over time. If there is one thing that Bungie put the most work into, it’s the PvP. Crucible is still for the most part 4v4 except for the Iron Banner. Now, Lord Shaxx gives you two emblems that allow you to gain or lose status as you do more and more PvP matches. Valor is the stat that gives you points just for playing in the crucible. Glory is the stat that gives you points or takes away points depending on how you fare in the Crucible, so basically, win your matches. The more matches you play the more crucible xp you receive and ultimately it leads to loot. I would imagine that the Glory loot would be better since it’s a lot harder so go for glory. In order to take advantage of the stat perks you must wear one of the emblems that Shaxx gives you when you start Warmind and hit the tower. 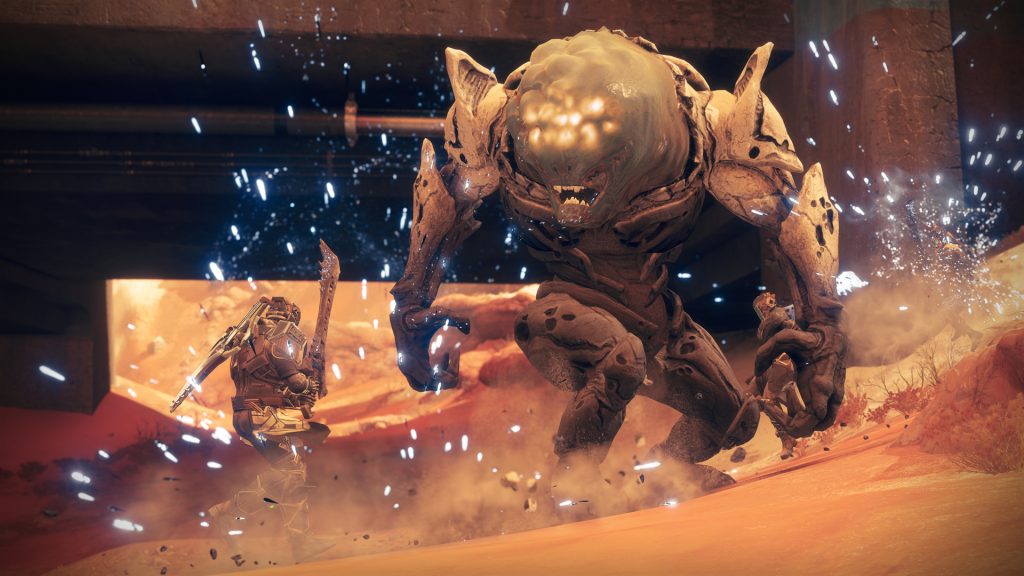 Public Events are still the same, tons of fun and quick way to level up and farm for legendary and the occasional exotic drop. The addition to the Public event comes in the form of Escalation Protocol. It’s a horde mode style event where you fend off waves of hive coming at you. This event is not for the faint of heart. It is relentless. You will need help and really good weapons. This comes with a 380 light level just to join the event. It’s not a joke and proceed with caution. There are seven waves in total plus a boss. Good luck.

The Spire of Stars Raid Lair is the crown jewel of Warmind. Just like the raids it is the most complex and team coordinated event that Destiny has. As of this moment I haven’t been able to assemble a team to play the raid lair so I can speak intelligently on it but from what I’ve seen. It looks incredible and difficult and I want that challenge. I actually cannot wait to get in on the raid lair.

SOME IMPROVEMENT BUT SAME OL DESTINY 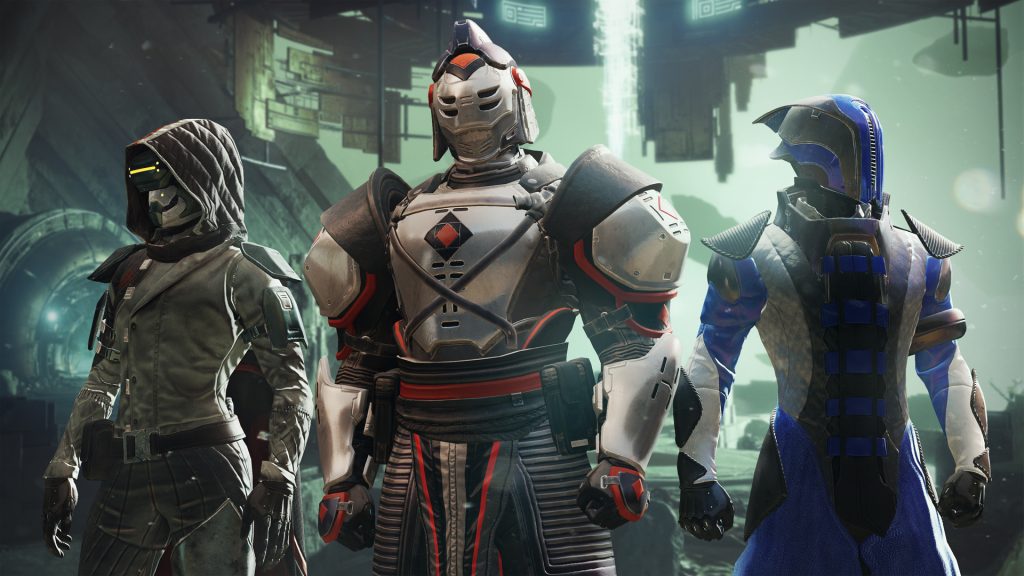 Sigh. Where do I begin? Warmind isn’t that bad. It isn’t that good either. While it does address a few of the things that Destiny players have been complaining about for quite some time it doesn’t make you feel as if you’re getting much more than that for your money considering these issues should have been addressed a long time ago anyway. I want to like Warmind but there’s just too much wrong and too little of it that it just doesn’t make it worth $20. Of course this is subjective and if you’re a Destiny loyalist then you’ll probably like Warmind a great deal but if you’re more casual then you’ll probably look at this DLC as $20 better spent on something else. 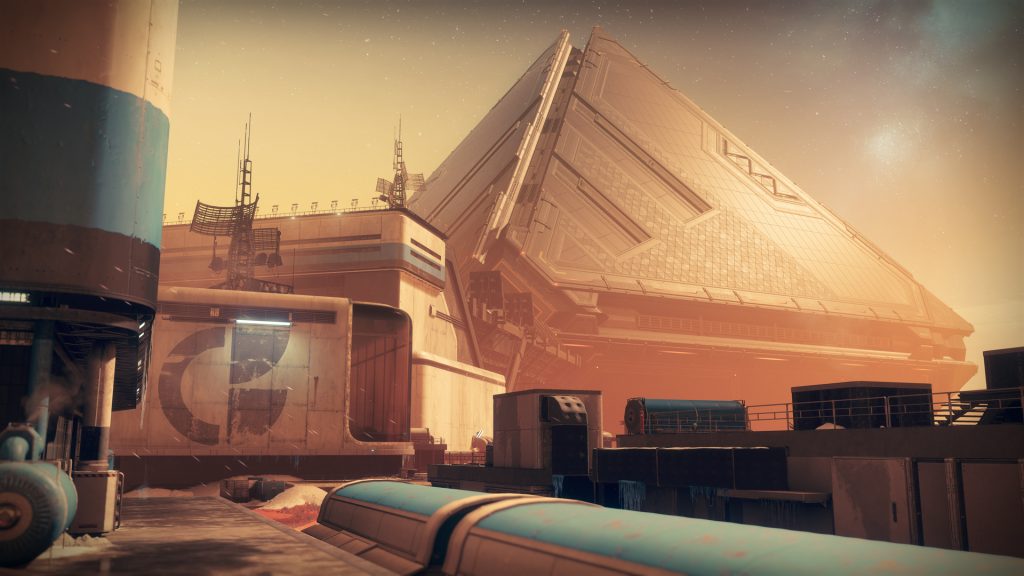 The Warmind story is incredibly short, Strikes aren’t really new even with the Sony “exclusive” strike. The Warmind DLC is a very close ended DLC just like the Curse of Osiris. Anybody seen Osiris lately? Exactly. The same problems that plagued Destiny still plague Destiny. It’s why players are leaving. It’s hard to tell who Bungie is trying to appeal to at this point. Are they trying to keep their hardcore fans or bring in more casual players. With this DLC I can’t see how they are trying to reel in the casual player. Have they thrown their hands up and said “F it”? Harsh criticism aside, I’ll remain a player of Destiny. Mostly because I like to start something and see it through. I’ve been playing since the beta and for all it’s flaws Destiny still has some of THE BEST gunplay in a game to date. It’s unmatched. They just have to work on their storytelling and follow through with said story. The Taken King is still by far Destiny’s best DLC to date and it’s not even close. It felt like a whole new game. That’s what DLC should feel like if we’re gonna spend $20. This does not feel like that. It’s very House of Wolves like and that’s not a good thing. I’m going to see how long I can play before I lose interest. Right now I’m at level 349 and it’ll probably take me a few weeks to get to 380. Ugh.