We all have those PC games that we wish we could play with friends that only play console-based games. Well if you are a fan of H1Z1, today is your lucky day. Today in San Diego Daybreak Games announced that it is releasing a version of H1Z1 on the PlayStation 4. Daybreak also mentioned that the open beta will begin on May 22nd, 2018 and end on May 24th. It will have all the features that it had on PC plus more. Typically, when a game moves from PC to console it can lose some of its gameplay that makes it exciting to play in the first place. Daybreak is making sure this is not the case with the early beta testing. Fan feedback plus any additional input on the developer end will be key to the future and final release. 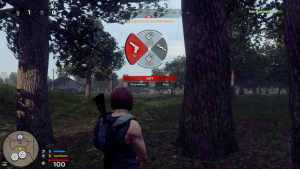 I was not very familiar with this game, so I took some time to check out some gameplay on it and I liked what I saw. In the current game climate, games like PUBG and Fortnite reign supreme so it makes sense that we’re getting H1Z1 and I’m sure those players who don’t necessarily want to play the aforementioned games will have a good time with this one. Personally, I don’t play of these types of games, only because I like starting out with a weapon but this is something I can see myself getting into. I look forward to this release so I can drop in with a team and have some fun taking out other players. Look out for this title.

Comment Below if you are excited about H1Z1 coming to PlayStation 4.