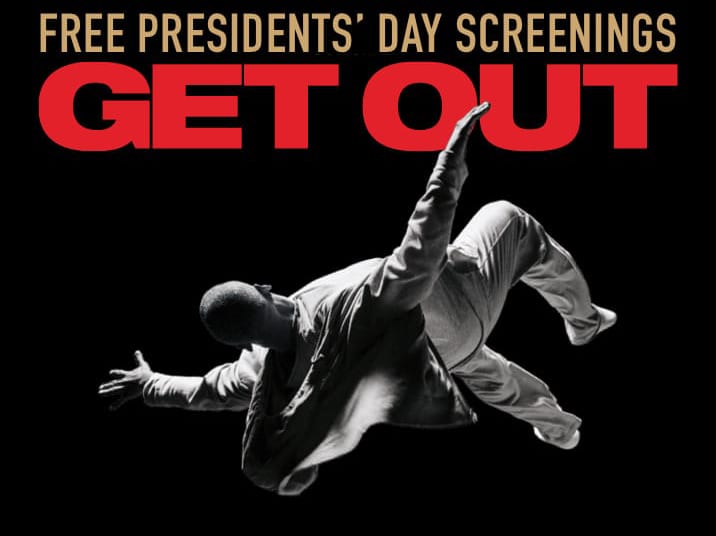 Get Out was quite a departure from what anyone expected. Almost a year later after its theatrical release, the film has not only found critic acclaim but its making history. Nominated for Best Original Screenplay, Best Director for Jordan Peele, Best Actor for Daniel Kaluuya as well as the coveted Best Picture.

In order to honor the film for its many successes. As the films one year anniversary approaches, Universal Pictures is re-releasing Get Out in select AMC Theaters on President’s Day, February 19, for free.

Here’s the rundown:
Only available at one of 55 participating AMC Theaters. The screening takes place this Monday, February 19th at 7:00 pm. The free tickets will be available on a first-come, first-served basis and may only be picked up at the AMC box office that day, each guest must present a valid ID to receive their ticket, with a limit of one free ticket for each ID presented, while supplies last.

To find a participating theater click the link below.

A special thank you from the man himself.