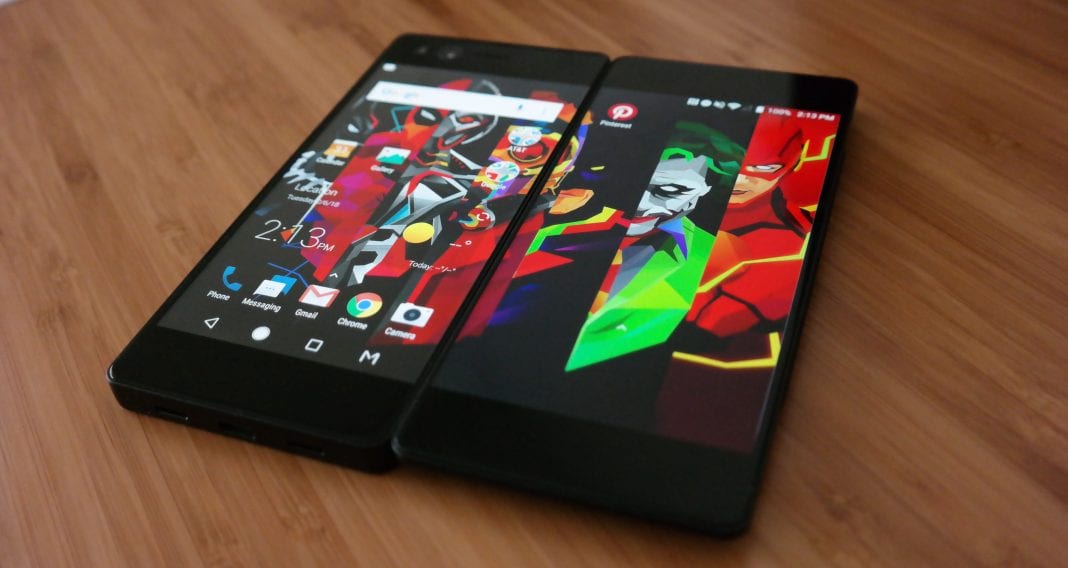 I remember being at the launch event for the ZTE Axon M and everyone had quite the surprise on their faces. It was a change of pace from ZTE who previously came out with the Axon Pro and Axon 7 that offered premium goods at a fraction of the price of higher tiered competitors. With the Axon M they kind of went in a different direction to show you two screens are better than one but can they succeed where Kyocera(Echo) and even Sony(Tablet P) have failed in the past?

The Axon M is a slippery slab of a phone as it houses two 5.2” 1080p FHD displays coated in Gorilla Glass 5. From left to right you are getting edge to edge on each side but there are those glaring black bars on the top and bottom. The fact the phone has glass on the back and front makes it slide off just about every surface. I will give it this the phone is durable. The Axon M has slid off my desk various times as well as a speaker for my TV. Camera sits at the top all by its lonesome. On the top of the phone is a headphone jack and bottom is Type C and audio speakers. It does have a fingerprint scanner that works pretty good, volume rocker and a dedicated camera button.

In the specs department it’s a combo of hits and misses. As far as audio is concerned they have thrown some codecs in there for Dolby Atmos, it has 4GB RAM and 64GB storage. ZTE has opted to use a year old Snapdragon 821 chipset and it uses an Adreno 531 GPU. There is a 3,180mAh battery that utilizes quick charging but I personally haven’t seen it charge all that fast to be honest. The Axon M with these specs moves at a steady speed when transitioning from mode to mode or firing up some apps here and there. 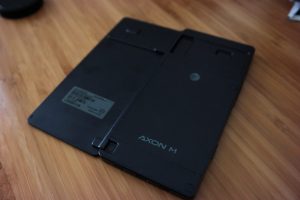 With its dual screen design the Axon M can feel uneven at times such most of the tech is in the left panel while firing everything else to the right. Also speakers I would prefer maybe where they had all that space on first. I found myself covering the speakers half the time holding on the phone unfortunately when trying to perform multitasking.

In terms of UI its using Android 7.1.2 and looks pretty close to stock android.The only thing that stands out is its Dual Screen capabilities. They in options such as Traditional, Mirror, Dual, and Extended. Extended is supposed to give you one huge 6.75” display for which you can play games on or watch a show on. Unfortunately the huge divider that separate 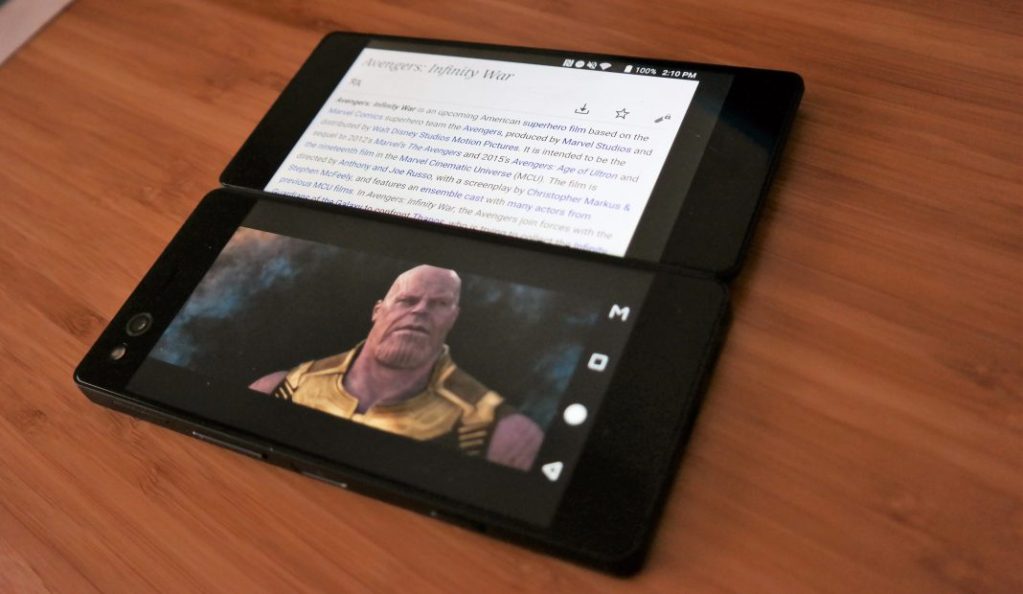 screen from screen is a glaring eye sore and you can’t help but notice it. Mirror Mode is cool if you want to place the Axon M on a table, share the same content with someone else say you are playing a game or even watching the same show. Dual works in the sense if you really need to do two things at once. You can watch some YouTube on one screen and jot down some info or fire off some texts on the other. I did try that in some spots and it works as advertised.

I respect ZTE for trying something different(but not new) as we have grown accustomed to a candy bar style of smartphone but right now that form factor is working. Especially with behemoth displays getting over 6” depending which phone you use. I think it has potential but I’d like to see maybe if ZTE can do it without the glaring fold in the middle, utilize more screen real estate and also not make the glass so glossy. The price tag isn’t going to garner much buyers too with its coming out to $724 and is exclusively under the AT&T brand.