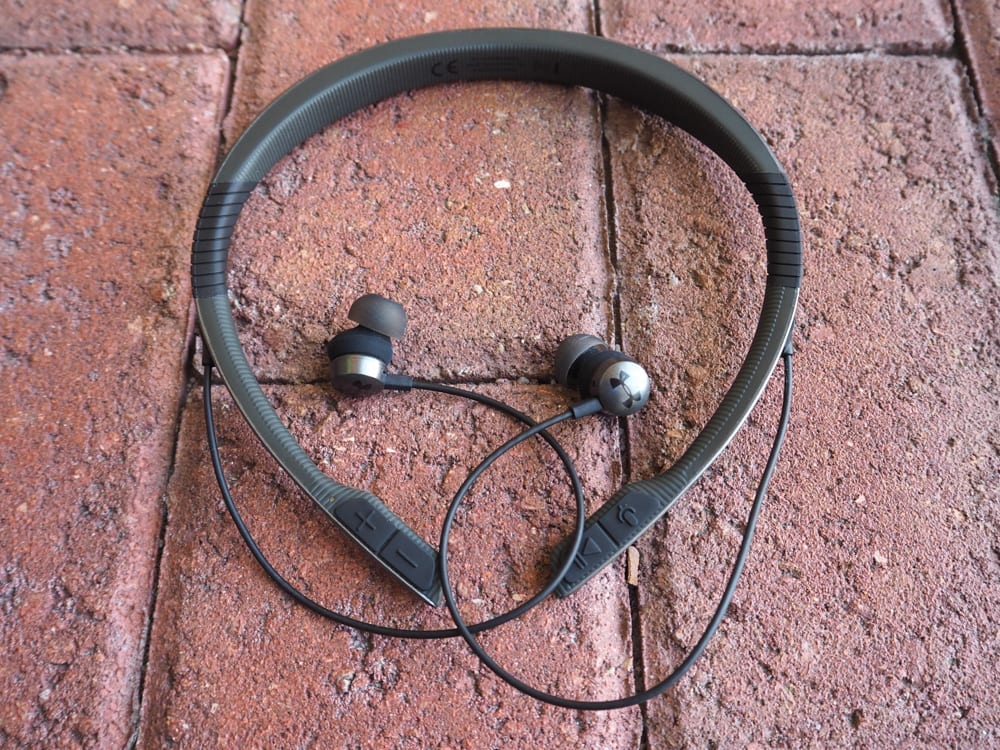 For the past few years, Under Armour has been trying to make a bigger push into hardware related fitness gear. Already known for their clothing and footwear, Under Armour has been expanding into fitness smart gear and their latest is the Under Armour Sport Wireless Flex headphones. Made by JBL, these are similar to the JBL Reflect Fit I reviewed a few months back, but with a slightly different look and several different features that help set it apart. 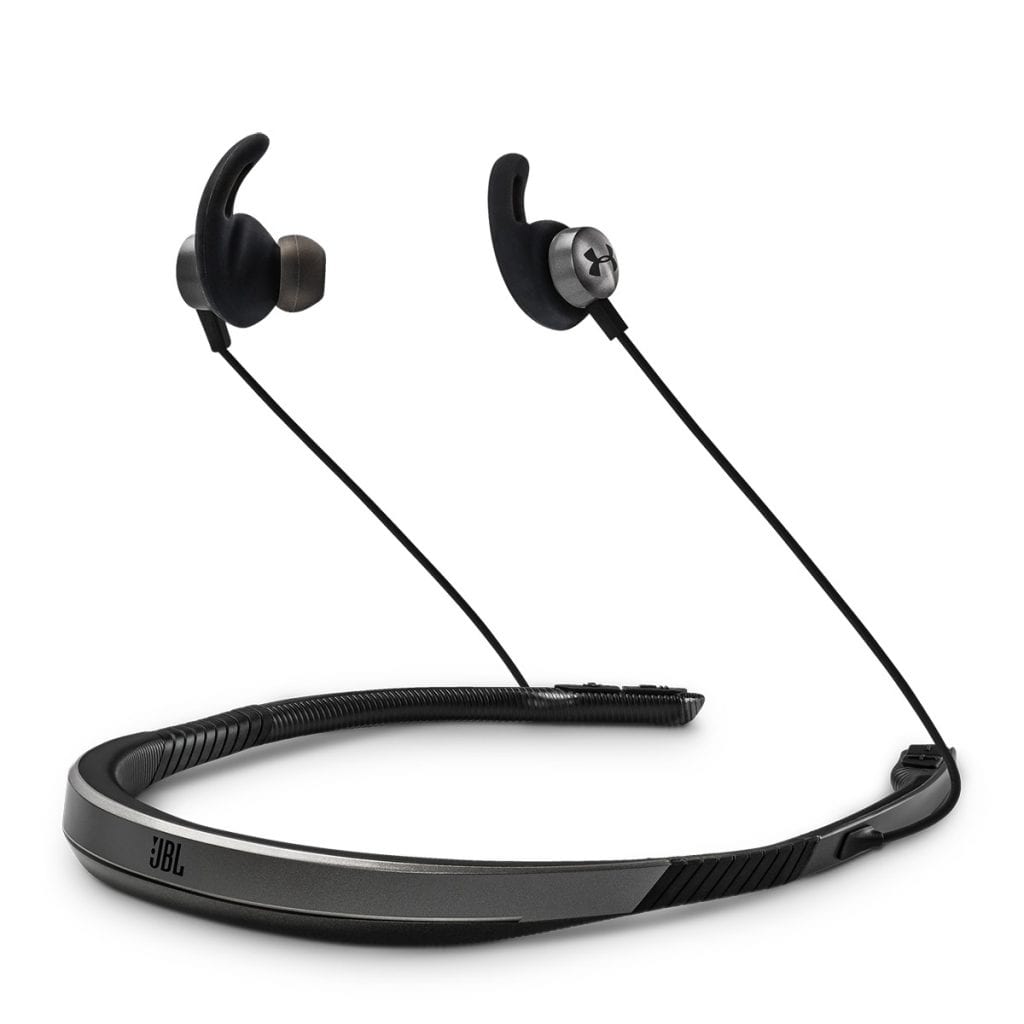 The neckband has a predominantly plastic feel to it and isn’t coated in a soft touch material like the JBL Reflect Fit. The Flex Zones are rubberized though, as are the buttons.

The earbuds feature Flex Fit ear tips for comfort and magnets to keep them secure when not in use. There are a couple different sizes you can switch to included in the box and in my case, I had to swap to a slightly smaller size. 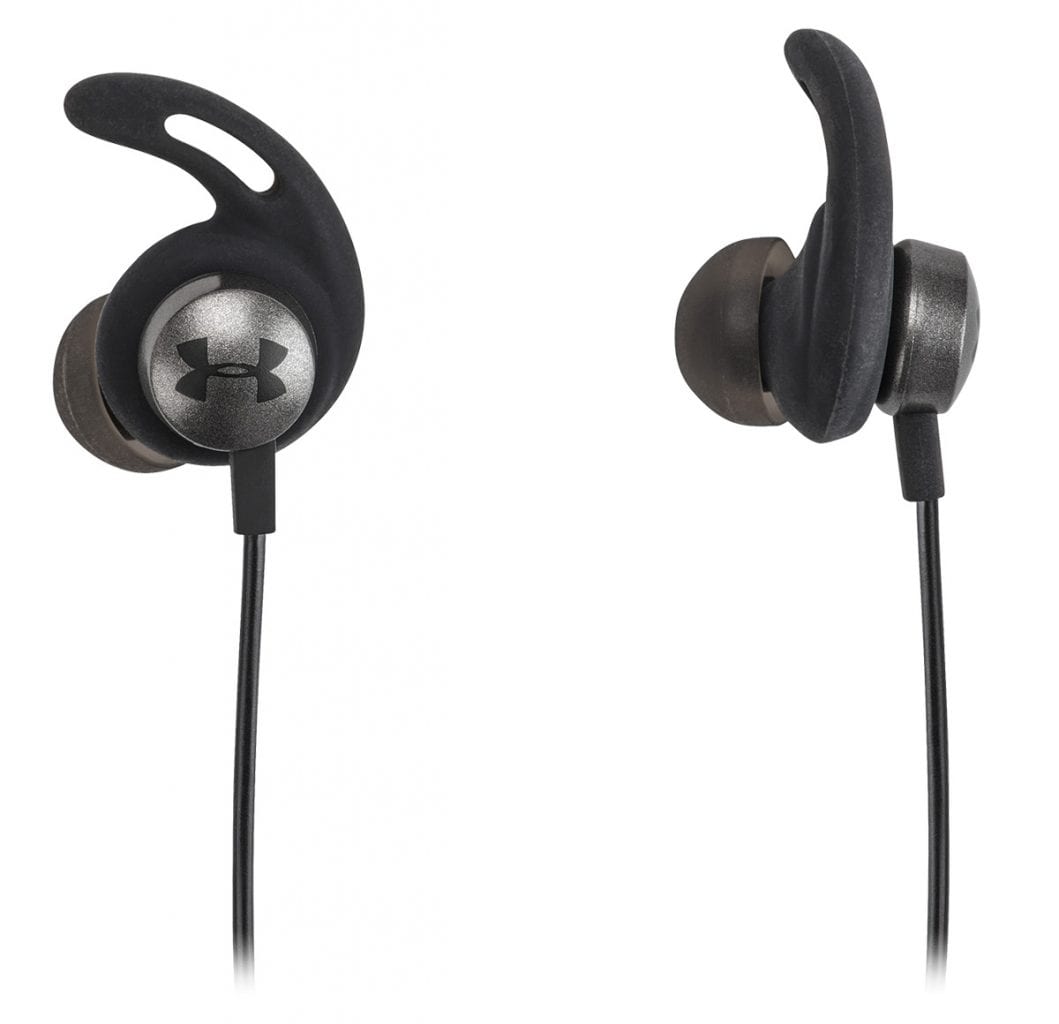 The Under Armour Sport Wireless Flex are a bit more comfortable to wear than the JBL Reflect Fit were and that’s mainly due to the band being a bit wider and more adjustable. You can adjust it to be tighter if needed and as loose as you want it to be.

There are four buttons on the neckband you’ll be using. On the left is the play/pause button which is also the on/off button. Next to that is the button the controls the LED lights. Press once to turn and and again to change the way the lights pulse. Keep tapping to change the pattern or turn them off. On the right side are the two buttons used for volume control. You can also use there to skip songs or go back a track.

You will notice here that the Under Armour Sport Wireless Flex does not have an included heartrate monitor like the JBL Reflect Fit does. It’s also lacking a battery indicator on your smartphone. What I mean by that is that sometimes next to the Bluetooth icon, you’ll see an indicator for how much power you have left. The UA Sport Wireless Flex does not have this. Is it a deal breaker? Not really, but it would have been a nice option to have.

As for the sound, the Under Armour Sport Wireless Flex do a pretty good job of pumping out your tracks. They sound pretty good with distinctive highs, mids, and bass. The only small issue I have with it is that sometimes, you can hear a faint hissing sound in the background. You won’t notice it much when the music is going but you can hear it when there silence between tracks or when the music is really low. 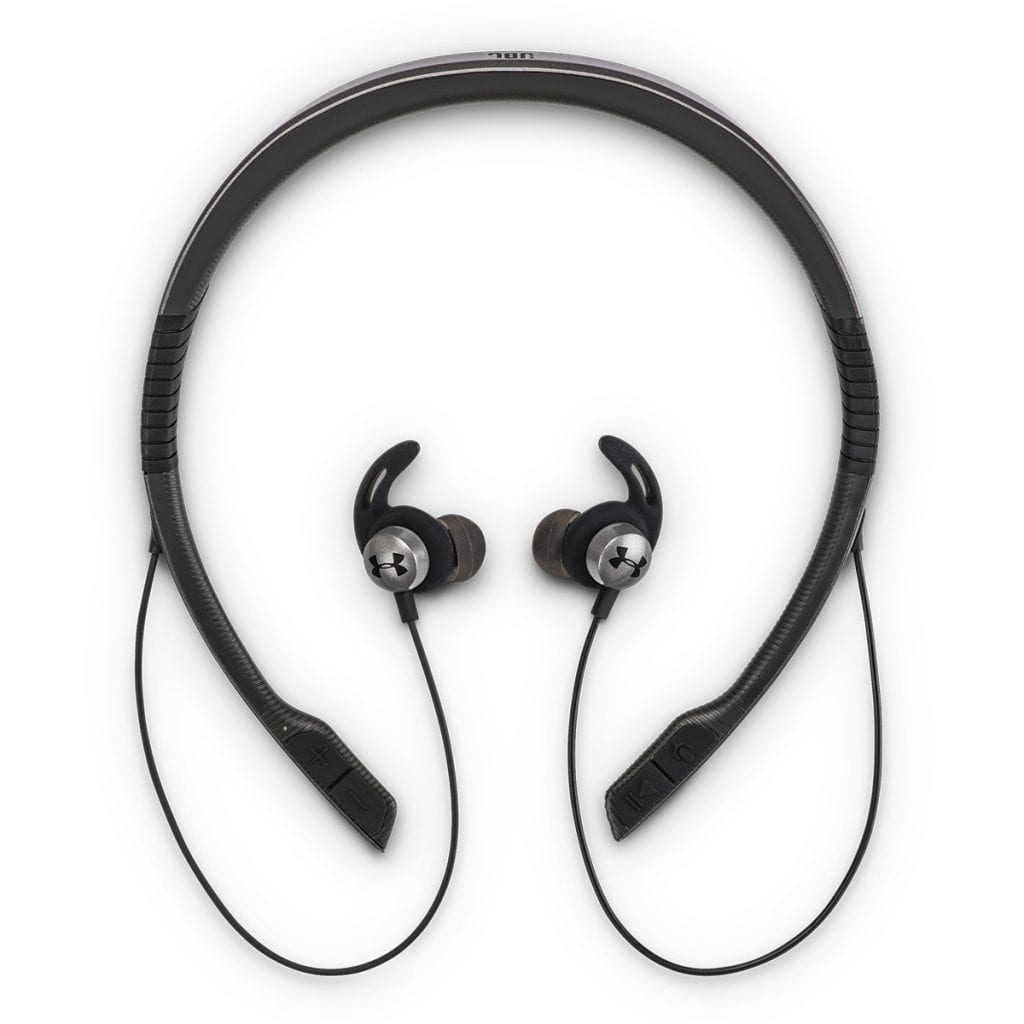 Those looking for a set of ear buds that are comfortable and good for working out with, give the Under Armor Sport Wireless Flex a look. They sound good, are comfortable, and they help keep the wires out of your way when working out. Night time runners will appreciate the bright LED lights on the rear and the controls make it easy to do all you need without having to pull your phone out.

The only feature really missing from these workout headphones is a built in heartrate monitor. If you already have another device that has heartrate monitoring, then this isn’t really an issue, but if you don’t, just know that these don’t have them like the JBL Reflect Fit does.

Despite this, the Under Armour Sport Wireless Flex are very good wireless sport headphones that are not only comfy, but sound relativity good. They’ll keep up with your active lifestyle and make sure to never slow you down.