When I’m not traveling around NYC rocking some sweet audio cans I tend to do a great deal of music listening at home. As you seen this year has been pretty big for smart speakers particularly with those from Alexa such as their variety of Echo speakers while Google’s size has been Home and recently Home Mini.

Alexa has pretty much been crafted into some higher quality speakers while Google Assistant was left hanging till they teamed up with JBL. Couple months back I got to experience their lineup of JBL Link speakers and take one home which could be considered the mid-ranger in the series called JBL Link 20. 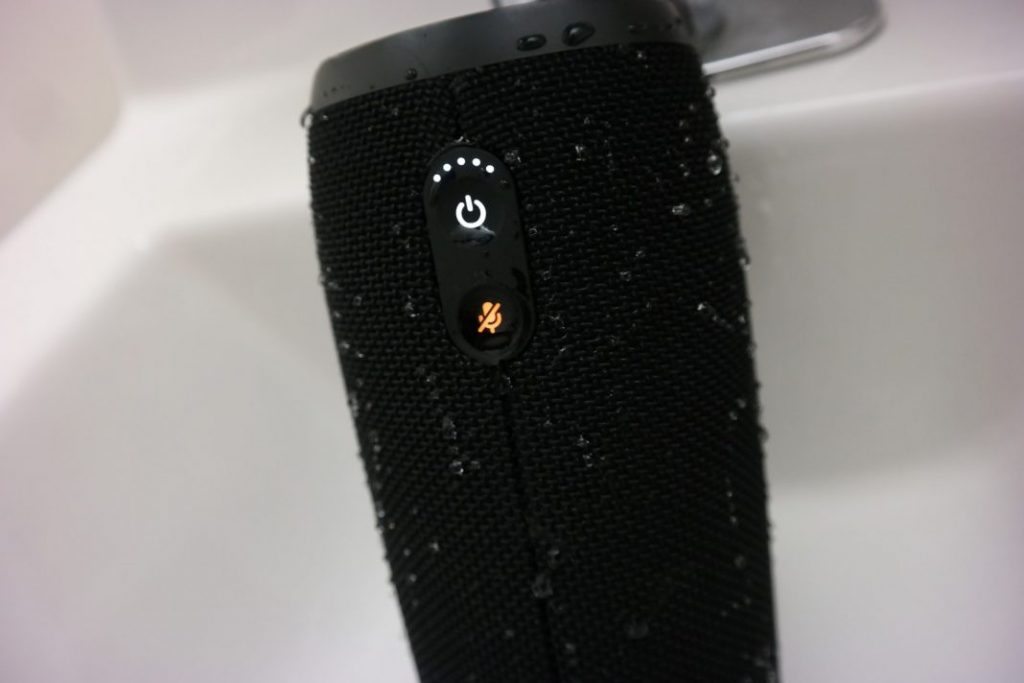 At first glance the JBL Link 20 can have a familiar look to it as it is cylinder based like others in JBL series of speakers like the Charge 3 and Pulse 3. It is wrapped in a knit mesh design reminiscent of the UE Boom series of speakers. Link 20 is encased in rubber at the top and bottom for two reasons. One to assist with waterproofing thanks to its IPX67 rating and also to keep the speaker from moving when jamming tunes on it. On the bottom is an enclosure for charging via microUSB and also a WiFi indicator light. Head on over to the top and you have volume controls, bluetooth, play/pause and Google Assistant button. 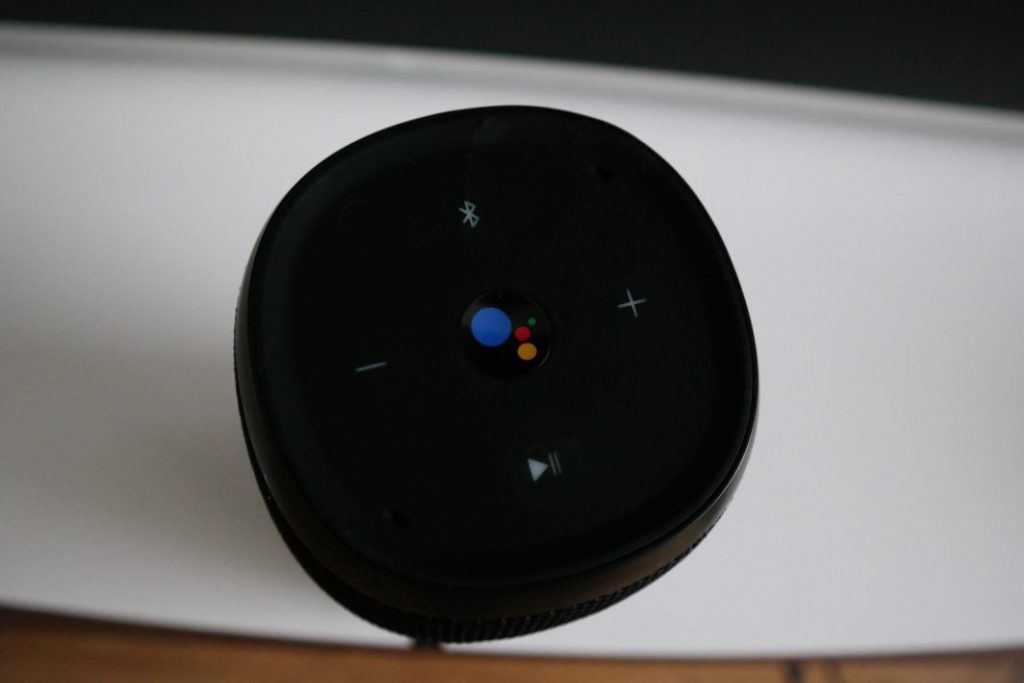 The JBL Link Series of speakers is one of the first brands on the market to have Google Assistant Built-In and to do it right. With the JBL Link 20 you are getting portability and can take Google with you whether it’s the kitchen, bedroom or even the bathroom. I tend to grab it and take it all over the house. Its 6,000mAh battery life is pretty decent with it giving you about 10 hours of play time. I’d advise though when you aren’t using it to plug it up because otherwise you can come to a dead speaker and need to charge it.

Also if its off and powering it on it takes a couple of minutes to boot up as it also has to sync back into the Google ecosystem. But it’s frankly the only Google equipped speaker you can take outside the home and use it as a regular portable speaker thanks to its ability to use bluetooth as well.

What’s good about it having Google built-in and WiFi you are also getting Google Cast. This meaning you can boot up your Spotify or Google Play Music app and play music right out the app and sync. This is good when you are tired of saying “Hey Google.. Play…” and you get a totally thing then you requested.

Compared to other speakers such as the Google Home and Mini which I have in other parts of the household, the JBL Link 20 holds its own in the sound department. It has audio drivers on each side to give it you that 360 surround sound. So it doesn’t matter where you are standing in the room just don’t keep it enclosed in a bookshelf somewhere. Also each side is a mic to help you pick up that “Ok Google” phrase no matter where you are standing. Going back to the sound, clarity is there with the JBL Link 20 with sound being punchy with some bass but it’s not heavy even on hard-hitting tracks. 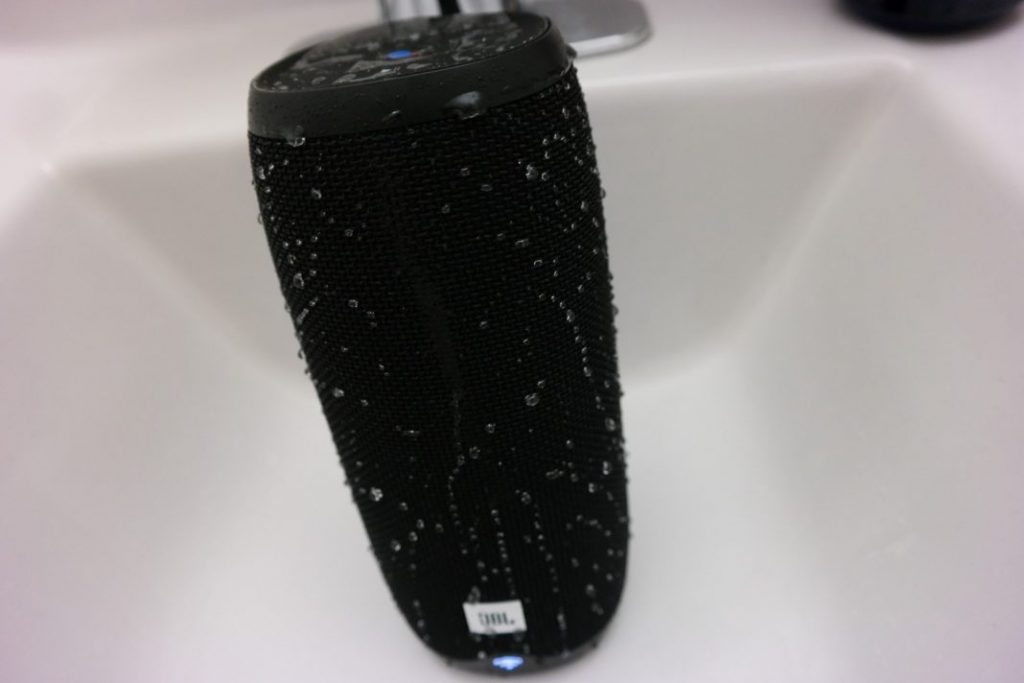 There isn’t a audio jack on the JBL Link 20 but it’s not something I miss or frankly use on portable speakers all that much so it’s not an issue for me but it might for those that want to hardwire in.

The smart speaker arena is getting bigger but JBL has a hit on their heads with the JBL Link 20. Battery life is decent and you can turn it as a stationary Google Home 24/7 if you keep it plugged in. Audio quality is on point even thought I could use a bit more bass in some of my tunes. Price tag might be a bit up there at $199.99 but I think it puts it in range with other high-end speakers and for waterproofing and Google built-in its a speaker to bet on. If you aren’t a fan of Alexa and tend to steer more towards Google you may want to give the JBL Link 20 a listen.